The team behind the forthcoming China Live (644 and 660 Broadway) understands that it might seem a bit odd to bring an ambitious, multi-level Chinese food-centered retail and restaurant space to an already busy corridor of Chinatown. But they say they don't want to usurp Chinatown's culture—they want to preserve, protect and promote it. "We're trying to respect the past, but also look forward to the future," said Richard Miyashiro, managing partner and director of operations for China Live.

"We're going to augment the neighborhood, not compete," echoed Janine Shiota, China Live's director of programming and corporate communications. According to Shiota, China Live will offer a carefully curated selection of organic products, and focus on authentic types of Chinese cuisine, rather than Americanized Chinese food. They expect to hire at least 300 employees, and are aiming to hire a number of Chinatown locals. "We want people who will understand the products we're bringing and the products we're using," she said.

China Live, which has been described as the "Eataly of Chinese food," is currently in the buildout stage, with a planned October opening. It'll include several concepts:

"George's depth of historical knowledge of Chinese cuisine and culture gives us a starting point," said managing partner Miyashiro, whose own resume includes Boulevard, Kitchen Door and Hakkasan. "It is one of the great cuisines of the world." Shiota added that China Live will explore all eight great styles of Chinese cooking. "He's going to get inspiration from everywhere," she said of Chen.

China Live is aiming to attract a wide swath of the community, including FiDi workers for lunch in the Market Restaurant and dinner at Eight Tables; neighbors looking for products they recognize but can't find elsewhere in Chinatown; locals who might not be familiar with Chinese cooking or products, and want to learn more; and of course, hungry tourists eager for a cultural experience. "We think we're going to serve everybody at different times of day," Shiota said. They plan to showcase local products like Red Blossom Tea Company teas, and offer walking tours of Chinatown. 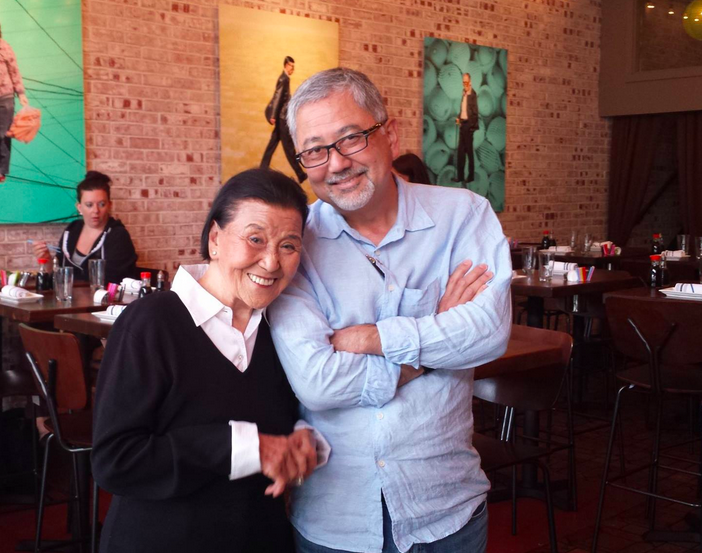 Shiota said that China Live hopes to impart the nuances of Chinese cooking to younger generations who might have watched their grandmother prepare dishes, but didn't understand everything that went into them. It will be a "beautiful, modern platform for intergenerational conversation," she said. "We want people to be culturally curious," she added. "It's not just tea. It's not just food. It's about the culture itself." Even the dishes and uniforms have a story behind them, and the team has been in touch with the building's original architect, Phillip Choy. 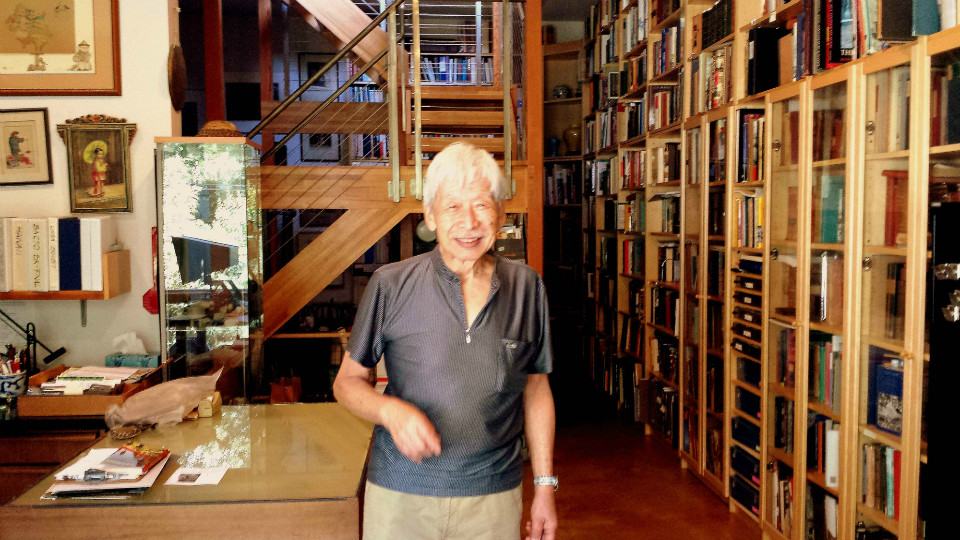 China Live is part of a larger 42,500-square-foot development that also houses the offices of the San Francisco Film Society (on the fourth floor), and will eventually include filmmaking offices and the Speakeasy interactive theater on the lower level.

The larger 644 Broadway building was originally the home of the Palace Theater, dating from 1909. It was torn down and rebuilt in 1984 as a four-story building on top of a 437-seat theater, called the World Theater. Most recently, three of the building's floors housed Gold Mountain Restaurant, one of the largest dim sum spaces in the country.

The building at 660 Broadway was most recently a pet store, but was once the Peppermint Lounge, which hosted musical acts like Paul Revere and the Raiders and Little Richard in the mid-1960s. 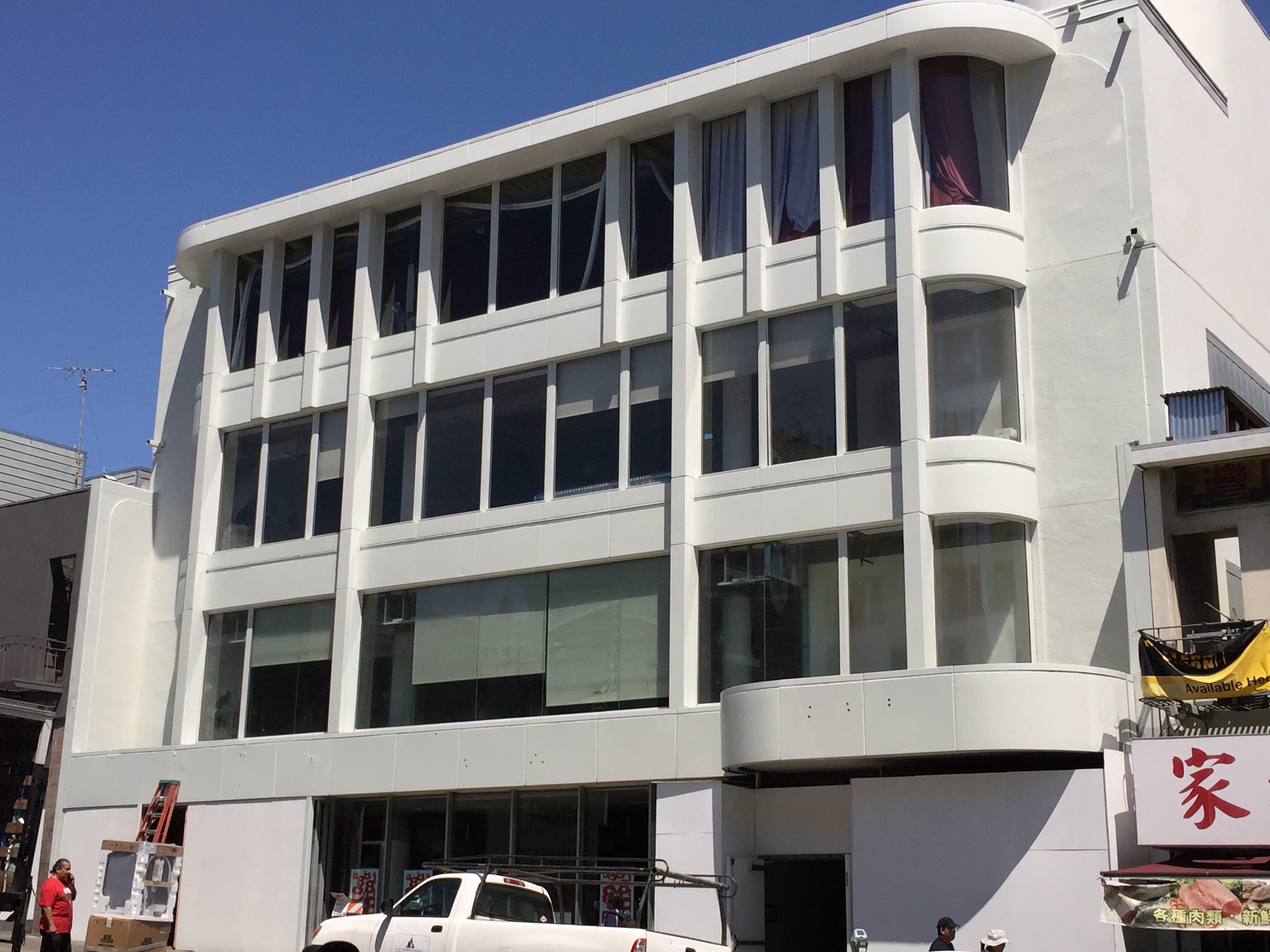 Cypress Properties Group, LLC is the developer for 644 and 660 Broadway. Principal Jeff Lee says the company wants to retain the "gut and essence and soul" of the buildings and expand upon them as a cultural and entertainment hub—and hopefully bring back a little nightlife to the area, which has suffered in that department in recent years. "It's almost like what was here is being recreated, but new and improved," he said.

Cypress bought 644 Broadway for $8.5 million, or about $200 per square foot, which Lee said allows the company to rent it to cultural and creative enterprises at reasonable rates. The building at 660 Broadway cost $3.5 million.

Lee's business partner, Chris Wight, said the idea is to promote synergy among the food, film and theater projects under one roof. "The hope is they get together for a beer in the cafe and come up with their next great idea," he said.