Sliding Back In Time With The Chutes Of Fillmore Street

Stand at Fillmore and Eddy today, and you won't see any signs of former amusement park the Fillmore Chutes, which stood on that corner for six years in the early 1900s. Yes, before Fillmore Street was a jazz mecca, and before it underwent a massive transformation in the mid 20th century, it was home to rows of Victorian houses, wide streets, a healthy number of streetcars, and a large rollercoaster packed with thrill seekers of yesteryear.

You may have heard of the Chutes, a set of old-timey amusement parks, before. When Chutes founder Charles Ackerman passed away in 1907, he left his empire to his son, Irving. Although the family had two successful parks—one at Haight & Clayton, and one at Fulton & 10th Avenue—under its belt, Irving was looking to expand. An amusement park called the Coney Island Park had opened that year on Fillmore Street. It was doing well, in part due to its more central location when compared to the Ackermans' two Chutes parks in neighborhoods further west.

Ackerman quickly purchased the lease to Coney Island Park, expanded the square footage, and renamed the facility. By the time he was done, The Fillmore Chutes took up an entire city block—bounded by Fillmore, Webster, Eddy and Turk streets. 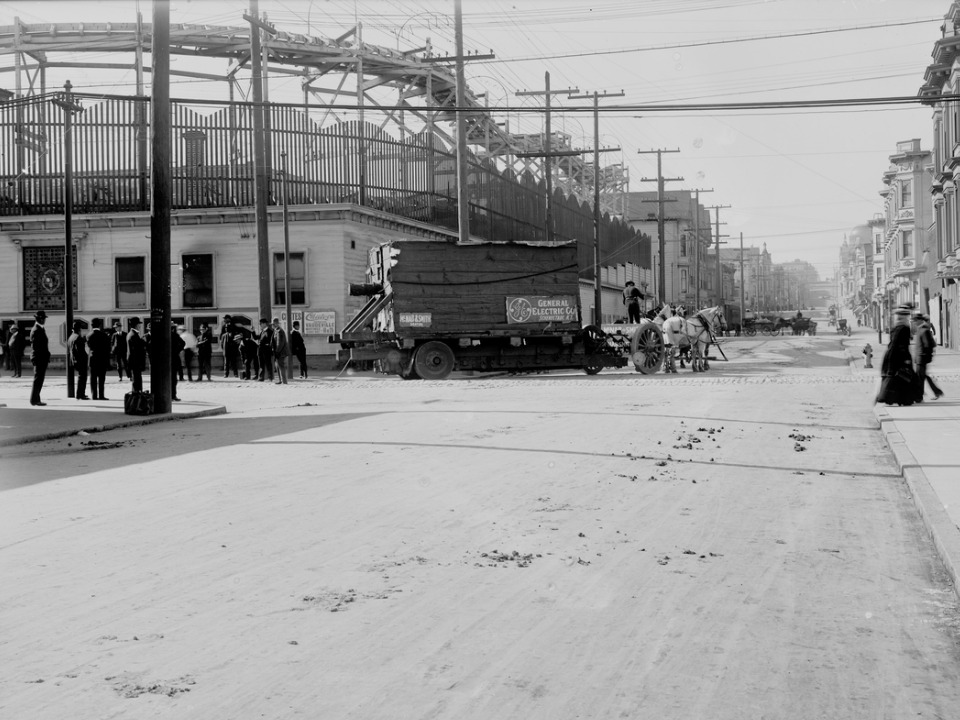 Although it was small by today's standards (especially when compared to Six Flags or Disneyland), the Fillmore Chutes offered a full amusement experience. The wooden Devil's Slide rollercoaster was a main attraction, but the park featured over 40 concession stands, with everything from live music to snake charmers. A small zoo and aquarium occupied part of the park, along with a dance pavilion and a motion picture theater. A large ferris wheel was built, along with a miniature railroad and a carousel.

But nothing lasts forever, and the lifespan of the Fillmore Chutes was regrettably short. A fire tore through the park in 1911, and everything, with the exception of the cement vaudeville theater, was destroyed. 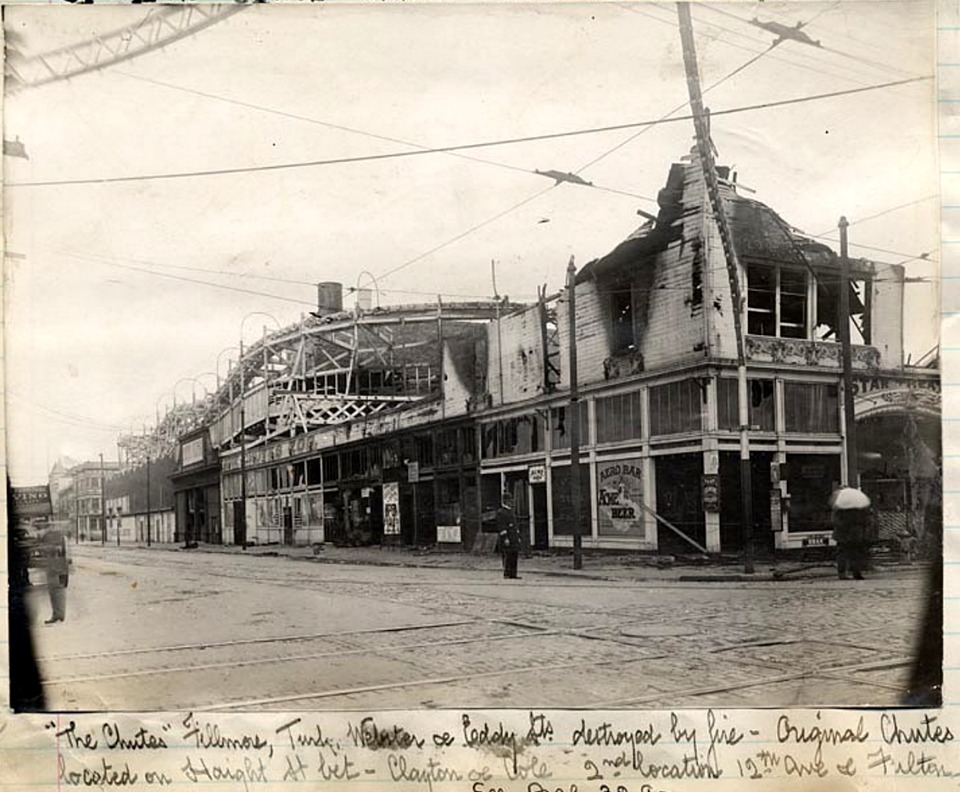 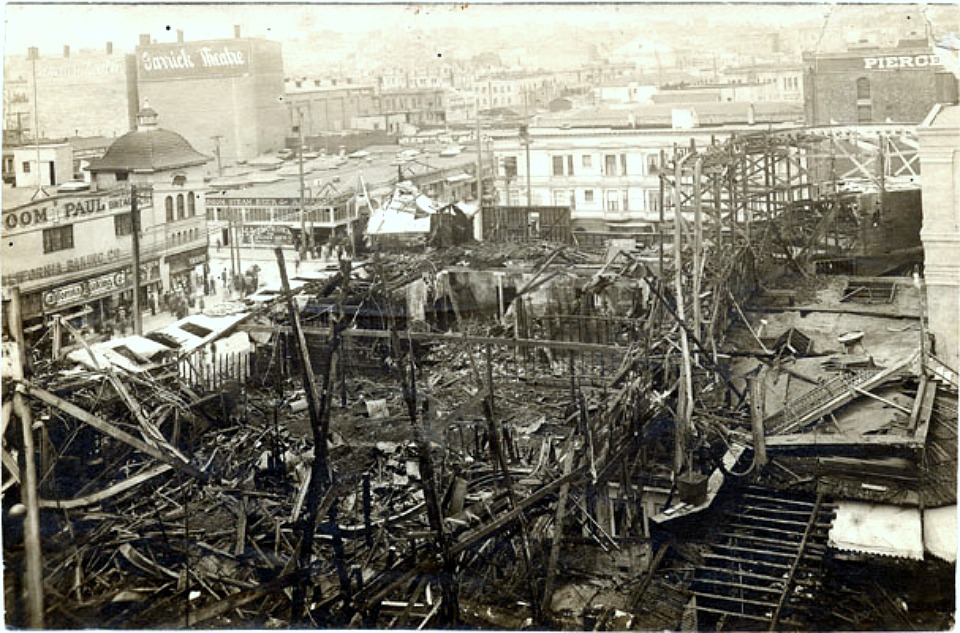 A San Francisco Call article published on May 30th, 1911 stated that three people were killed in the fire, and nearly a dozen "more or less seriously" injured. The blaze was presumed to have started in a barber's shop:

Policeman Lord stated that he saw the blaze in the rear of the barber shop just after it had started, but that within 3 minutes it had spread throughout the whole structure. Frank Sidney, the steward of the adjoining cafe, told of how, the flames came through the wall from the barber shop and forced those in the cafe to flee before any other portion of the building was ablaze.

The total cost of damage done to the park totaled over $250,000, an enormous sum in 1911. Instead of rebuilding, the salvageable equipment was relocated to the older Chutes park on Haight and Clayton, and Fillmore Chutes disappeared for good.

Today, that block in Fillmore Street is home to a modern apartment building and Kaiser Permanente offices. But next time you pass by, see if you can still imagine the Devil's Slide rollercoaster rattling and rumbling past.

For more Fillmore street amusements of yesterday, learn about the Page & Fillmore skating rink we profiled earlier this year.