400-Foot Tower At Folsom & Spear Could Get First Approvals Tomorrow

As construction on the new Transbay Terminal comes closer to completion, so are development plans for underused lots surrounding the future public transportation and retail hub.

About a year and a half ago, Tishman Speyer and a team of architects unveiled grand plans for 160 Folsom St., a lot that's just one block south of the Embarcadero and includes a surface parking lot owned by the City and County of San Francisco. 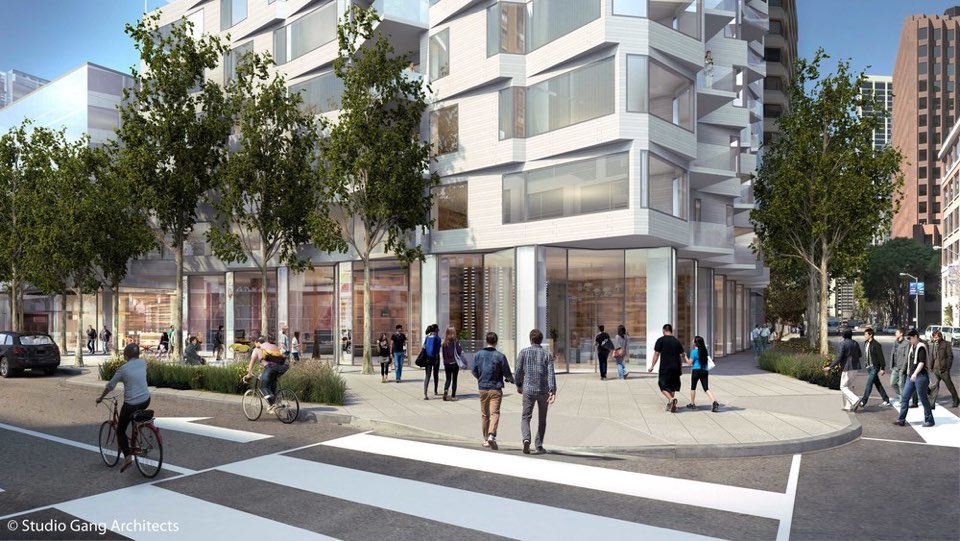 As the parcel is only zoned for up to 300 feet of development, the Commission on Community Investment and Infrastructure — which oversees the city's Transbay Redevelopment Plan — will decide during its regularly scheduled public hearing tomorrow afternoon whether to approve a 100-foot height increase on the parcel and the associated environmental review.

“I think we cut a really good deal," Tiffany Bohee, executive director of the OCCII, told the Chronicle last week. "We strongly support the height increase because of the increased affordability and the enhancement to the skyline.”

But not all are in favor of raising the property's height limit to squeeze in more units.

Save Rincon Park, an organization formed this summer to protect Rincon Park (home of Cupid's Span on the Embarcadero) from new shadows that would result from proposed height increases for 160 Folsom and the recently approved 75 Howard tower, is taking a stand against the project as proposed.

The group's latest list of arguments against the height increase includes concerns that spot-zoning the parcel will undermine years of community planning and invite more developers to request an increase, that substantial new shadows will be cast on Rincon Park, and that a comprehensive environmental impact report has yet to be conducted. It makes no mention of previous claims that the tower will have a "poor door," or a separate entrance for low-income tenants.

The public hearing is set for 1pm tomorrow in room 416 at City Hall. It's the first item on the commission's "regular agenda." The full packet provided to the commission on the proposed height increase is available here.

If OICC approves the height increase tomorrow, the matter will be reviewed by the Planning Commission before it goes on the the Board of Supervisors — along with a decision on whether to sell the publicly-owned portion of the lot to Tishman Speyer — for final approval this spring.

If all these decisions go in the developer's favor, they expect to complete construction on 160 Folsom by 2018.

San FranciscoSoMaEmbarcadero
About 9 hours ago