The Castro's bars, restaurants and retail outlets are hoping that the upcoming Super Bowl will bring visitors to the neighborhood, despite the temporary loss of F-Market train service.

"Certainly, the loss of the historic F-line streetcar during the Super Bowl will affect Castro businesses," said Castro Merchants president Daniel Bergerac. But, he said, "our goal is to take the opportunity of so many visitors in town to promote the Castro neighborhood."

Starting Jan. 23rd, according to the SFMTA, the F-Market streetcar line will be served by bus shuttles between Castro Street and The Embarcadero. To offset some of the impact of suspending the tourist-friendly streetcars, which could last from Jan. 23rd to Feb. 12th, the Office of Economic and Workforce Development is footing the bill for advertising that points visitors to the Castro neighborhood. The ads will appear on buses, banners over the pay gates in Embarcadero, Montgomery and Powell stations, and way-finding signage at the Market Street Railroad Museum.

One of the bus ad designs.

A new website, VisitSuperCastro.com, has also been created, with sections on the neighborhood's shopping, dining, nightlife, gyms and sports bars, as well as a primer on Castro neighborhood history. The goal, says Bergerac, is to promote all Castro/Upper Market businesses: "I truly believe a rising tide lifts all boats."

Local merchants are hopeful the ads will drive visitors. "I'm not really certain what to expect, as I've never been in a city during a Super Bowl before," said Lookout owner Chris Hastings. "I know there will be a lot of people in town, so we are planning for extra business." 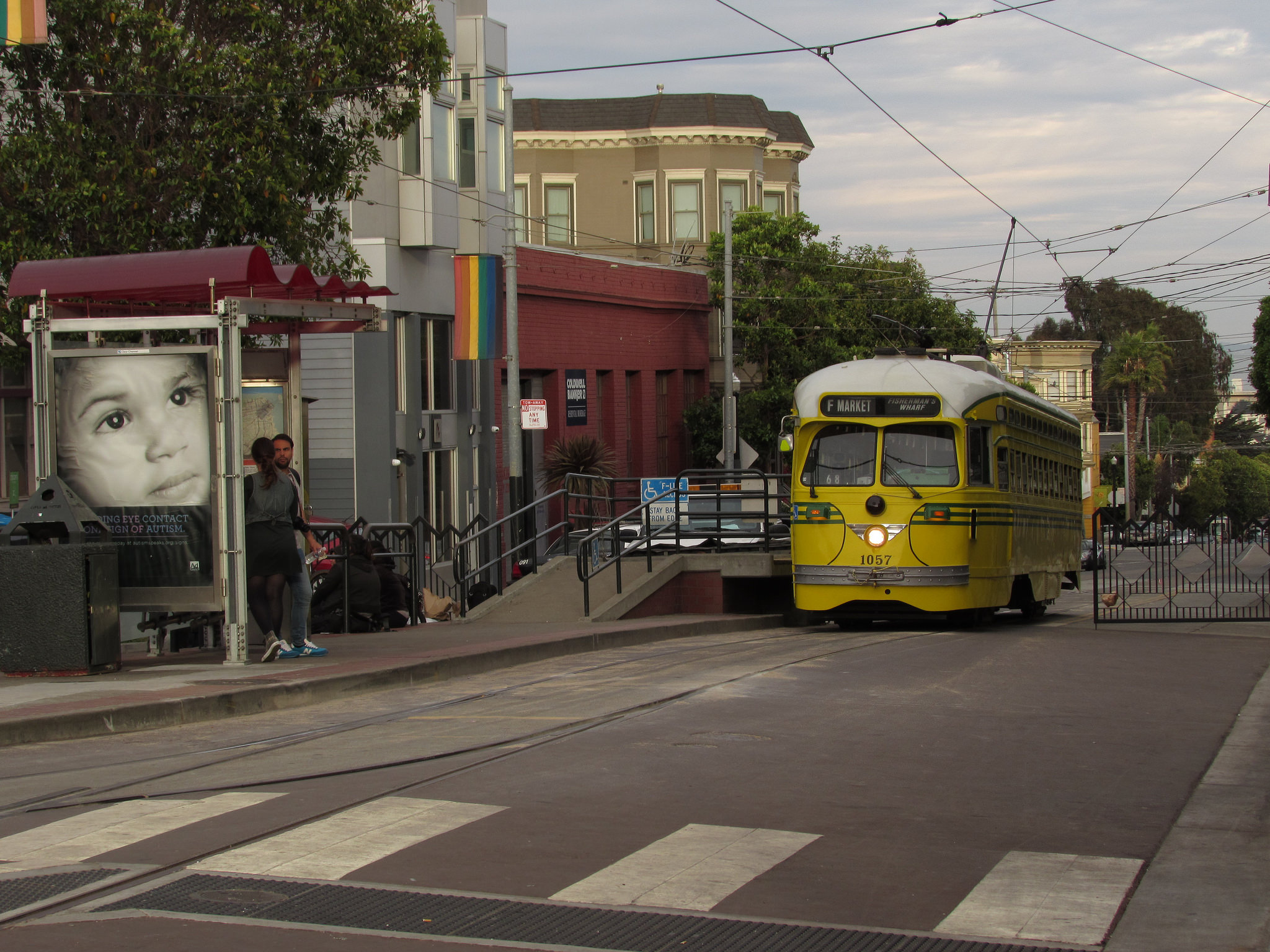 The F-Market will be running shuttles for the Super Bowl. (Photo: brunosuras/Flickr)

To further encourage visitors, Hastings and the owners of other local bars, including Hi Tops, The Mix, Midnight Sun and 440, are planning an afternoon bar crawl on Saturday, Feb. 6th, the day before the big game. (Exact plans are still in the works.)

"A successful Super Bowl in the Castro is out-of-towners seeing more than Fisherman's Wharf and Union Square, learning about and becoming part of the Castro’s story and rich history, and taking pictures and posting them on Facebook so friends back home can experience the neighborhood," said Bergerac. "A successful Super Bowl is also locals getting out and enjoying the energy and excitement of the Super Bowl, visiting new shops, restaurants and bars."

Hastings says that he's glad there will be shuttles running in place of the F-market, and that he isn't concerned about the loss of train service. "If people want to see the Castro, they will figure out how to get here."