Meet The Castro Village Wine Co., A Neighborhood Staple Since 1978

Just off the beaten path of 19th and Castro streets lies a little neighborhood gem that many may easily overlook.

The Castro Village Wine Company has been a neighborhood staple since 1978. Founded in the late 1970s by partners Boyd Swartz and Joe Chavez, it was originally part of a project to restore Victorian buildings in what was then termed the “gay ghetto."

“It was really kind of a slum," Chavez said of the wine shop's 1904 building, which was in a dilapidated state. "Little by little, we cleaned it up.” Chavez worked to restore many of the other buildings in the Eureka Valley, and after Swartz retired, he wanted to continue working. Together the couple decided to follow a passion of theirs, and open a wine shop.

At the time, the Eureka Valley Merchant's Association was not accepting of LGBT-owned businesses. In response, Harvey Milk founded the Castro Village Merchant’s Association, and Swartz and Chavez decided to name their shop for the new nomenclature. 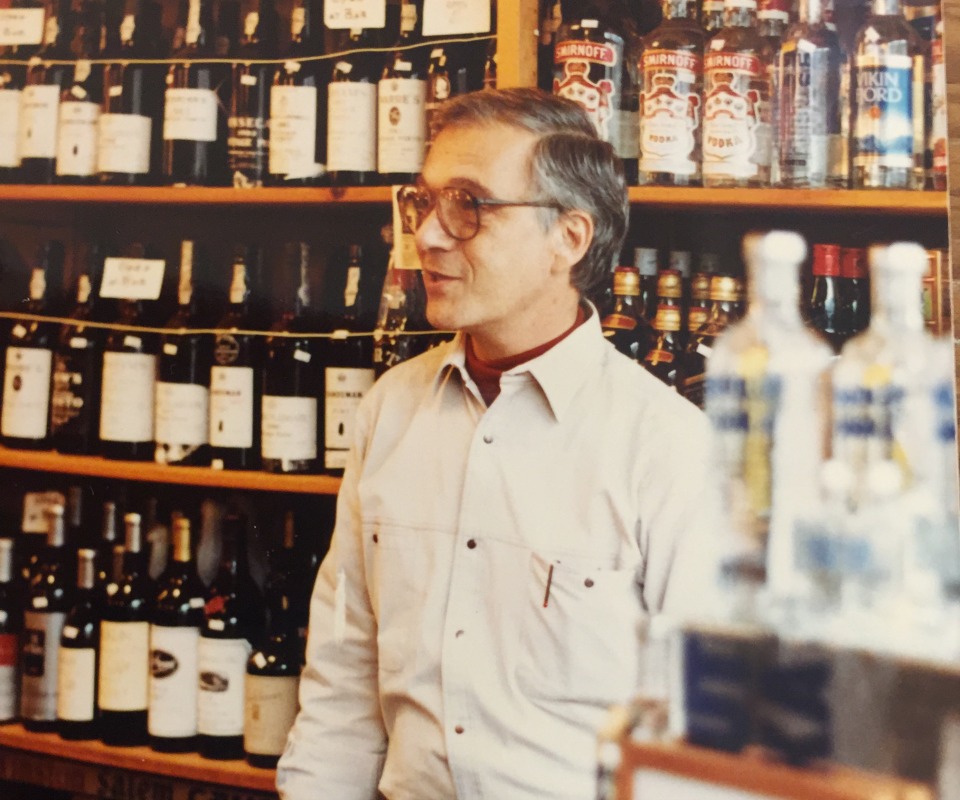 Boyd Swartz at the shop in the early 1980s. (Photo: via Joe Chavez)

The block of 19th and Castro has seen many businesses come and go over the years, Chavez told us. A travel agency, doctors’ offices, and even a coroner have called the block home. “The only establishment that was originally here was the cleaner’s. The wine shop brought people to the other establishments. [It became] a one-stop shop,” remembers Chavez.

Swartz’s vision for the shop was to focus on local California wines and feature smaller artisan wineries, both of which it still does today. The emphasis on proximity and fostering community offered an elegant alternative to the other bars and restaurants the neighborhood had to offer.

Key to cultivating the store's sense of community was Joseph Estrada, the former wine-tasting bar manager and current wine buyer and store manager. From 2004 to 2011, Estrada built a social framework in which both seasoned wine aficionados and those new to the world of wine could stop by for a glass and feel a sense of camaraderie, without fear of judgment.

In late 2010, Swartz and Chavez were ready to retire a second time, and decided to sell the business. Even though they were inundated with offers, the pair were cautious about who they would consider. They feared the wine shop would not retain its community ambiance, or worse, close altogether. 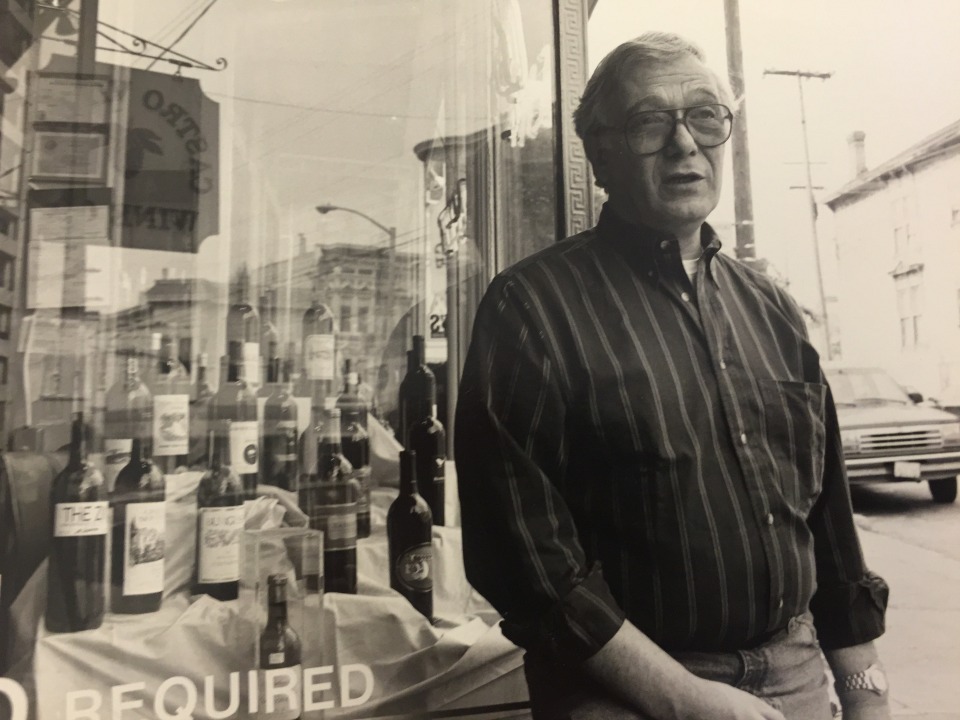 Boyd Swartz at the shop in the late 1990s. (Photo via Joe Chavez)

Three loyal customers, determined not to let that happen, decided to come together and purchase the wine shop and keep it in the community. “Boyd would say, we made the right decision,” Chavez says.

In 2011, the Castro Wine Village Co. officially changed ownership, but with the same emphasis on local wines and neighborly character. 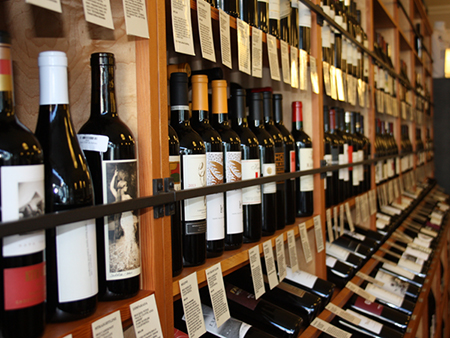 The shop underwent a facelift. New hardwood floors, updated shelving, and a handmade tasting table were all added, and Estrada was promoted to  store manager and wine buyer. He faced the challenge of remaining true to the wine shop's unpretentious culture, but also keeping up with skyrocketing rents in the Castro and the ever-changing industry.

Estrada decided to keep the focus on California wine, bringing in lesser known wineries and ambitiously seeking out some of the more exclusive heavy hitters. “I really wanted to see the shop stay current, without giving into trends,” he said. Since becoming the wine buyer, Estrada has brought in renowned accounts from Arnot-Roberts Wines, Peay Vineyards (“a winery that doesn’t always sell to retail"), Matthiasson Wines, and Anthill Farms. 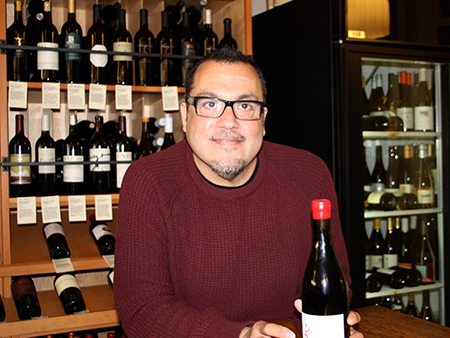 Estrada also leveraged his connections in the wine industry to start hosting special events at the shop. In 2012, The Castro Village Wine Co. hosted a wine tasting event with Robert Craig Winery, a pioneer of Napa Valley mountain vineyards. Cathy Corison, the 2011 Chronicle winemaker of the year, has poured her famed Cabernets at the shop, as has another winner of the same award (in 2014), Steve Matthiasson. The shop even hosted a signing event for wine critic Jon Bonné’s book The New California Wine.

The wine-tasting bar offers unique weekend flights, often thematic in nature, or wines by the glass. The creative seasonal window displays draw visitors in for a glass of wine and lively conversation with the regulars.

While the landscape of Castro business retail has changed dramatically in recent years, The Castro Village Wine Co. remains a constant in the neighborhood. Some of the faces have changed over the years, but the communal atmosphere and focus on showcasing California wines persists.

The shop's next wine event is scheduled for Wednesday, April 13th, 2016, and will feature Jasmine Hirsch, general manager and social media marketer for Hirsch Vineyards.
San FranciscoCastro
About 21 hours ago

Hoodline
About 21 hours ago

Looking for a change of scene? Hoodline's rounded up some day trips where you can avoid the crowds but enjoy some of the best of winter in the Bay Area.