When local resident Bira Geiger first moved with a roommate to an apartment a block away from Geary and Masonic, they had a few concerns. “He’s from San Francisco, and he didn’t want to move into that spot because he didn’t think it felt like an actual neighborhood,” Geiger remembered of his roommate. "It's a tough intersection there—people just walk across it as fast as they can."

Both Geary and Masonic are flagged as part of Vision Zero’s High Injury Network, something the SFMTA hopes to improve for the latter with the Masonic Streetscape Project.

But Geiger sees potential for Geary as well. He's reimagining it as a destination where people come to hang out. A professional video editor, he put together a video capturing some of his ideas for what he's calling the Geary Garden District—a place filled with gardens and parklets.

Specific ideas included turning the roof of Trader Joe's to a space with a garden where people could enjoy their samples and snacks, turning part of the eastern parking lot of City Center (home to Best Buy and Target) into a parklet, and adding a vertical garden to the east-facing wall of Public Storage. (The Public Storage idea has since been scrapped since the wall will be blocked by the condos replacing Lucky Penny.)

While many interpreted the video as a literal plan, Geiger said it was more of a concept meant to invite others to think about potential improvements. "The ideas put forth in this video were meant to inspire the neighborhood on what could become," said Geiger. "They aren't the end-all be-all." 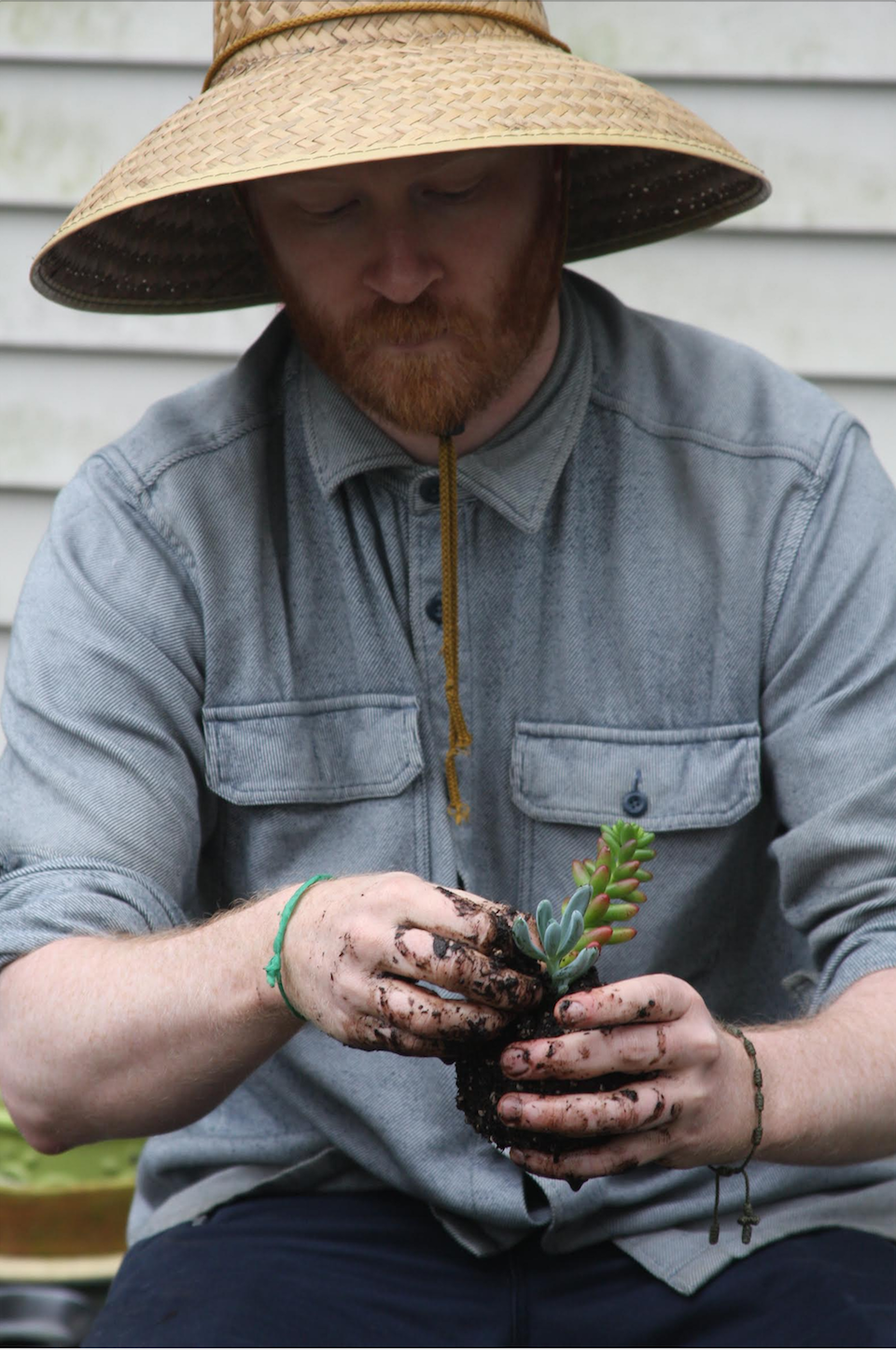 Bira Geigner cites a love for landscape design as part of the inspiration for his video. (Photo courtesy of Geigner.)

He brings up the intersection of Hayes and Octavia as a model for the type of temporary, modular change he's hoping for. There, Proxy has transformed a parking lot into a home for merchants (such as Smitten, Biergarten, Ritual Coffee Roasters, and Juice Shop), art projects and outdoor movies (including a free outdoor screening of a David Bryne film this Friday).

"Now, when you go there on the weekends, it’s bustling!" he said.

One big difference between the two projects is that the lot used by Proxy is city-owned, while the spaces proposed by the Geary Garden District thus far are private businesses. But Geiger has been busy reaching out to city planners and business owners and is planning to meet with the property manager from City Civic Plaza next month.

"Take the Trader Joe's idea: Its feasible, it’s simple, and it’s a nice marketing touch that wouldn’t be that expensive for businesses to implement." said Geiger (we reached out to Trader Joe's for comment but did not receive a response). "I’m just trying to say that’s a possibility. I’m trying to have people imagine other possibilities. I want to give the idea to others and say: Come up with something better than this. Because it can so much better."

Have ideas for how to reimagine Geary and Masonic? Send Geiger a message through the Geary Garden District website or take it to the comments.