Representatives from the San Francisco Land Trust, the city and a handful of Central SoMa neighborhood organizations gathered this morning outside 568-570 Natoma St. to celebrate the trust's acquisition of the five-unit, rent-controlled building.

Betty Taisch, a real estate agent from Coldwell Banker, and Tracy Parent, organizational director for the SFCLT, explained that the building's longtime had passed away and the building passed to her daughter. While the daughter held on to it for a few years, she ultimately needed to sell.

Multiple buyers were interested in the property—including one that entered into a contract, offering the tenants buy-outs—but they all fell through, giving SFCLT the opportunity to make a bid. 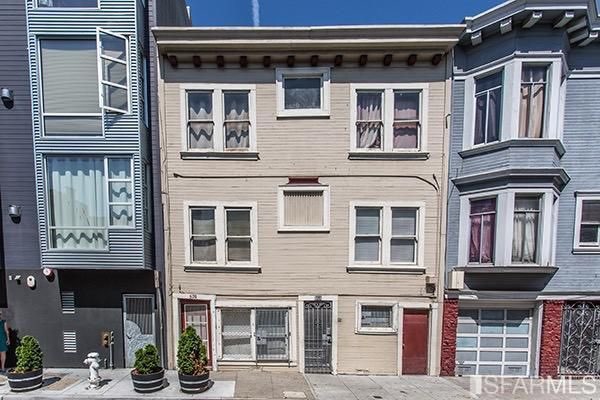 Financing for the acquisition was provided by the South of Market Community Stabilization Fund, the city's Small Site Program and Boston Private Bank. The SFCLT now has 12 properties in its portfolio—including another recently acquired SoMa building at Folsom and 11th, where three families previously faced eviction.

Teddy Ortega, a 43-year resident of 568-570 Natoma St., and his daughter Jen, who also lives in the unit, joined the celebration to share their gratitude for the acquisition.

Ortega, a Navy veteran, said community involvement and education were key to keeping the building out of the hands of speculators. Organizations like the South of Market Community Action Network (SOMCAN), West Bay Pilipino Multi-Service Center and the Rent Board, as well as a lawyer, helped the tenants learn their rights and protect their homes. 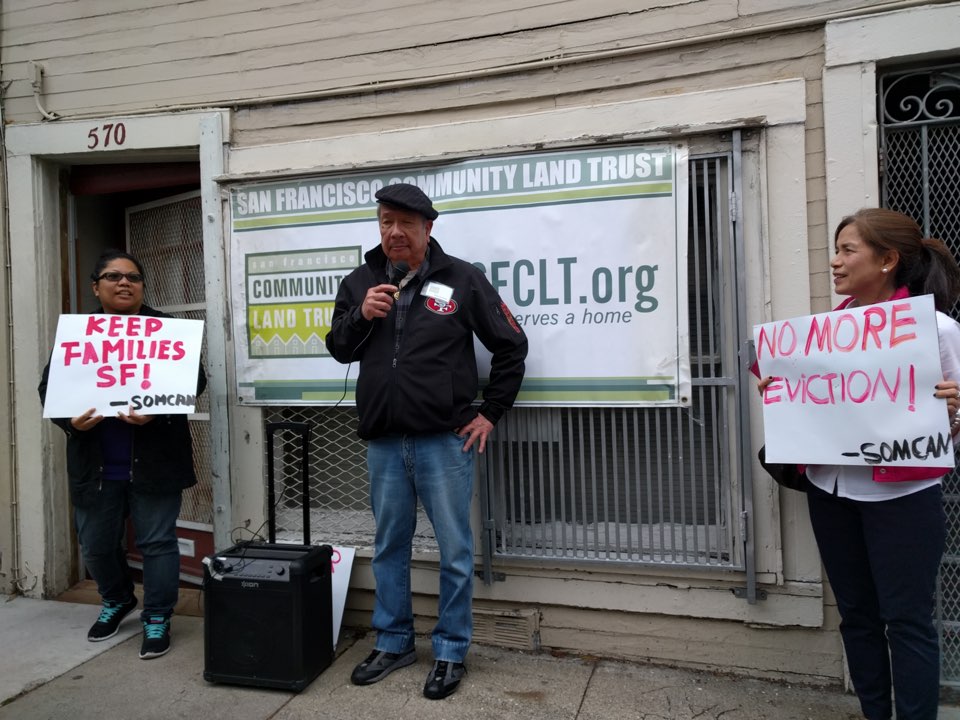 Teddy Ortega, discussing his family's fear of eviction and actions to stay in place.

Jen, who grew up in the unit and is now raising her children there with her father, is currently going to school to become a nurse. Jen said she previously worked as an HIV counselor and a case manager in SoMa, and her goal has always been to return to working in the community after obtaining her education. But as soon as the family received the buyout offer, those dreams began to diminish.

With organizations and resources like SOMCAN, West Bay, Gene Friend Rec Center, United Playaz and others, the community has been a blessing, she said, and she's relieved that she won't have to uproot her family.

Many of the speakers also agreed that the Small Site Program is a viable solution for preserving affordable housing and longtime residents of SoMa and other neighborhoods, with some saying more money should be put toward the program.

As for what will happen to the building now that it's been acquired, Keith Cooley, asset manager for the SFCLT, said that one of the trust's first priorities is renovating the building, which has been neglected for many years, he said. In addition to improving the sagging facade, the ground-floor unit will receive an extensive upgrade. The Ortegas' unit has already received an overhaul.

The trust's ultimate goal for all of its properties is transiting them into housing cooperatives. But whether that happens depends on what the residents want, Cooley said. 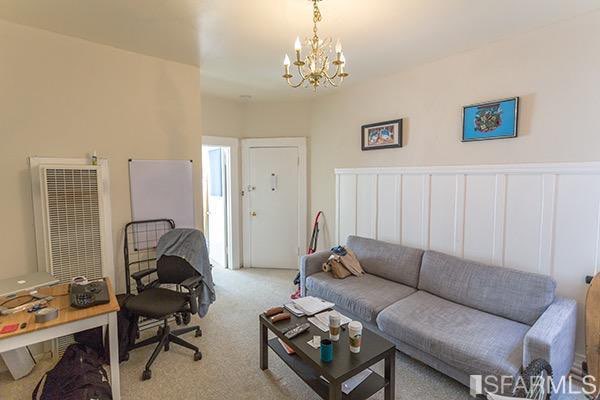 Inside one of the units. (Photo: Luxury Realty Group SF)

SFCLT is also working with the Mayor's Office of Housing to finalize the marketing materials for one of the building's one-bedroom units, which is soon to be vacated. Once the paperwork is complete, the unit will be advertised as affordable housing for moderate-income earners (up to 120 percent of AMI) on the SFCLT website.

For those who'd like to learn more about the SFCLT and their housing cooperative model, they're hosting an information session in the Richmond District at 6pm tomorrow evening.