Fitting in a year where public art and physically distant activities are the new norm, a Sunnyside neighborhood group is calling for art enthusiasts to participate in its 2020 Socially Distanced Drawing Contest, which begins this Sunday, November 22.

The contest is part of the Detroit Steps Project, a community-based effort to beautify the 182 steps extending north and south of Monterey Boulevard. Taking inspiration from the likes of the 16th Avenue Tiled Steps in the Sunset District and Tompkins Stairway in Bernal Heights, organizers have invited San Francisco residents of all ages to submit their visions for the city's next decorative stairway.

"We've made amazing progress," said project leader Rosaura Valle, citing recent efforts to clean up and begin landscaping in the surrounding area. "Now we need the community's help in steering the design of the steps for all Sunnyside residents to enjoy!" 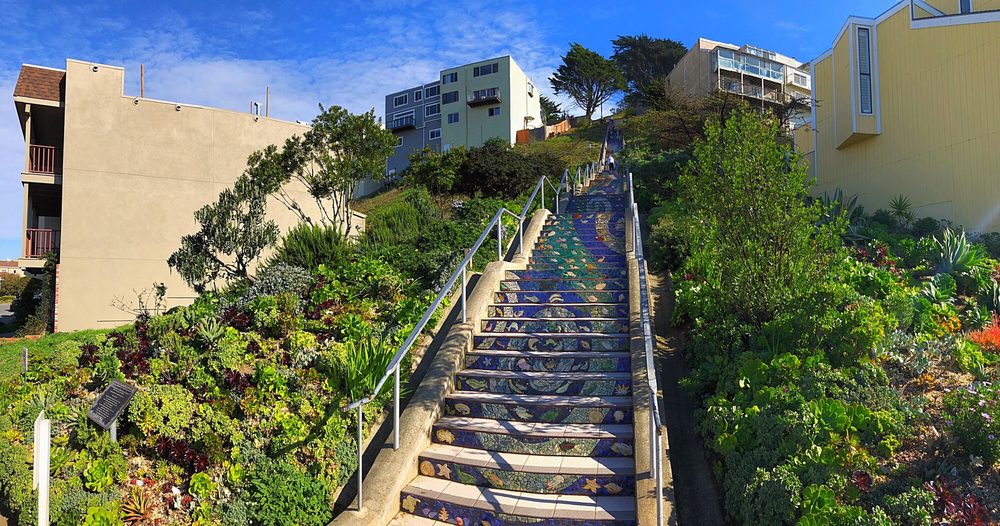 The mosaic tiling on the 16th Street Steps was completed in 2005. | Photo: Adam S./Yelp

From November 22 through December 6, individuals or families can submit their designs using a template located on the Detroit Steps website. Aside from local fame and the chance to influence the artistic direction of the steps, participants will also have the opportunity to win a variety of prizes, from a $150 gift certificate to a local restaurant to kid-friendly options like zoo passes and SF Giants swag.

Residents will have the opportunity to vote on their favorite designs, with entries posted online and along the steps for public consideration. An online voting process will take place in December, culminating in the announcement of three winners on January 5.

For those looking to support the cause without picking up markers or crayons, an online raffle will also take place during the contest, featuring items from local businesses and residents. The goal, the Detroit Steps Project says, is to raise $1,500 to help buy native plants for the landscaping along the upper steps, located between Joost Avenue and Monterey Blvd. 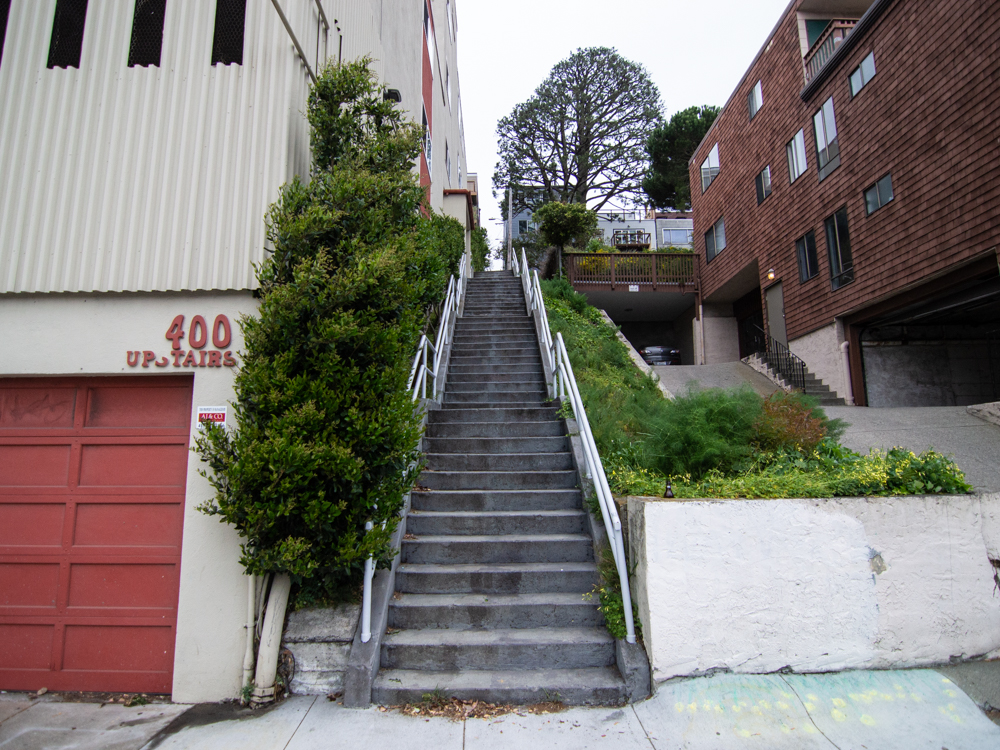 The upper Detroit Steps in March of 2020, prior to landscaping. | Photo: Nikki Collister/Hoodline

From its inception, the Detroit Steps Project (DSP) has been a community effort. In a similar contest that took place last fall, the DSP Steering Committee launched a partnership with CCSF’s Fall Environmental Horticulture Design class, accepting 16 landscape design submissions for the public area along the upper steps.

The winning design, by student Josie Li, was announced in February 2020. Since then, neighbors have come together to begin the landscaping process, wearing masks while clearing away weeds and installing terracing along the upper steps.

The committee has also invited Sunnyside resident Amar Pai to decorate the steps to commemorate the start of the art contest. Pai has become well-known around the neighborhood for his uplifting chalk art, which often features colorful hearts or Pac-Man characters.

"[Amar’s] work is the perfect way to kick off this event," said committee member and Sunnyside resident Suna Mullins. "And who knows, maybe it will inspire those participating in the drawing competition!"

Mullins describes her involvement in the project as a "bright spot" amid an otherwise isolating and uncertain time. Even though the committee's plans to install new water meters and fencing have been delayed in part by COVID-19, there's been no shortage of neighborhood involvement. Residents have volunteered to help with weeding and clean-up, while wearing masks and keeping a safe distance. And members of the steering committee continue to hold meetings, albeit on Zoom instead of in project leader Rosaura Valle’s living room.

"Last year we held a Step-A-Thon with food, a raffle, and music," Mullins told Hoodline. "This year…[we decided that] a virtual art competition would be a safe way to engage the community during COVID."

Once the winners of the Detroit Steps Art Contest are announced, there's still much planning to be done before beautification of the steps themselves can begin. The committee is currently in the process of submitting an application for a Community Challenge Grant to fund its next phase, which will include lighting, completion of landscaping along the upper steps, and a decorative archway for the lower steps.

Although the completion of each phase is dependent upon city planning and funding, Valle, Mullins, and the rest of the Detroit Steps Project take comfort in seeing residents come together to beautify their neighborhood. In Mullins' words, the project has given committee members and neighbors alike the opportunity to "make change, one step at a time."

To sign up for the raffle or drawing contest, visit the Detroit Steps website. Art submissions are $25 per adult and $15 per child or senior. Families may submit multiple entries for $45. All proceeds go toward the purchase of native plants to be planted along the upper Detroit Steps.

San FranciscoSunnyside
About 23 hours ago