Photo by mana5280 on Unsplash
By Jay Barmann - Published on January 25, 2021.
San FranciscoCastro

The new hybrid digital/pipe organ that has been in the works for the grand Castro Theatre for about six years is finally about to become a reality, and depending on how long it takes to ship from Pennsylvania and how long it takes for movie theaters to safely reopen in San Francisco, it may arrive just time for the Castro's next public screenings.

SFGate brings us the latest on the new organ project, which Hoodline first reported on in 2015. The Castro Theatre's Mighty Wurlitzer organ, which had been in use and technically on loan since the 1980s, had fallen into disrepair as far back as 2013, and longtime organist David Hegarty launched a fundraising drive to replace it. The resulting organ, the finishing touches upon which are still being done by the Walker Technical Company in Zionsville, Pennsylvania, is the largest hybrid organ in the world — and it's been custom-designed for the theater, which has had an organist regularly doing pre-show concerts going back to the 1920s.

This digital/pipe hybrid will use the existing pipe areas that were built into the Castro Theatre to house 16 ranks of theater organ pipes and 16 ranks of classical organ pipes. But in addition to producing sound from those 32 pipes (the Mighty Wurlitzer only had a total of 21), the organ will have seven keyboards and over 800 stops that will make it able to produce hundreds of other sounds that will play seamlessly through more than 200 speakers around the theater. Think of it like a very complex synthesizer that can sound like an entire orchestra playing at once — melding organ sounds as well as extremely convincing horn, string, percussion, and other sounds.

The video below of Hegarty playing the theme from 2001: A Space Odyssey on a similar organ gives you some idea. 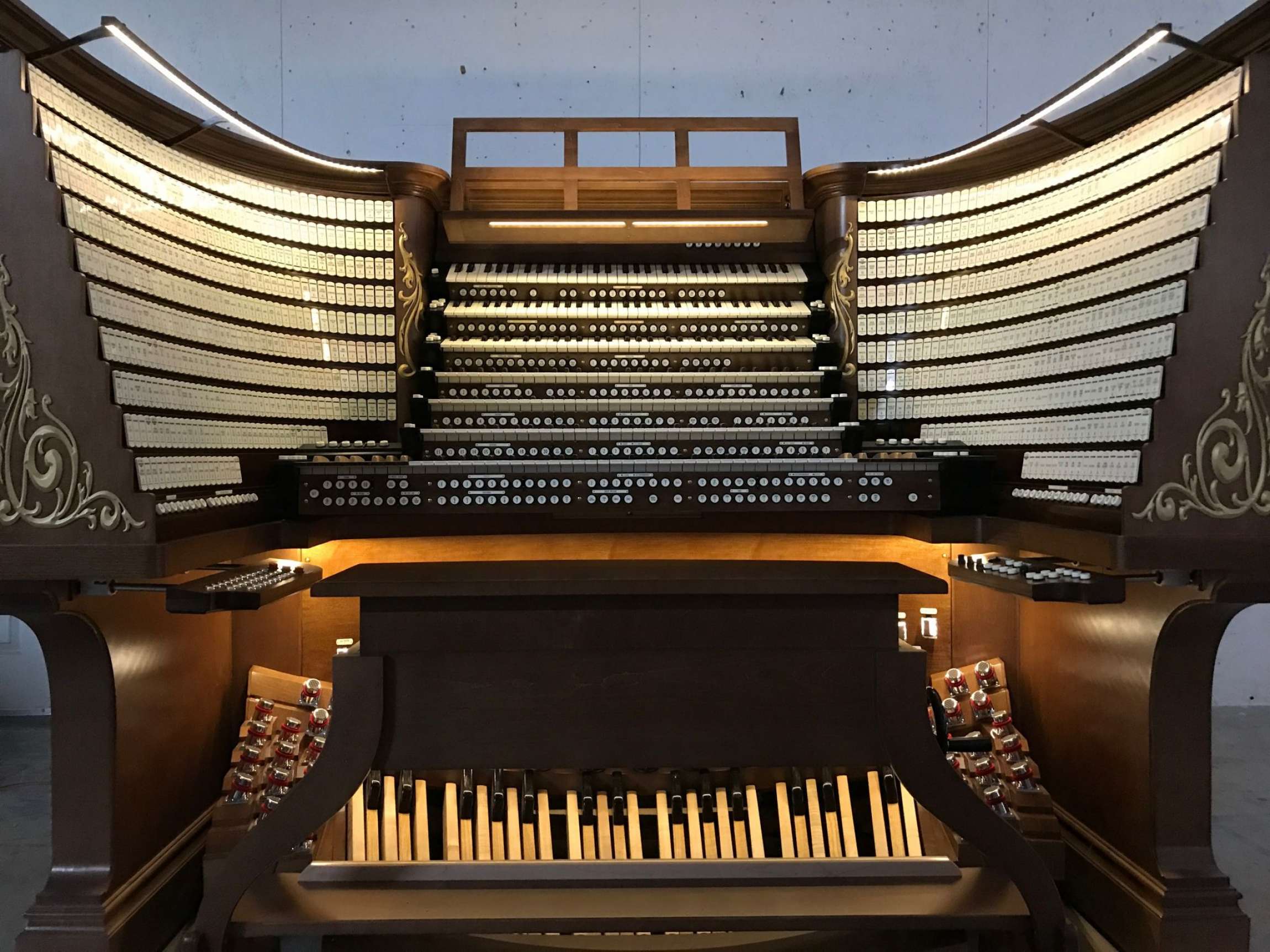 A photo of the finished organ console coming to the Castro. | Photo: David Hegarty

"The Castro is unique in that it’s probably the only theater in the country that has played prefilm concerts nightly for 40 years without interruption,” said Hegarty, speaking to SFGate. "There are other theaters in the Bay Area and throughout the country that have organs and they do this to some extent, but the Castro is the one that’s most noted for that. I think it’s something that the audience has come to expect here — it’s unthinkable that the theater wouldn’t continue on in this tradition, and it’s too important to lose." Hegarty also notes that the architecture of the theater, still preserved from its heyday, is an acoustic gem that was designed for organ music.

Hegarty's nonprofit, the Castro Organ Devotees Association, has so far raised $800,000 of its $960,000 fundraising goal to fund, transport, and install the organ console and its pipes and speakers. And they are still taking donations here. The organ was supposed to be installed in 2020, however the pandemic and fundraising issues both prevented that from happening.

Once it is installed, the Castro's organ will be equal in scope to only two others in the U.S. — the Wanamaker Grand Court Organ, which lives inside a Macy's in Philadelphia, and the largest pipe organ in the world, which is at the Atlantic City Convention Hall in New Jersey.

In the time it's taken to fundraise and build the Castro organ, the organ's designer has passed away. Allen Harrah, a longtime friend of Hegarty's whose Harrah's Symphonic Organ — installed at a West Virginia Church in his hometown — can be seen above, died last June at the age of 85.

Back in 2015, Hegarty told Hoodline that one of the reasons the organ was being built at the bargain price of $800,000 was that Harrah was a good friend. "To put that into perspective, it's been estimated that if we were building a total pipe organ, without the digital part, of that size in today's market, it would probably be in the range of $20 million. The pipes would fill the entire auditorium," Hegarty said. He further explained that Harrah had been dreaming of building an organ the size of the one coming to the Castro for many years, and he had only been searching for the right venue in which to do it.

"His friendship, forward thinking, and encyclopedic knowledge of the organ industry has been a major inspiration to us," says the CODA in an obituary post. "We only regret that he didn’t live long enough to experience his Magnum Opus at the Castro."

Hoodline
About 3 hours ago