Development firm Urban Catalyst said that indoor miniature golfing company Urban Putt, which has locations in San Francisco and Denver, has signed a lease in its Paseo project, which will turn the long-dormant theater into 100,000 square feet of mixed-use space. Hoodline previously reported on the approvals for the project in September.

“We can’t wait to bring the custom-built Urban Putt experience to downtown San Jose,” said Steve Fox, Urban Putt’s founder and Chief Greenskeeper. “San Jose will get a fun destination that’s perfect for a broad range of folks, from entire families on weekends to millennials enjoying a night out, from students at nearby San Jose State University to team-building events and company celebrations.”

Urban Putt opened first in San Francisco in 2014, offering a unique mini-golf experience with quirkily themed holes, and food and drink service. Fox later expanded with the Denver location. Golfing at the flagship San Francisco location is $14 ($10 for kids 6-12; free for 5 and under). The spot is open to all ages during the day and becomes a 21-plus venue after 8 p.m. 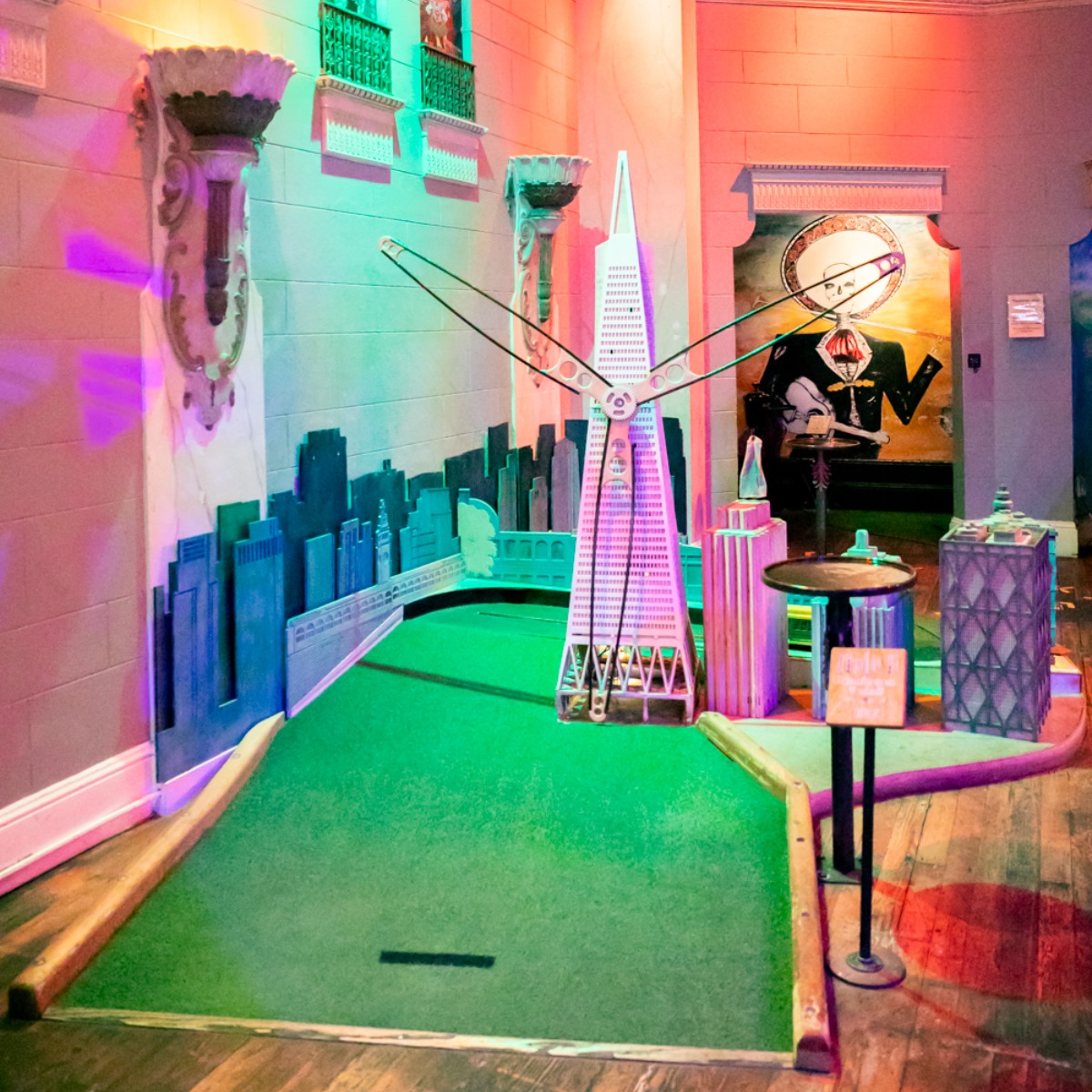 “Our goal is to activate downtown San Jose, and this is a great first step,” said Erik Hayden, CEO and founder of Urban Catalyst, in the announcement. “Urban Putt will provide a unique experience for visitors from the South Bay and beyond. And this is just the beginning of our plans for lighting up the Paseo de San Antonio.”

The Paseo development is one of six ground-up projects in downtown San Jose funded through Urban Catalyst’s first Opportunity Zone fund, which closed in December after raising $131 million, according to the firm. The Opportunity Zone Program offers tax incentives to investors who put their capital gains toward projects in disadvantaged areas designated as Opportunity Zones, the firm said.

“Urban Putt could have chosen anywhere to go in the United States, but they chose downtown San Jose,” Nick Goddard, a senior vice president with commercial real estate firm Colliers, who arranged the lease, told the Mercury News. “They see that the enormous downtown population will presumably come back. There are massive developments coming including Google.”

Josh Burroughs, partner and chief operating officer at Urban Catalyst, said that the firm has already found renters for "nearly all" of the 25,000 square feet of retail space at Paseo. “This is testament to the confidence we’re seeing in the future of downtown San Jose and the strength of this prominent location.”

Construction is expected to be completed by July 2022, Urban Catalyst said.