SoMa has a new spot for different styles of pizza and a wide selection of Tiki-inspired cocktails. Pie Punks has just opened in the former Jersey Pizza location at 145 Second Street. Hoodline first reported the new pizza venture in May. It's trying to cater to pizza lovers who crave different types of pies and who appreciate elevated flavors. Pie Punks serves three popular varieties of pizza: Round 12-inch whole pies largely inspired by famed New York pizzerias, thick deep-dish Detroit-style pies that measure 8-by-10-inches, and thin square pizzas, which they refer to as grandma pies, that can be ordered whole or by the slice.

“There’s not really a lot of places that will do a couple different styles. And the fact is, I’m not really always in the mood for a Detroit-style pizza even though I love it. There’s been this insurgence of different styles that have become more popular and people’s knowledge has become deeper,” owner Lane Ford explained to Eater. There is no shortage of expertise behind the dough. Lane recruited pizza chef Pedro Gonzalaz, who has extensive pizza-making experience from his time at Beretta and Delarosa.

On the menu, you’ll find four options for the grandma pies, including the sausage version, which features pecorino, broccolini, and Calabrian chiles. There are three New York-inspired round pies, one of which is called ‘Onion’ and features garlic and onion confit and ricotta. The thick square Detriot pies have the most creativity. One is called ‘Mustard,’ which offers spicy mustard, Wisconsin brick cheese, corned beef, and sauerkraut. There’s also a deep-dish Hawaiian-style version called Waikiki Sneaky with Spam, pineapple, pickled jalapenos, and banana peppers. 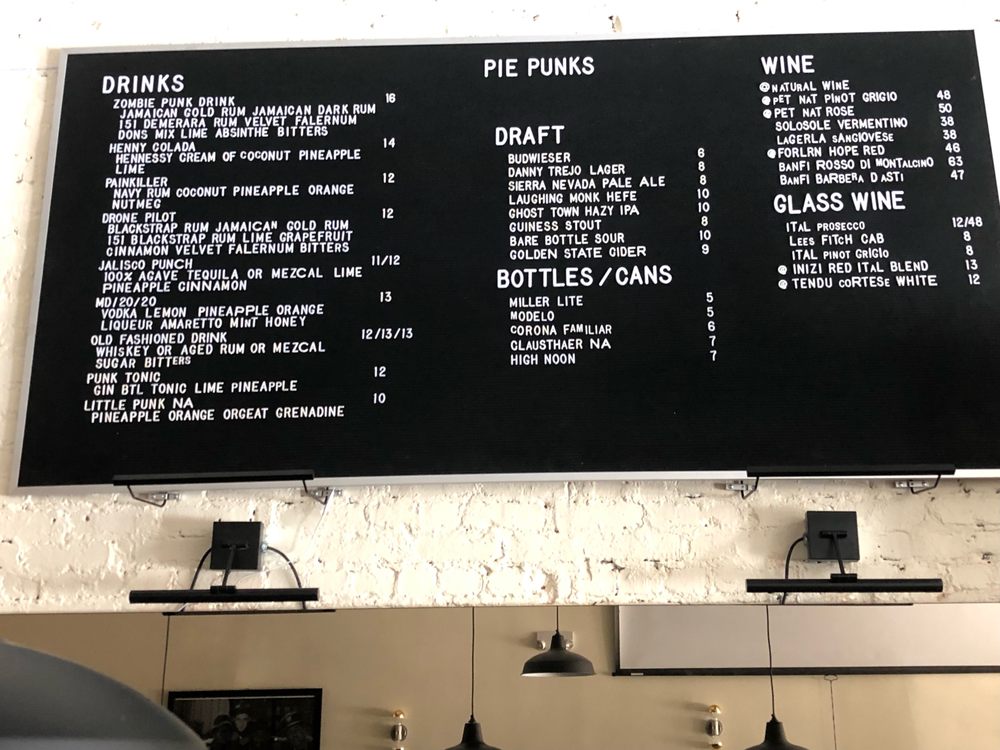 The drink menu is loaded with nine signature cocktails, many with a Tiki influence, full of unconventional ingredients and elevated flavors. For instance, the Drone Pilot contains three types of rum, lime, grapefruit, cinnamon, velvet falernum, and bitters. The Henny Colada is a cognac-infused version of the tropical pina colada classic. There are also eight beers on tap, five wines available by the glass, and even more available by the bottle. 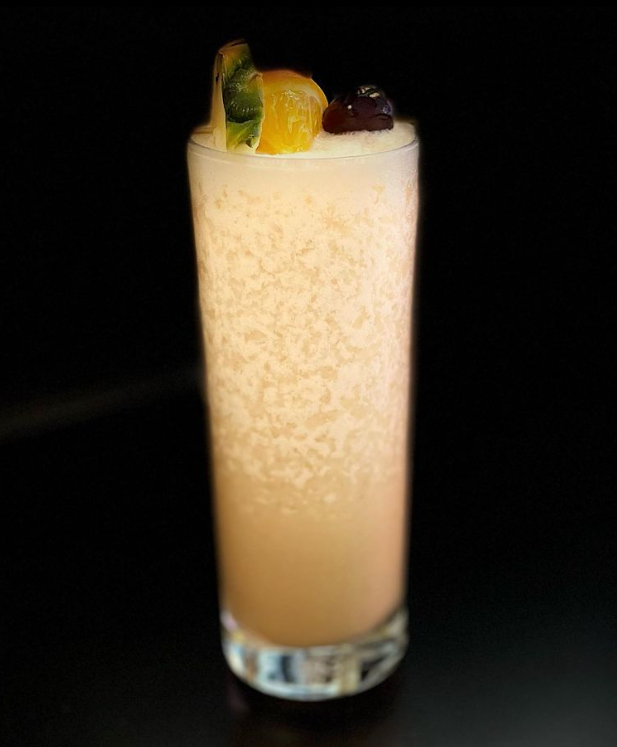 The decor at Pie Punks is not flashy and is purposely unpolished. Ford will still be adding subtle touches here and there to go along with the photos that dawn the walls of pop culture icons from the past. You can check out Pie Punks Tuesday through Saturday from 11 a.m. to around 10 p.m. The hours will likely expand into the late-night hours very soon. “We’re trying to basically say we’ll keep the bar open and serve slices until we’re out of slices,” Ford told Eater. For now, there’s no online ordering option, but you can dial in your order for pickup by calling (415) 535-2898.