By Amy Stephenson - Published on March 01, 2013.
San FranciscoUpper Haight
All in today's Odds and Ends.

You might have seen this on our twitter feed yesterday, but Radish, the black and white pitbull seen above, got lost in the panhandle yesterday. She took off across Oak, and she may have been hit, but it didn't slow her down. Many thanks to Animal Control, who picked her up shortly after. 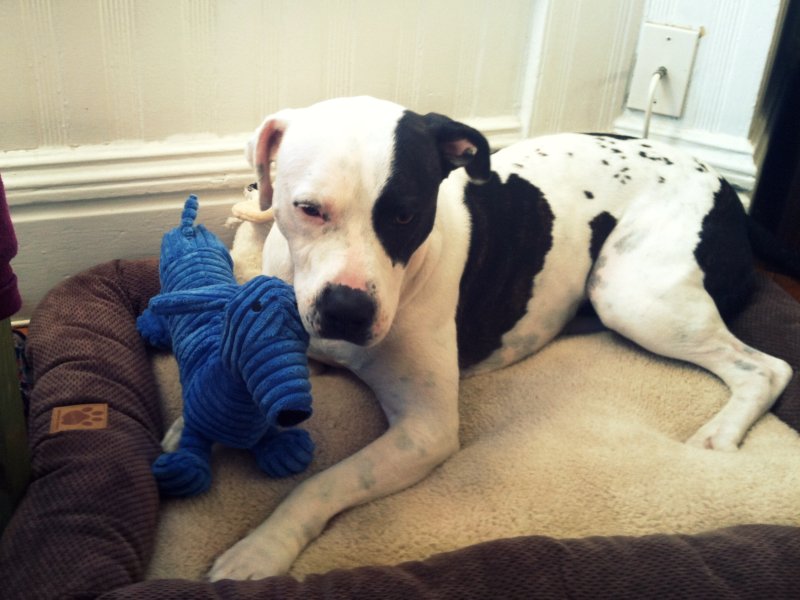 ------- Next, a metafilterer got slapped with a parking ticket at Haight and Belvedere that cost a whopping $996. She parked in a handicapped spot that's super faded, and the resulting thread about parking fines and what to do about them is strangely riveting. There was a similar story on 7x7 recently about a $966 cup of coffee. ------ Next, a source tipped us off that All You Knead will close after this weekend for renovations. They plan to be out of commission for a month or two, and then reopen under the same name. The menu will be different, though: they'll be serving Asian food. We'll keep you posted on the progress. ------ Finally, a source tells us that "retail trucks" might be descending on the neighborhood soon. Retail trucks are basically like food trucks, except they sell other things like shoes, or clothes. Generally, food and retail trucks are supposed to go to places that are underserved, but obviously, if you had a food truck, you'd want to go where there is lots of foot traffic. The merchants object to mobile competition on their turf, so the Supervisor's Office is doing some research before they issue any permits. Retail trucks have been trying to make their way into the Haight for about a year, so we expect to hear more about this during the summer tourist season. ----- And that's all she wrote! Have a great weekend, kids.
San FranciscoUpper Haight
About 9 hours ago