Twitter and Uber aren't the only businesses growing in the Mid-Market neighborhood. Huckleberry Bicycles (1073 Market) will welcome customers into its newly-expanded store in mid-October with a sale, a new line of bicycles, and the unveiling of a mural painted by a local artist.

Business has ballooned since the shop opened in 2011, and Huckleberry has outgrown its current space. The expansion will mean faster, higher-quality repair service, and a larger collection of bicycles. 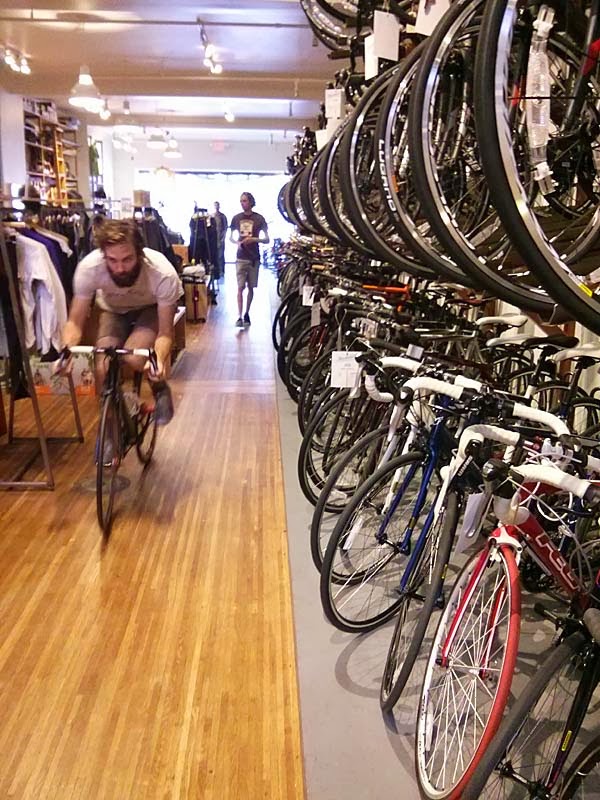 Like the current storefront, the expansion will be crafted from Craigslist finds and the sweaty handiwork of founders and friends Brian Smith, Jonas Jackel and Zack Stender. Huckleberry sits at the epicenter of the neighborhood that San Francisco Chronicle columnist Herb Caen coined as “le grand pissoir” in the 1980s. While Mid-Market has long been known for drug and sex trafficking, Huckleberry took a risk and chose the neighborhood for another kind of traffic: bicyclists commuting to work in SoMa and the Financial District.

The shop runs an outdoor kiosk offering free bike repairs on weekday mornings, which benefits the community and brings in new customers. "We were looking at Market Street as the bike equivalent of a highway with no gas stations. Adding a bike shop seemed like a slam dunk," said founder Jonas Jackel. 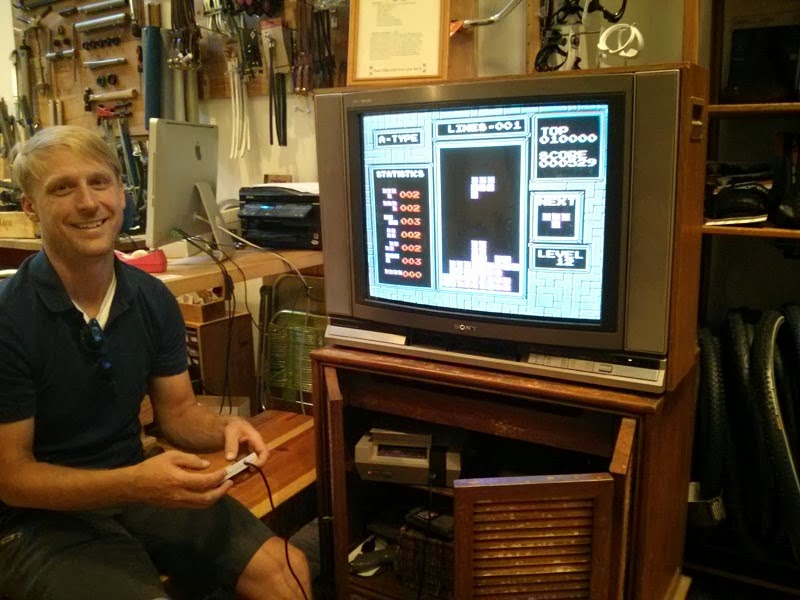 
Nestled between strip clubs and boarded-up storefronts, Huckleberry has seen, perhaps surprisingly, overwhelming success selling stylish bicycles and gear. The founders are unsure exactly how to credit Huckleberry’s success, but it could be its warm and inviting atmosphere that evokes nostalgia for your first time riding a bicycle without training wheels. Vinyl records play in the background, and customers play Nerf basketball and old-school Nintendo while they wait for repairs. It feels a bit like hanging out in a cool (but not too cool) friend's garage. Also, they happily accept tips in beer. When asked if he sees Huckleberry as evidence of a revitalized neighborhood, Jackel said, "It has a long way to go, but it's filling in."

Huckleberry Bicycles is open from 11am to 7pm on weekdays, and noon to 5pm on weekends. Their repair kiosk at 7th and Market is open weekday mornings from 7:30am to 9:30am.

San FranciscoMid-Market
About 12 hours ago