Alamo Square has a long history of bringing humans and dogs together. We caught up with dog walker and lifelong local Terry Williams to learn a bit more about his time spent in the neighborhood, and his remarkable connection with our four-legged friends. 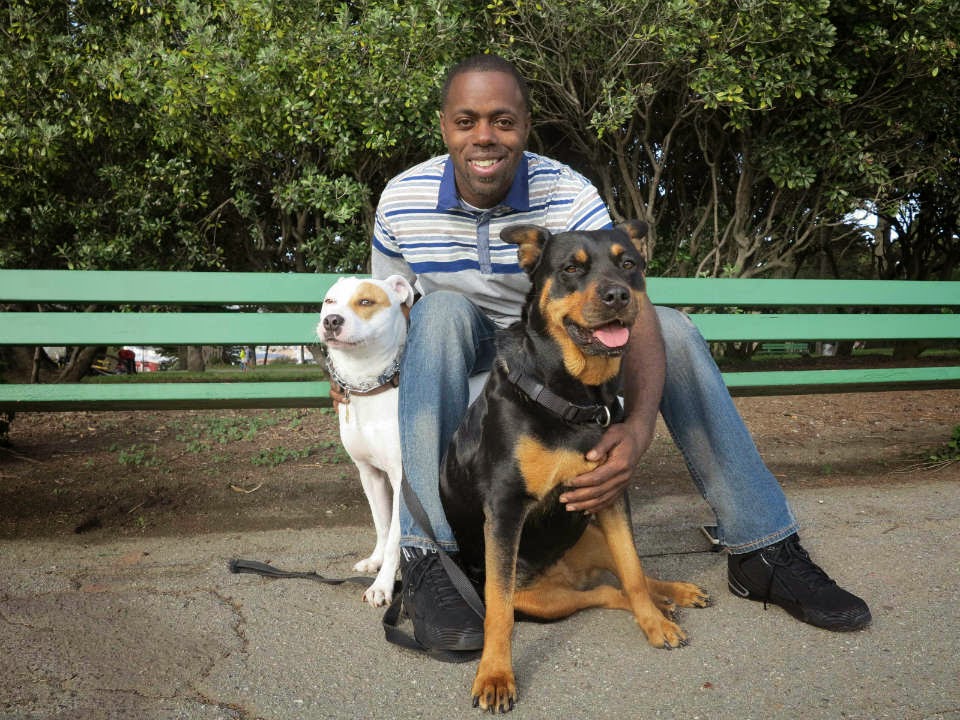 Terry was born and raised on Grove and Fillmore, attended San Francisco public schools, and has been walking dogs at Alamo Square for nearly 30 years. He told us that his first ‘client’ was a 125-pound Rottweiler. He was 10 years old.

A true local, Terry's family owns the building he lives in, and has done so for many years. We asked him how he feels the neighborhood has changed over his lifetime.

"The park is cleaner," he told us. "Growing up here in the 80’s, around nighttime, people used to try and get up out of this park.”

Back then, he said, Alamo Square was a dangerous landscape. Although the ‘diversification’ of the neighborhood has had its downsides, he does feel the park and the neighborhood have become much safer. And he’s glad his parents never sold their apartment building, given its location.

One day, Terry was walking a dog named Stuff (also an enormous Rottweiler) when another big dog ran up and began attacking the two of them. As he was defending both Stuff and himself, he says many of the other dogs playing at Alamo dropped what they were doing and ran to his aid. It was at this point that Terry realized he had a knack for connecting with dogs.

“My grandma saw the gift I had. I always wanted to be with dogs more than people,” said Terry. “My family had lots of crazy guard dogs and I could always connect with them. I’ve rescued pit bulls used for fighting and turned them into family dogs.”

From what we’ve seen from his interactions with dogs in the park, as well as several glowing reviews on Yelp, it appears that Terry really does have a gift.

He prides himself on the fact that he never takes more than five dogs out at a time, saying that when people try to manage too many dogs at once, it's simply too hard to give each the attention they deserve.

Terry’s rates may vary, as he offers price breaks for long-term clients, but he generally charges about $20.00 an hour for his services. If you’re a dog owner in the neighborhood looking for Terry's help, he can be reached at (415) 574-9095 or terryandroxysdogwalking{at}gmail{dot}com.