Photo: Adam Hofbauer / Hoodline
By Adam Hofbauer - Published on April 23, 2014.
San FranciscoInner Sunset
When Cuschieri's Cabinet Shop opened in July of 1954, the 49ers still played their home games down the street at Kezar Stadium.  It was the year Joe DiMaggio married Marilyn Monroe on the steps of San Francisco City Hall, and the block of Lincoln Avenue between 8th and 9th was unrecognizable compared to today.

Cuschieri's was once bordered by a machine shop on one side and a bicycle repair shop on the other.  Now sandwiched between the parking lot of restaurant Pacific Catch and The Secret Garden Tea House and Gift Parlour, Cuschieri's is still owned and operated by its namesake and sole employee and owner, Paul C. Cuschieri.

Paul was born in Detroit, but moved to the Mediterranean Island of Malta when he was still a child.  He was seventeen when his father, who had stayed in the US,  relocated the family to San Francisco.  Paul purchased his shop's location from a preexisting cabinet shop, expanding into a neighboring unit for an extra $25 a month, bringing his total monthly rent to $60.

Since then, Paul has made his living through a mixture of custom creations and conversions, with clients ranging from individuals to local businesses.  His work covers the full spectrum of woodworking projects, from headboard expansion to chair construction, heavy bookshelves to intricate windmills and window frames. 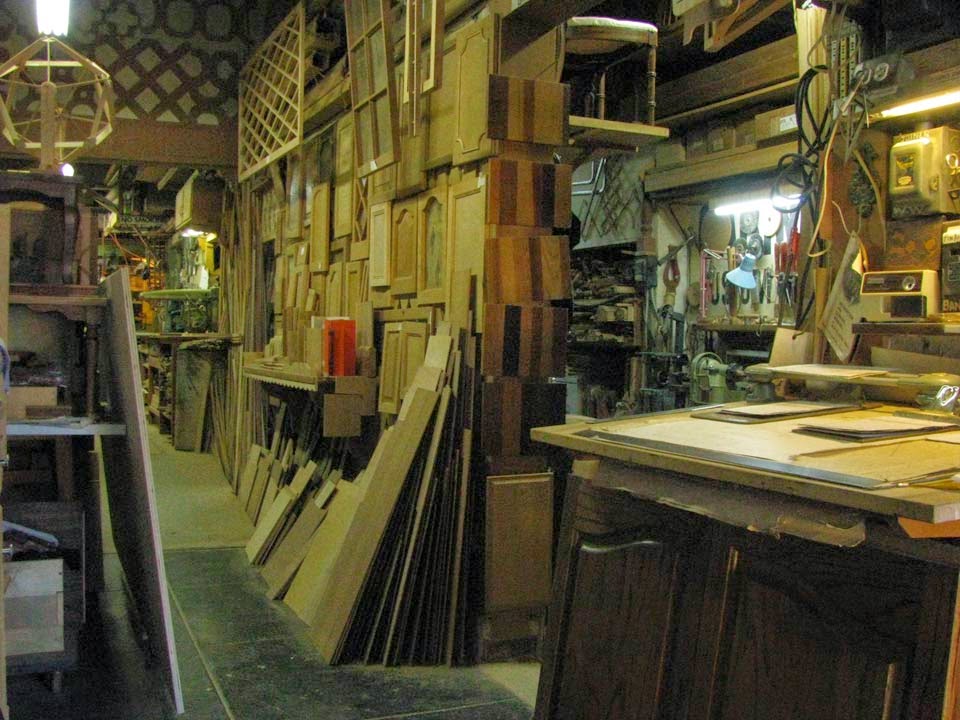 There is an ancient dollar bill mounted above Paul's desk, a note that one assumes is the typically lauded "first dollar" the business ever earned.  Paul points out, however, that this is not quite the case.  When he made his first sale, Cuschieri wasn't even able to afford that symbolic gesture.  What he does have are photographs.  In the front of a thick leather binder, a black and white portrait of a secretary cabinet is labeled "First Job, 1954."  It is the first in a series of portraits that stretch across four equally thick volumes, evidence of every job that Paul has completed over the past six decades. 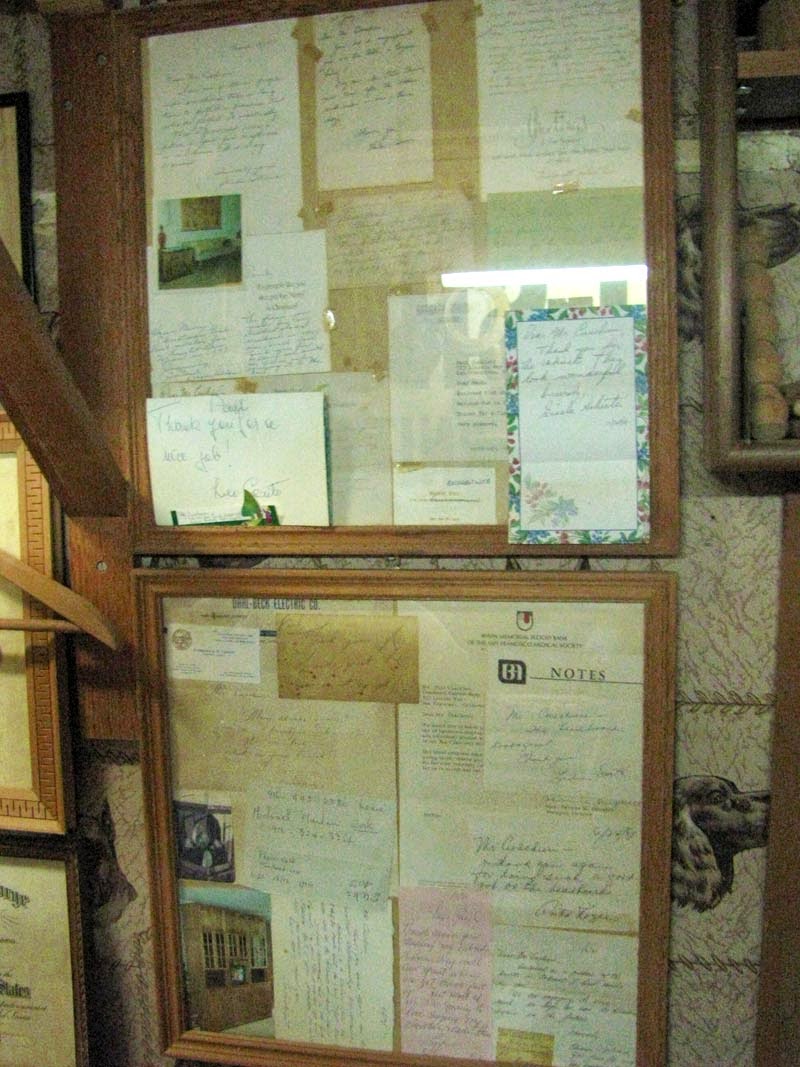 More than just an artistic memoir of book shelves and headboard expansions, Paul's photographs reveal the continuing support that has allowed his business to remain stable in an ever-changing neighborhood.  One photo from 1956 is labeled as a job for Ollie Marie Victorie.  Victorie would go on to become a long standing San Francisco judge, and her name that appears in another of Paul's books in 1988, on a business card thanking him for another job well done.
It was this same kind of loyalty that allowed Cuschieri's to remain open in the face of mounting pressure from the city.  Though it was over twenty years ago, Paul clearly remembers when he was given a notice to vacate his shop.  Re-zoning had determined that his business was considered industrial in an area that no longer allowed such occupancy, and he was prepared to close.  It was only through the efforts of his past customers and neighbors that enough pressure was put on the Planning Commission to allow Paul to remain in business.  Continuing only after being grandfathered into existing law, Paul was forbidden to expand or hire additional employees.
To broadcast his unexpected survival, Cuschieri had to personally call every one of his customers within a three mile radius.  He endures, he says, as a kind of “secret”. 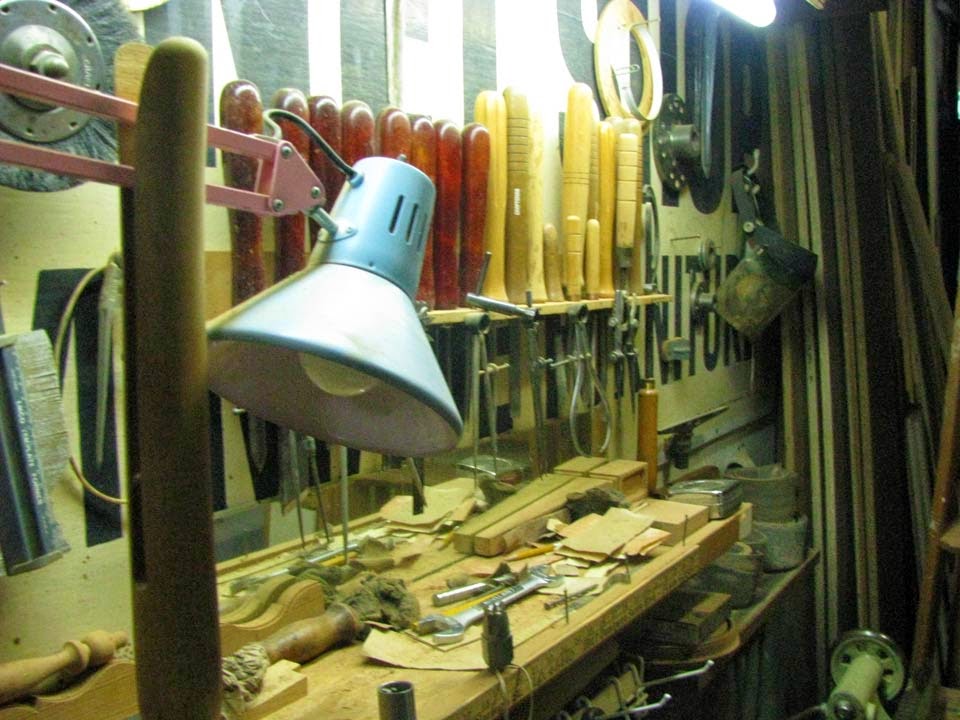 Paul seems unfazed by the fragile, mass-produced furniture that now fills so many homes.  Given how busy he has been over the past sixty years, it even seems possible that he has barely noticed. Continuing business is enough to convince him that people still value craftsmanship and longevity.  And walking through his still-active shop, passing the barrel sander that he built himself and the jobs in progress, it is as if there is no such thing as IKEA.
While new businesses in the Sunset often struggle to stay open a few months, and longstanding ones risk closure due to rising rents, Paul Cuschieri is proud to be a living piece of Sunset history, and he has no plans of leaving anytime soon.
If you've got a job for Paul, business hours are 10:30am to 4:00pm Monday through Friday, and he can be reached for business inquiries at (415) 664-7452.
San FranciscoInner Sunset
About 21 hours ago