A few weeks ago we discussed several real estate projects being developed in the neighborhood. We now have some information about two we didn't include last time. Before we share those details, let's talk about the Central Freeway for a moment.

As you probably know, a giant double-decker freeway used to go through our neighborhood. As seen in this SFGate photo, it looked like this: 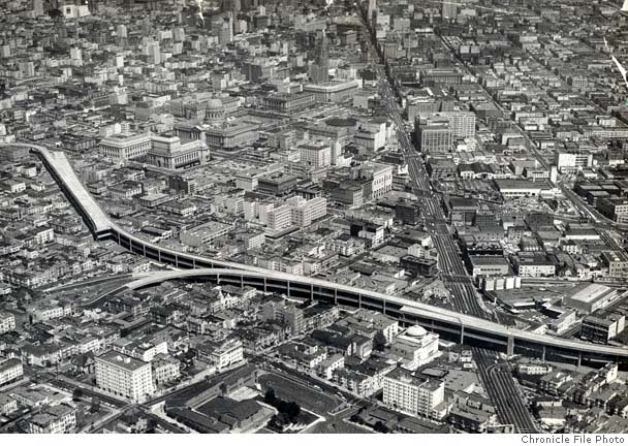 After it was torn down, the land previously occupied by the Central Freeway was broken up into small parcels of land. This SocketSite map from 2006 shows each parcel and how it lines up with the path (and off-ramps) of the freeway:

The reason we bring this up is because two of the last undeveloped parcels are on their way to becoming mixed-use buildings.  Parcel H is currently being developed and Parcel F just got purchased.
Here's what we know about each of them.
PARCEL F: 388 FULTON 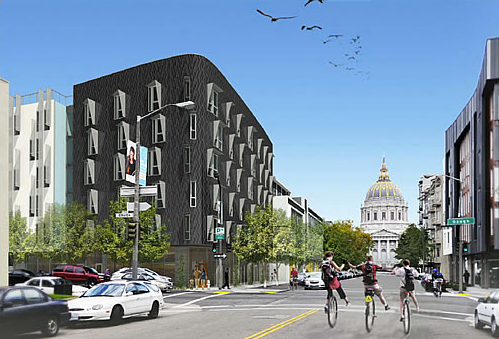 It was recently announced that Parcel F, located on the northeast corner of Fulton and Gough, has been purchased by 7x7 Development and will be turned into condos. MHNOnline shares that the space directly next to the new Boys & Girls Club will have 69 residential units and retail on the ground floor.
According to MHNOnline, "Kim Diamond and Brian Saliman, the developers who formed 7x7 in 2013, declined to specify a price for the site, but they plan to break ground early this summer... (and) be ready for occupancy in the fall of 2015."
The building will be designed by David Baker Architects (DBA) and built by a local general contractor, Fisher Development Inc.
Fun Fact: the SF Planning Department originally requested for the building to be redesigned with a lighter exterior but was eventually overruled.
PARCEL H: 400 GROVE 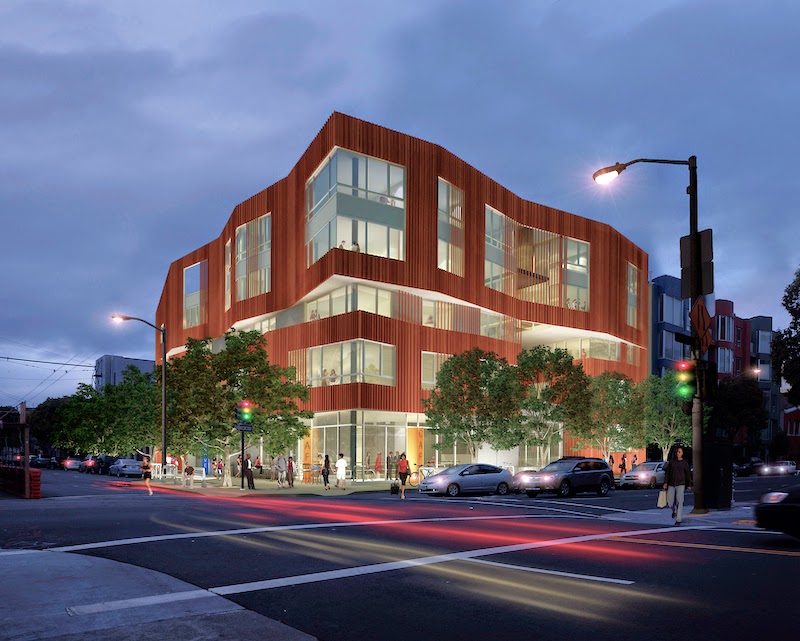 Just as the 300 Ivy project finishes up on the southwest corner of Grove and Gough, 400 Grove (Parcel H) is in the works directly across the street.
Seen in the picture above by DM Development and DDG, this five-story building is designed by Fourgeron Architecture and will have 34 residential units and retail on the ground floor. It's being developed by the same group that did 8 Octavia (currently being constructed at Octavia & Market) and 450 Hayes (the empty lot next to Flipper's that will soon house 41 residential units).
The contractor broke ground back in December and here's how things are shaping up as of this week: 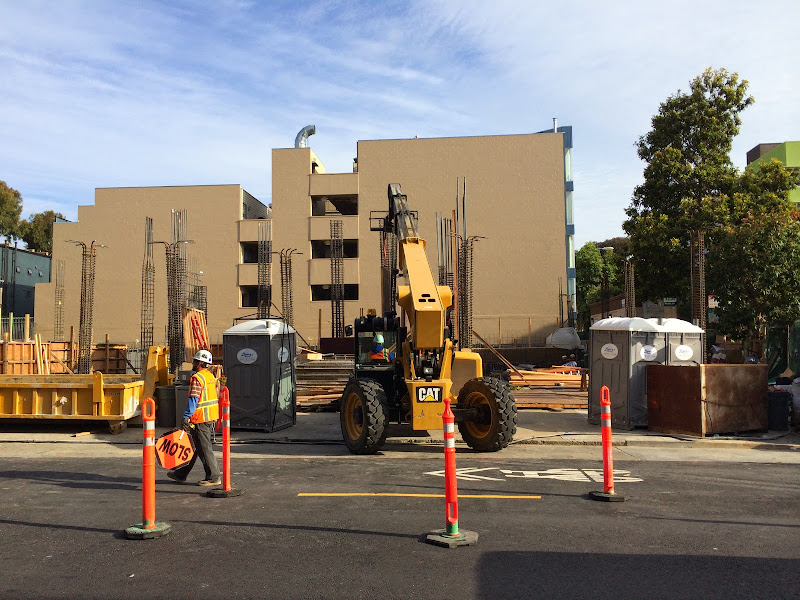 CurbedSF shares that the building will be in the shape of a "C" (wrapping around an interior courtyard) and that the proposal included 4 on-site Below Market Rate (BMR) units and 17 parking spaces in an underground garage.
The building is expected to open by the end of this year.
UPDATE (4/30): The development team for 400 Grove is both DM Development and DDG.
San FranciscoHayes Valley
About 19 hours ago