A Morning Of Terrible Driving

Photo: Twitter / @forcedmigration
By Andrew Dudley - Published on May 15, 2014.
San FranciscoDuboce TriangleLower Haight
Maybe it was last night's full moon, but there's been a spike in horrendous driving in the area over the past 12 hours.
It kicked off with a truck crashing into a funeral home at 2254 Market Street around 12:30am, setting off a fiery blaze.  The Castro Biscuit cites police as saying that the hood of the truck flew open and there was a "bang," causing the driver to lose control and crash into the building.  Fortunately the fire was extinguished fairly quickly, and the driver and passenger were treated at the hospital for non-life-threatening injuries.
Later in the morning, several readers tipped us to lots of police activity on Webster between Haight and Waller, where cops had their guns drawn on the driver of an SUV.  Twitterer Dan Jackson reported that police believed the car had been stolen.

SFPD just took a guy out of his car at gun point at Haight and Webster. They said the vehicle is stolen. #LHSF http://t.co/WAteULbjRC

Not long after that, just after 9am, Dan had the luck to witness another oddity: a DeSoto cab attempting to drive down the narrow bike lane at Duboce and Church: 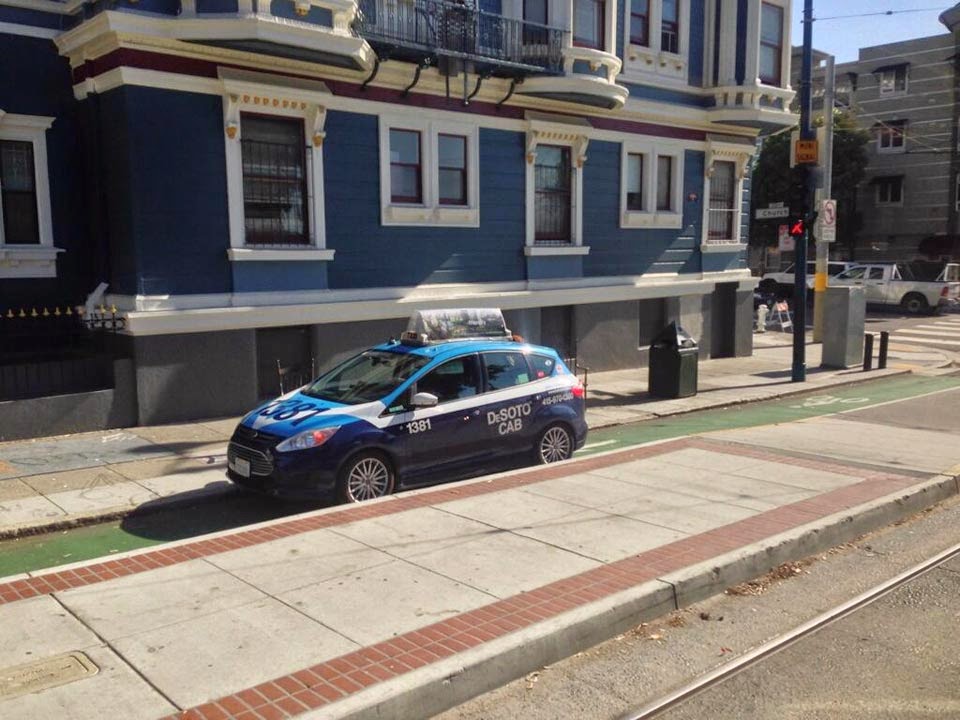 Photo: Twitter / @DanJackson215
Finally, around that same time, Brett Gerry spotted the scene below, the aftermath of a Mini apparently hitting a tree at Haight and Scott:

@haighteration about an hour ago a Mini took out a tree at Scott and Haight. pic.twitter.com/uvW9CJyjcf

Not the greatest morning on the streets of San Francisco.  Pay attention and stay safe out there, folks.
San FranciscoDuboce TriangleLower Haight
Jun 18, 2021