Photo: Jared Schwartz/Hoodline
By Jared Schwartz - Published on May 21, 2014.
San FranciscoHayes Valley
Have you walked by Patricia's Green recently? If so, you might have noticed a new addition to the PROXY project. A giant, steel, football-end-zone-like addition. We've received several questions about it since it went up a few days ago and can finally share details about this mysterious structure.
Designed by Envelope A+D, the same firm that created PROXY, this 32-foot steel structure will have two purposes. The first is to serve as a movie screen, making this corner of PROXY an outdoor movie theater. The second is to support a pop-up fitness hub for Basic Training, a local outdoor boot camp.
Let's learn a little more about each of these separate projects. 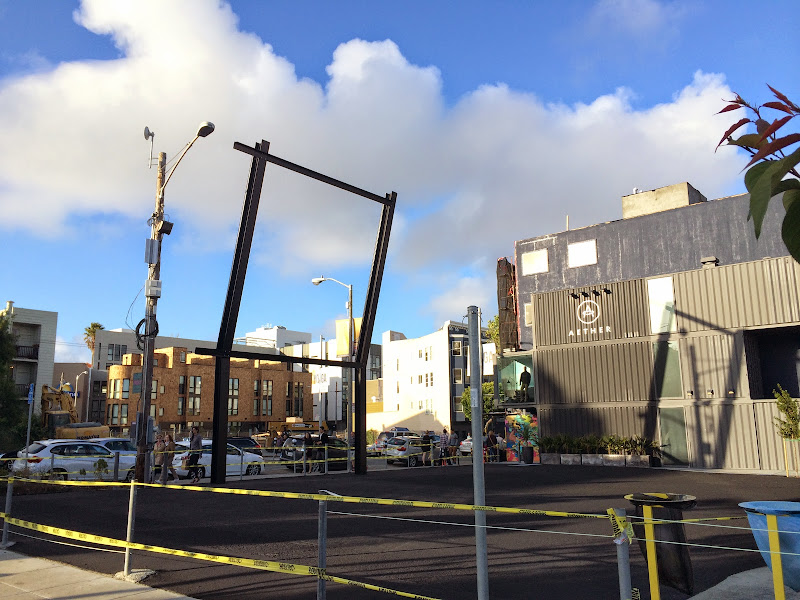 OUTDOOR MOVIE THEATER
We spoke to Lindsey Schott at Envelope A+D, who explained that having an outdoor movie theater has always been part of the plans since they first envisioned PROXY.
"From the start, an outdoor theater has been in the works," Lindsey told us. "With the recent lease extension, we can finally make it a reality."
They're now focusing their efforts on the cost of the project since creating a venue to show films is expensive. According to Lindsey, they're creating a systematic plan to make this happen.
"We are planning on starting a Kickstarter campaign, slated to launch in July. We'll have info coming out shortly with ways people can get involved. It's really important this is a community project: something for people who live in Hayes Valley and surrounding neighborhoods."
The goal is have the structure complete by this fall so they can debut a fall film series, just one component of year-long programming that will include holiday films and a summer grab bag. A curator will be hired to bring interesting pieces to Hayes Valley and work with established film festivals around town to make this a venue for the larger film community in San Francisco. 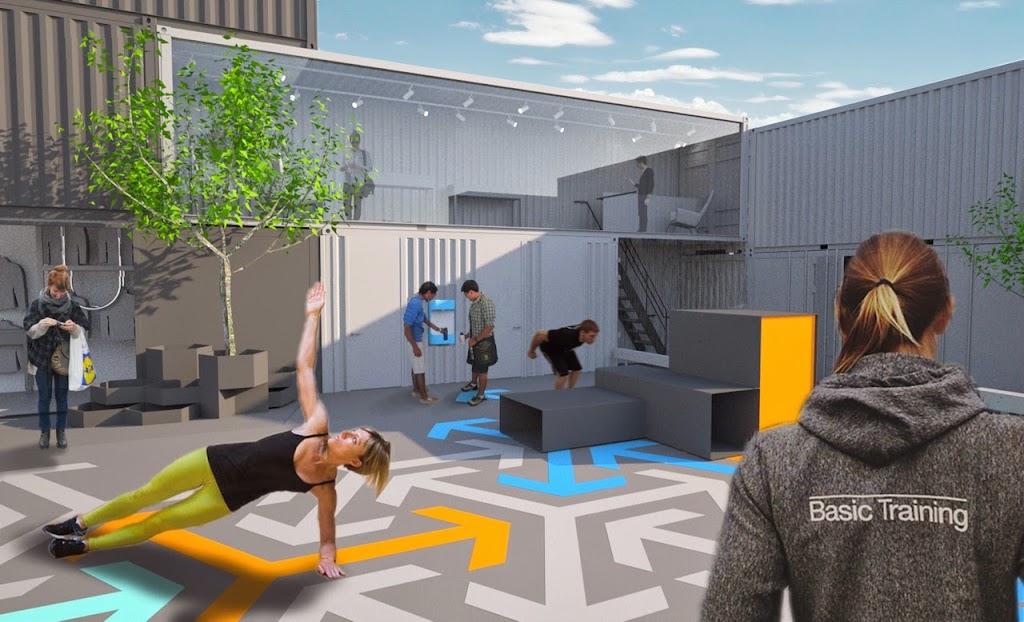 BASIC TRAINING POP-UP FITNESS HUB
Jennifer Pattee, owner and founder of Basic Training, provided insight on what this will look like when it's complete and how they plan to incorporate it into their workout program.
"The part those pillars will hold is a 20-foot long wall with monkey bars hidden with it," Jennifer explained. "It also contains attachments for TRX straps and holes we'll use to fasten dowels and other equipment."
According to Jennifer, the monkey bar wall is part of several things currently under construction, part of which was funded by their Indiegogo campaign last fall.
Starting today, the remainder of the 20-foot long wall and steel wrapping around the bike locker will be installed. In addition, they're spray-painting a pattern on the ground designed by Matt Hulme, owner of Suppenküche and the Biergarten.
Jennifer tells us the fun and abstract visual characters were "inspired in part by our philosophy that the city can be your gym, that working out should be something you look forward to, and that it doesn't need to happen in a gym with fancy equipment."
Below is a sketch from Envelope A+D of what the project should look like when it's complete. 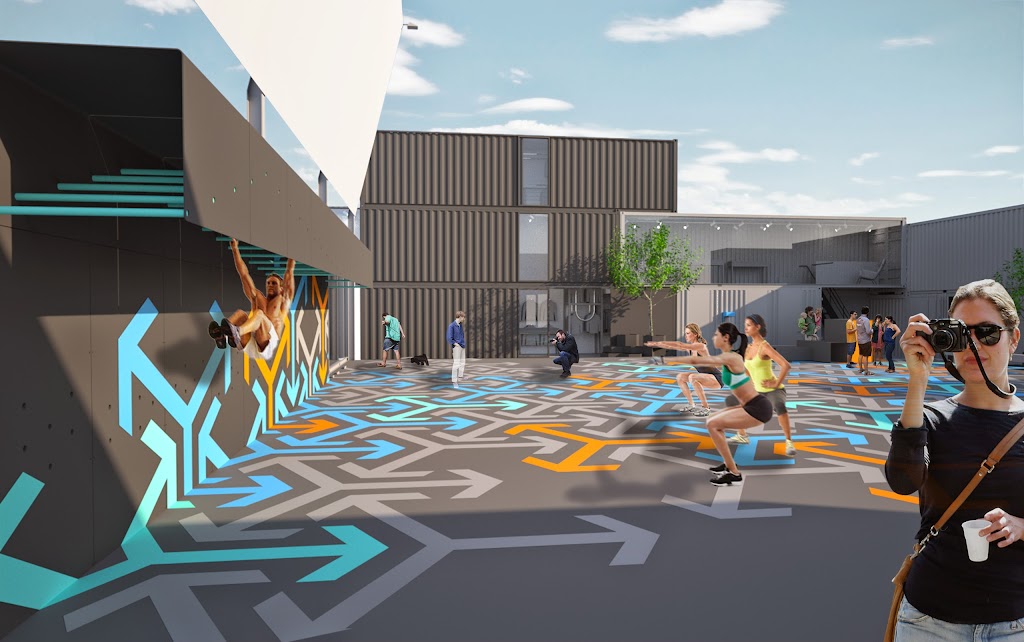 All construction should take place in the next 10 days. To celebrate the completion of this project, Basic Training is hosting a Hayes Valley Launch Party on Saturday, June 7 that will include the following:
With Juice Shop opening their permanent location a few feet away, this busy corner is about to get a complete makeover. We'll keep you updated on more changes as they happen over the next few months.
San FranciscoHayes Valley
Apr 14, 2021