Photos: Nuala Sawyer / Hoodline
By Nuala Sawyer - Published on June 06, 2014.
San FranciscoDivisaderoNoPa
It's been one month since 4505 Burgers & BBQ opened its doors to Divisadero, and if you've walked by recently you'll no doubt have seen a jam-packed patio and a line snaking out the door. It's obviously become a go-to for neighborhood patrons who are craving sweet pulled pork sandwiches or a rack of ribs, but already people are noticing "sold out" signs popping up on the front door for some of their favorite dishes.
What gives? We visited Ryan Farr, owner of 4505, to find out more. 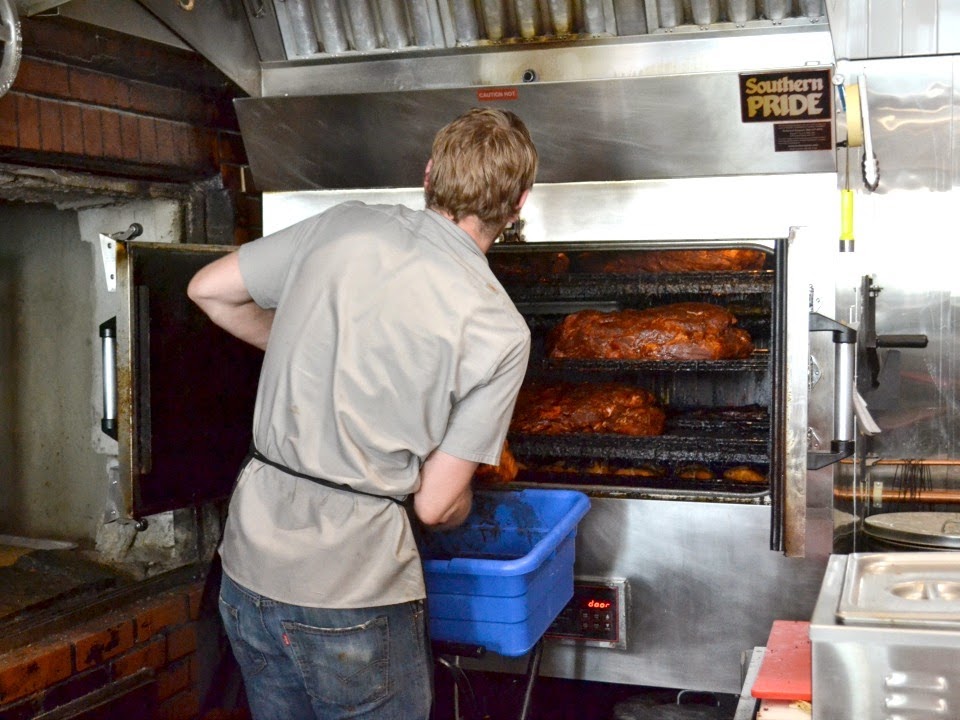 To understand how the barbecue works, first we have to take a theoretical step into their smoker. Big barbecue items like pork shoulders and brisket can take 18-24 hours to cook, meaning that preparations have to begin early for their 10am opening time.
Twice a day, 500lbs of meat are cooked in the smoker, meaning that it's running pretty much constantly. The first round of larger meats (categorized by each piece being 15lb or heavier) come out around 5am. Once they've been taken out, 500lbs of smaller meats such as chicken and ribs get put in. At any given time the smoker is jam-packed, which means 4505 Burgers & BBQ is currently operating at 100% capacity.
Eventually, they're planning on getting a second smoker to meet demand, but at the moment the 1,000lbs of meat they're smoking daily is what you're going to get. So if you're really craving that pulled pork sandwich, consider coming in earlier in the day on busy days like Saturdays. 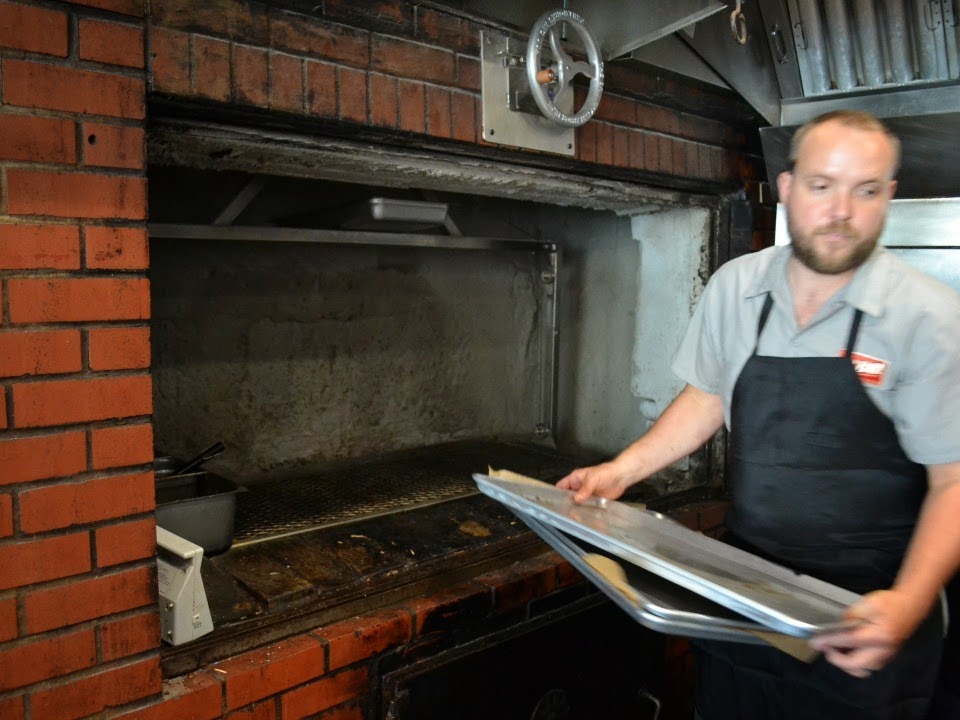 Another thing to note is that even though smoking is occurring 24 hours a day, you may notice that the smokey smell in the air—that aroma used to dominate the block surrounding Da' Pitt—has faded to a juicy, meaty scent. Their modern smoker, and the fact that they're not using the old pit regularly until it gets new doors, means that our neighborhood is considerably less smoky than it used to be.
As for the patio, it's a permit-in-progress. The current rough design is constructed from old wooden beams from Da' Pitt . In fact, if you take a whiff of the wood outside you'll be reminded of the barbecue days of yore. They'll be cleaning it up a little next week, but final construction won't be put into play for a couple months. The good news is that it'll include a shipping container to offer indoor seating, with a canopy to shade brisket aficionados by the time the warm fall weather rolls around. 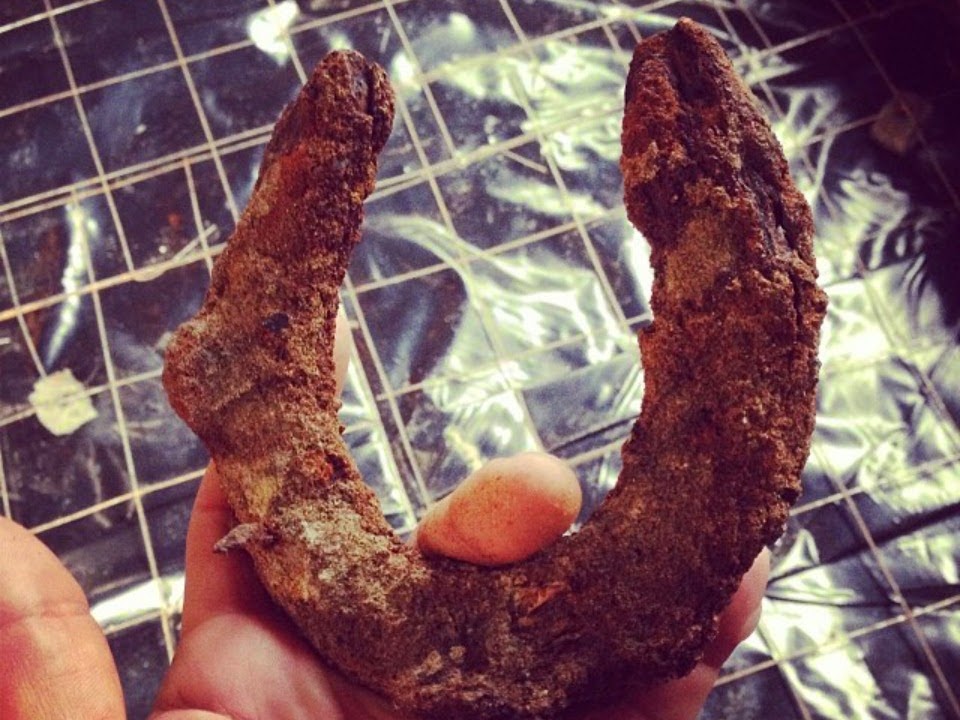 (photo: 4505 Meats)
Just as we were leaving, we noticed an old horseshoe framed above the doorway. While digging up the foundation for the renovation, builders found a rusted horseshoe about 6 feet deep. According to Joe the landlord, who also owns the auto shop next door, the place used to be a horse stable back in the day.
Somewhat superstitious, Ryan told us he's had a horseshoe over the door in his old 4505 kitchen in the Mission for years. Discovering this one felt like a good omen, and so far it's proving to be true.
San FranciscoDivisaderoNoPa
About 10 hours ago