Photo: Amy Stephenson/Hoodline
By Amy Stephenson - Published on July 25, 2014.
San FranciscoUpper Haight
Two legends of the Haight died this week, and Haight Street is commemorating them in due style.
Early Thursday morning, the neighborhood lost Suzy Interlandi, best known as Izu. She was a decades long fixture of the Haight, immediately recognizable as the diminutive woman with the larger-than-life personality, long, straight black hair, sequined red Chuck Taylors and a smart little dachshund. 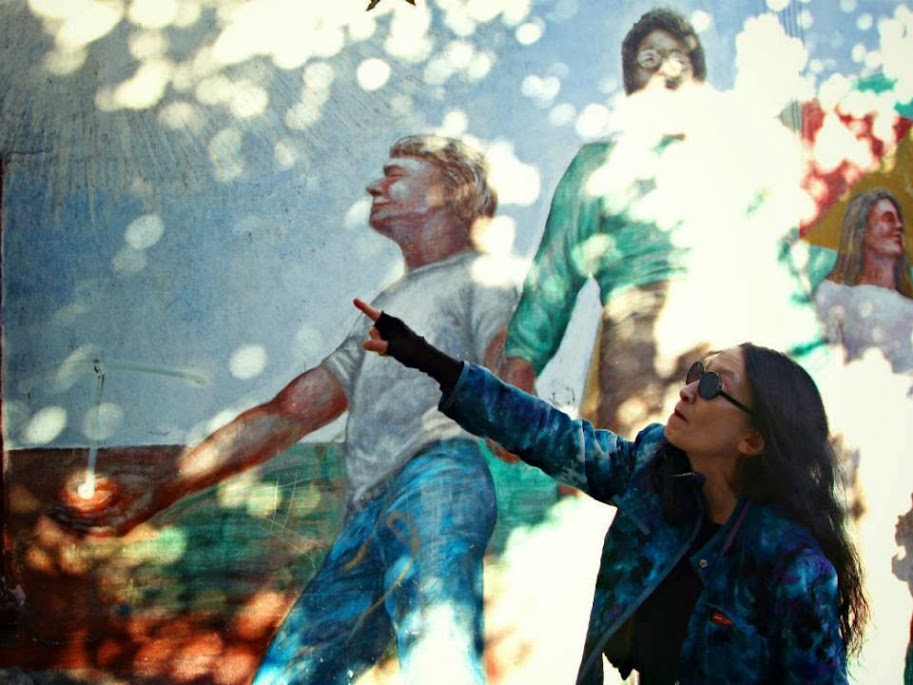 She was the Haight's most visible, recognizable, long-running tour guide. She was often seen commanding the attention of droves of tourists coming to hear about the Summer of Love and the history of the Haight. 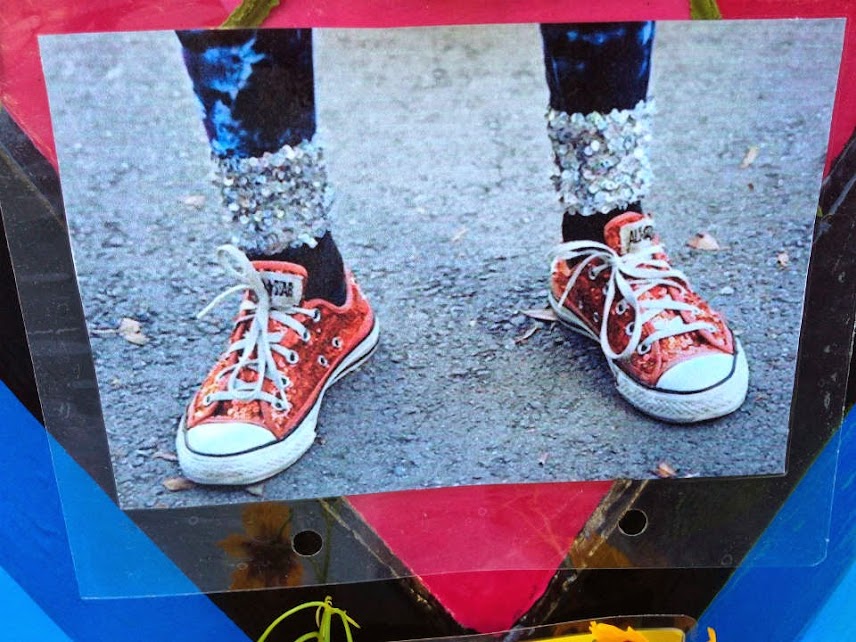 Izu was admitted to Saint Mary's Hospital on Stanyan Street two weeks ago, where she was visited by friends and her son Christian, whom she is survived by. 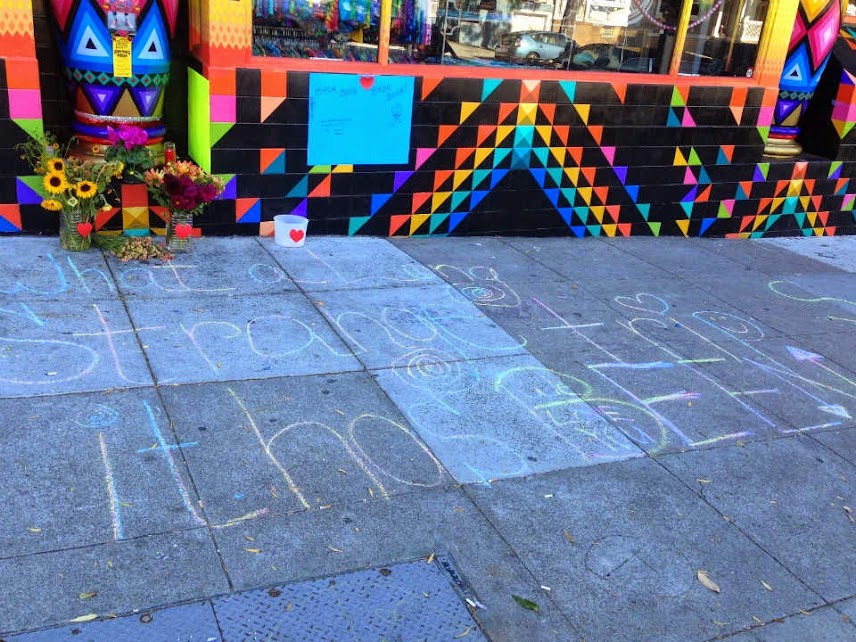 Since then, a memorial offering has appeared on the northwest corner of Haight and Masonic, with flowers, photographs, drawings, written thank yous and chalk art reading "What a long, strange trip it has been." 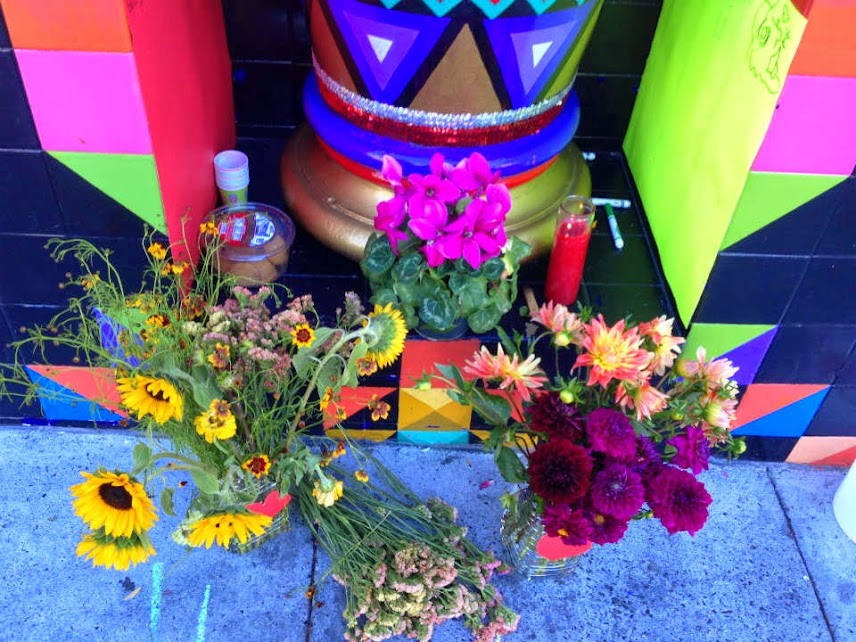 Izu, we'll miss you.
-------------------------
Also yesterday morning, a memorial for neighborhood legend and near-mythical figure Fast Eddie appeared outside the t-shirt shop at the northwest corner of Haight and Ashbury. He died of liver failure on Wednesday.

(Image via Dead Net)
Fast Eddie is something of a local legend, and his image is susceptible to rumors: that he was associated with the Grateful Dead, that he at one point helped supply the Haight with most of its LSD, that he was just some guy who'd been here forever. He was the man who assembled the pop-up Christmas tree outside of Ben & Jerry's.

In fact, Fast Eddie was one of the last remaining members of the Wrecking Crew, the activist group that grew out of the Diggers at the end of the Sixties. For over 20 years, according to Haight local Michael Xavier, the Wrecking Crew helped feed the homeless out of the soup kitchen at Hamilton Church on Waller Street.
Eddie was also, said Xavier, associated with the groups that grew out of their association with Bill Graham. Xavier explained that the Wrecking Crew was, like the Diggers, an outfit that enforced civility from people hanging out on the street and looked out for kids, protecting girls especially from drug dealers and pimps.
The story goes that at one point he was a millionaire who owned property in the neighborhood. He lost most of what he had through drug addiction, and at one point, it is rumored that he was the main acid distributor in the neighborhood, if not the whole of San Francisco. Toward the end of his life, he lived out by the beach, but still spent a lot of time in the Haight.
His brother has been in the neighborhood handing out these stones, with Eddie's picture inside, to his friends: 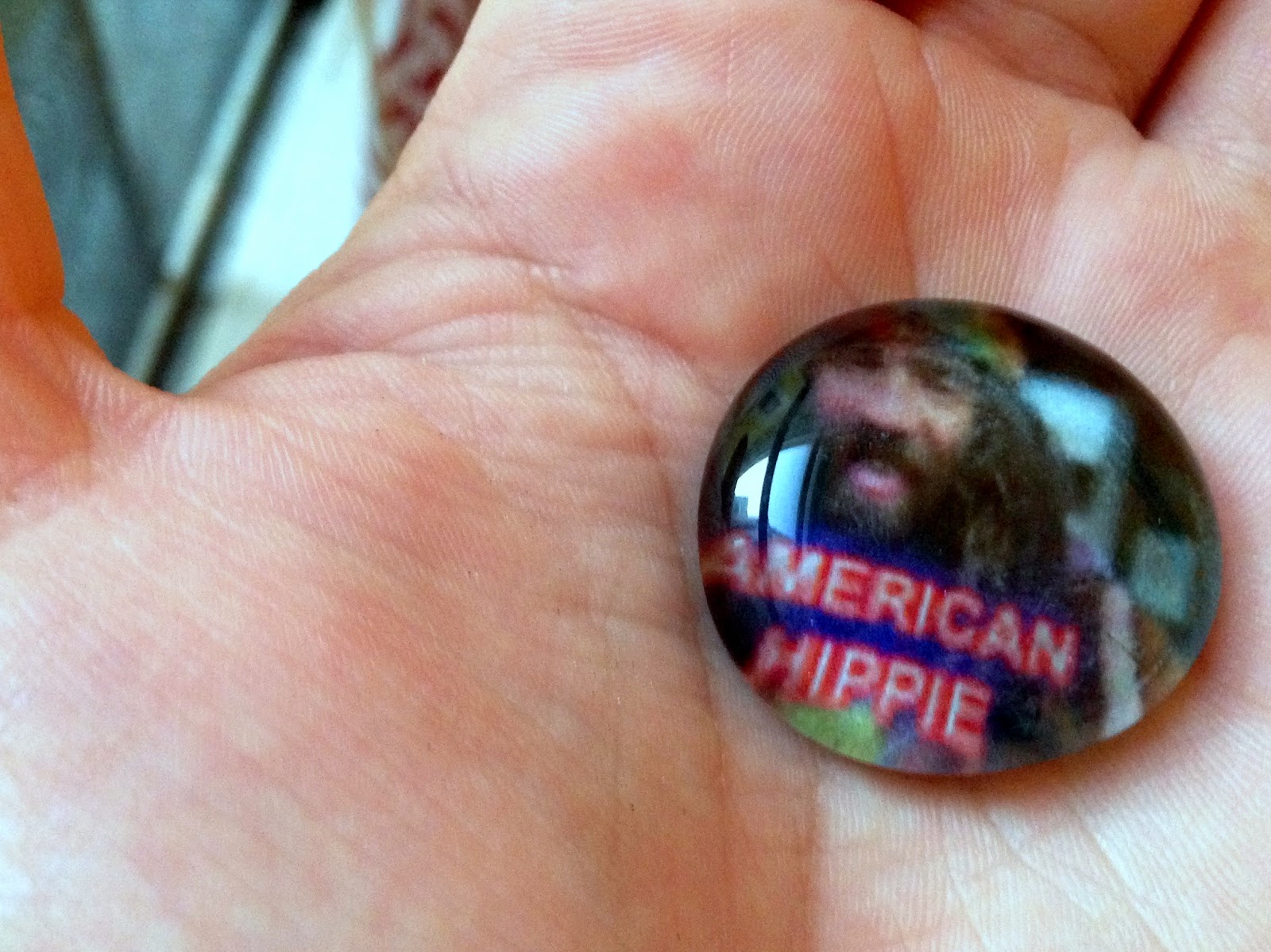 Fast Eddie's memorial is growing to take over the whole corner. By 8am yesterday, it looked like this: 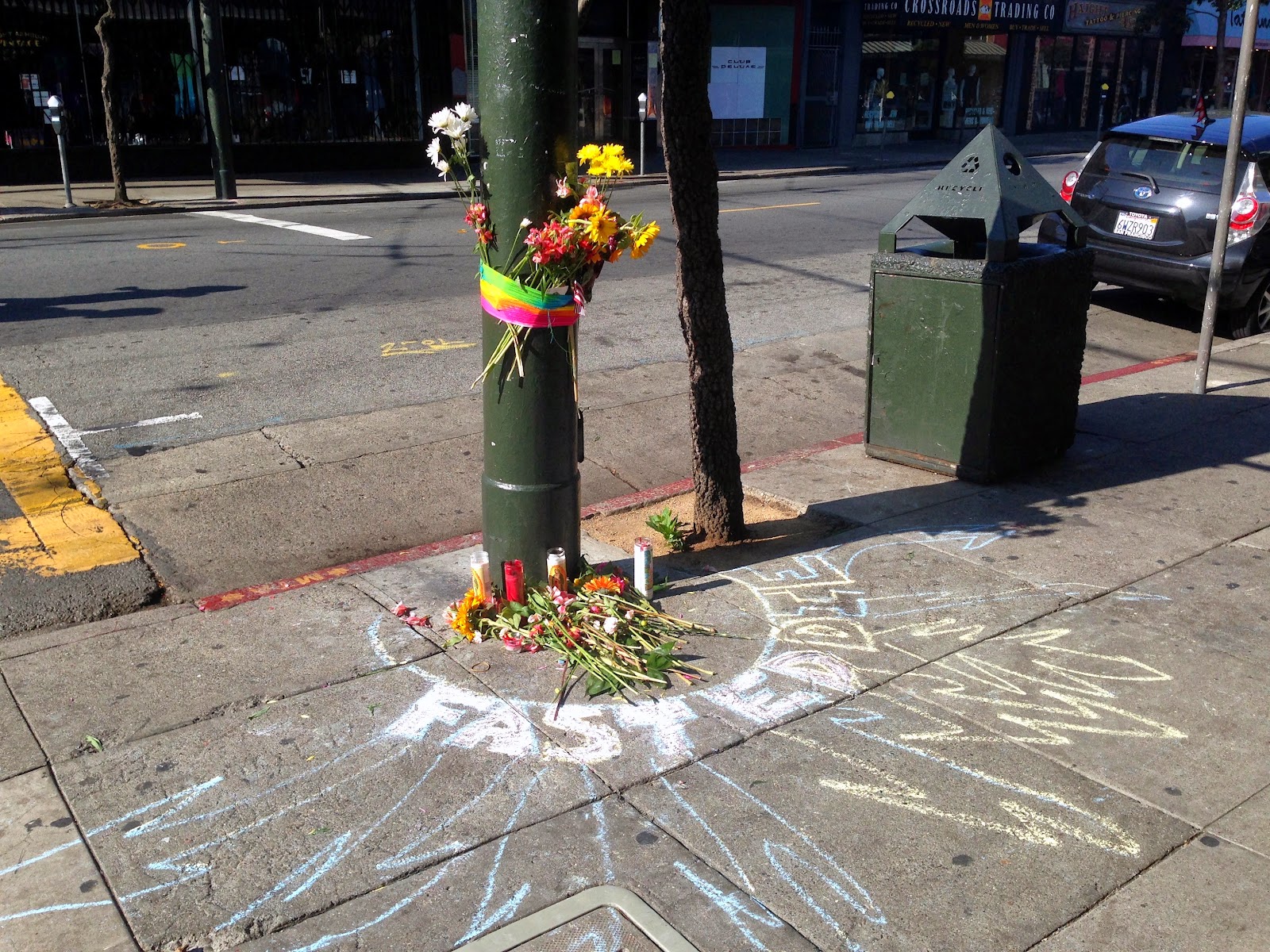 As the day wore on, it became something more elaborate. Here it is mid-day. 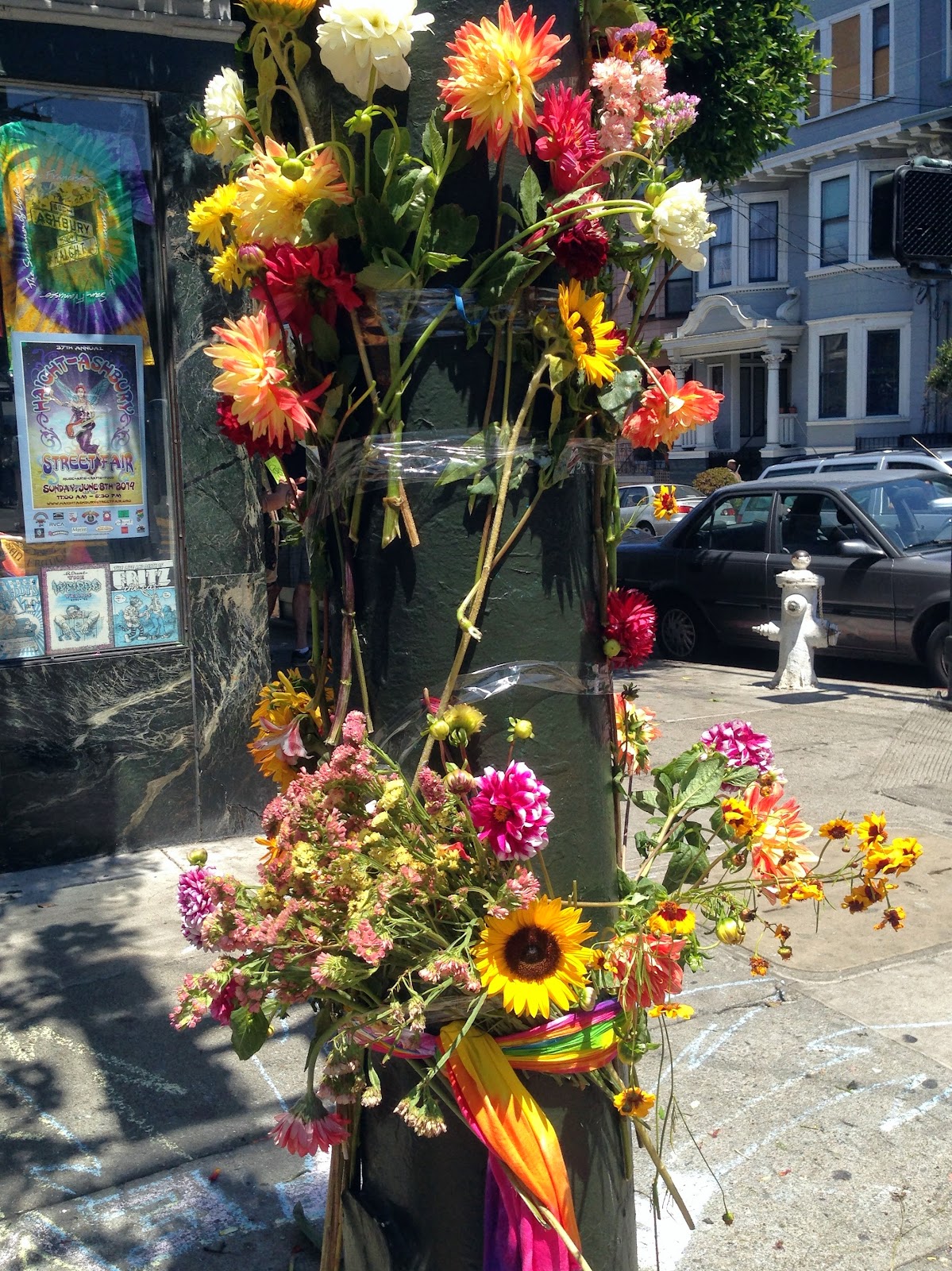 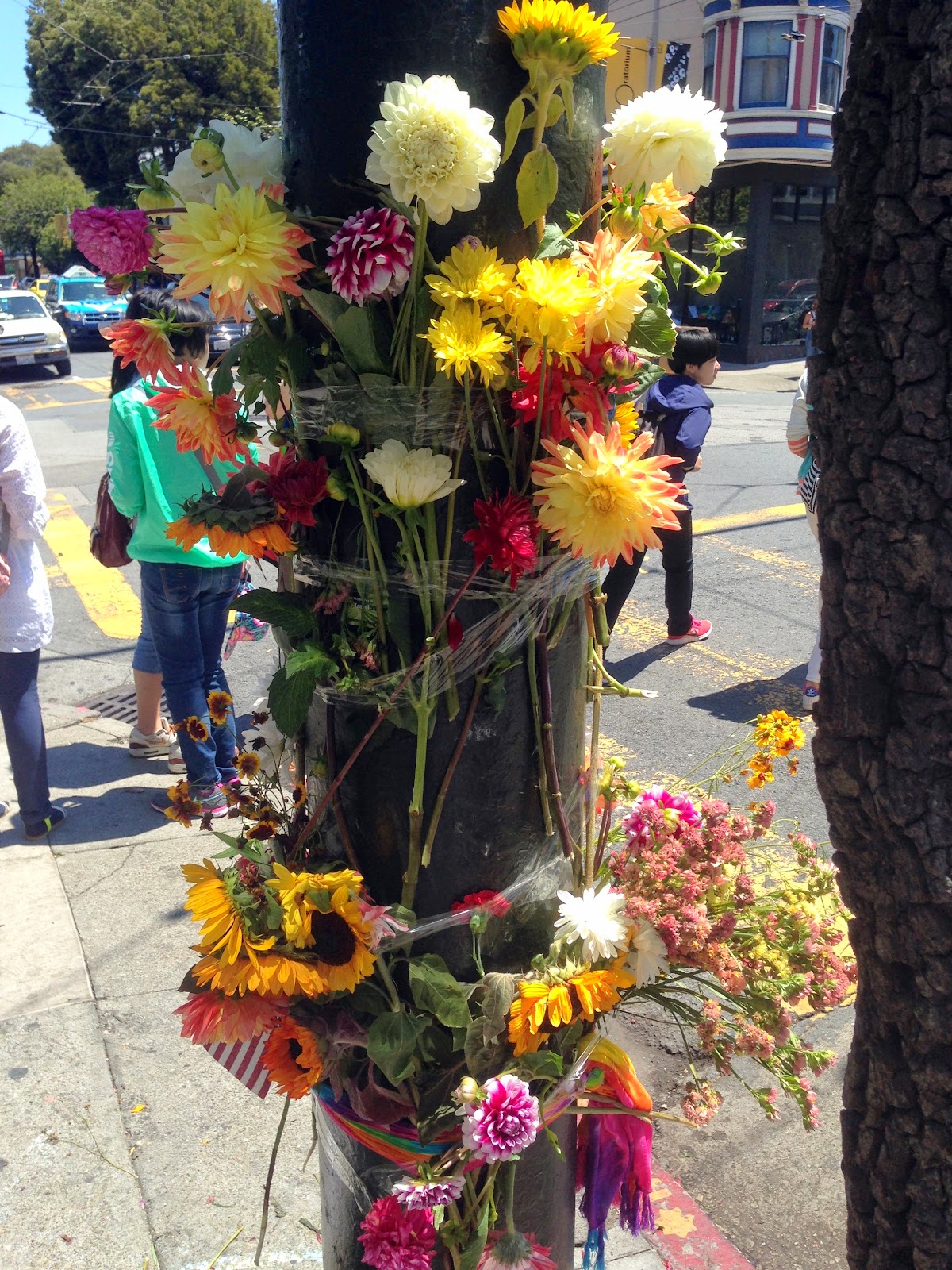 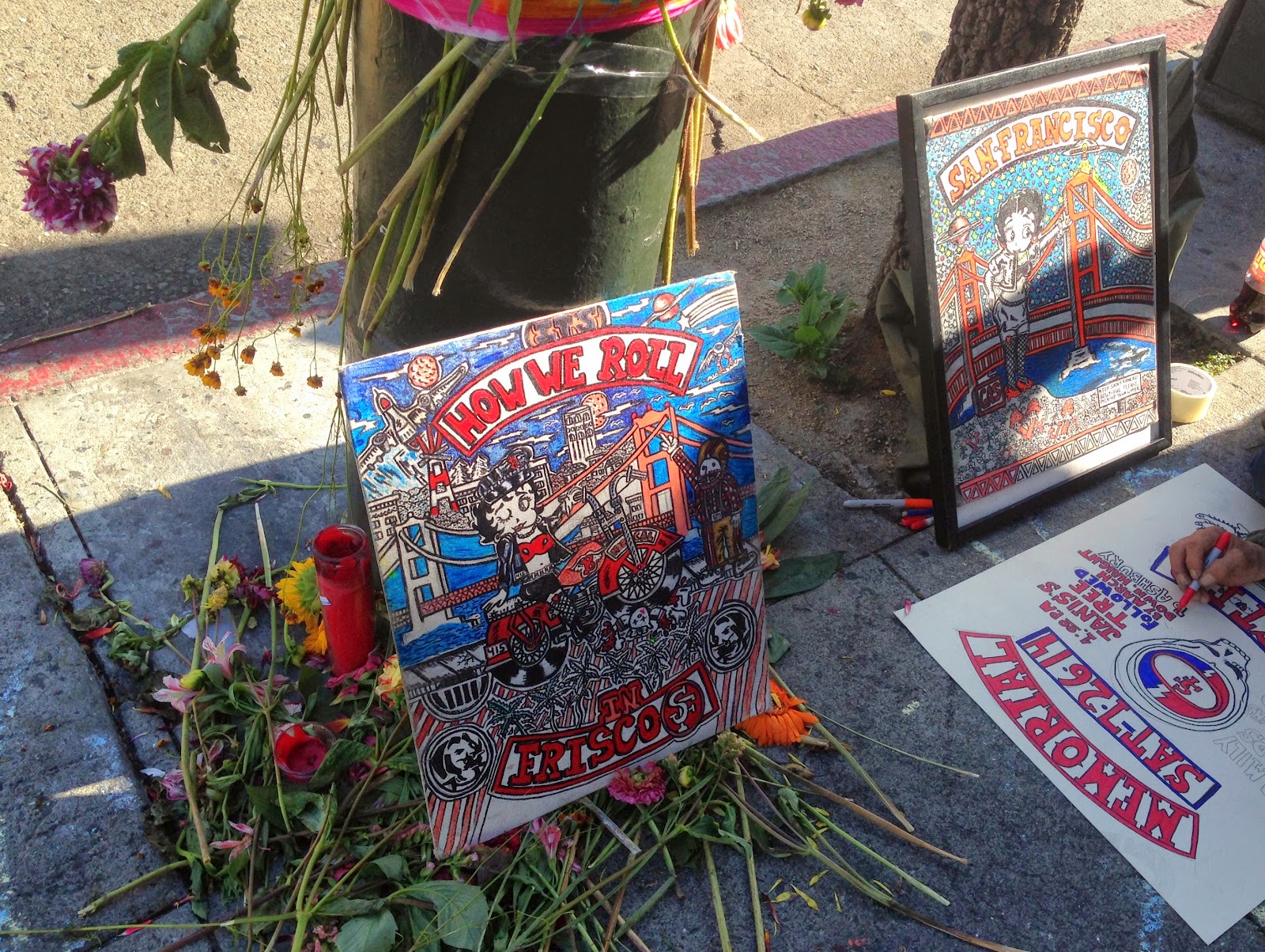 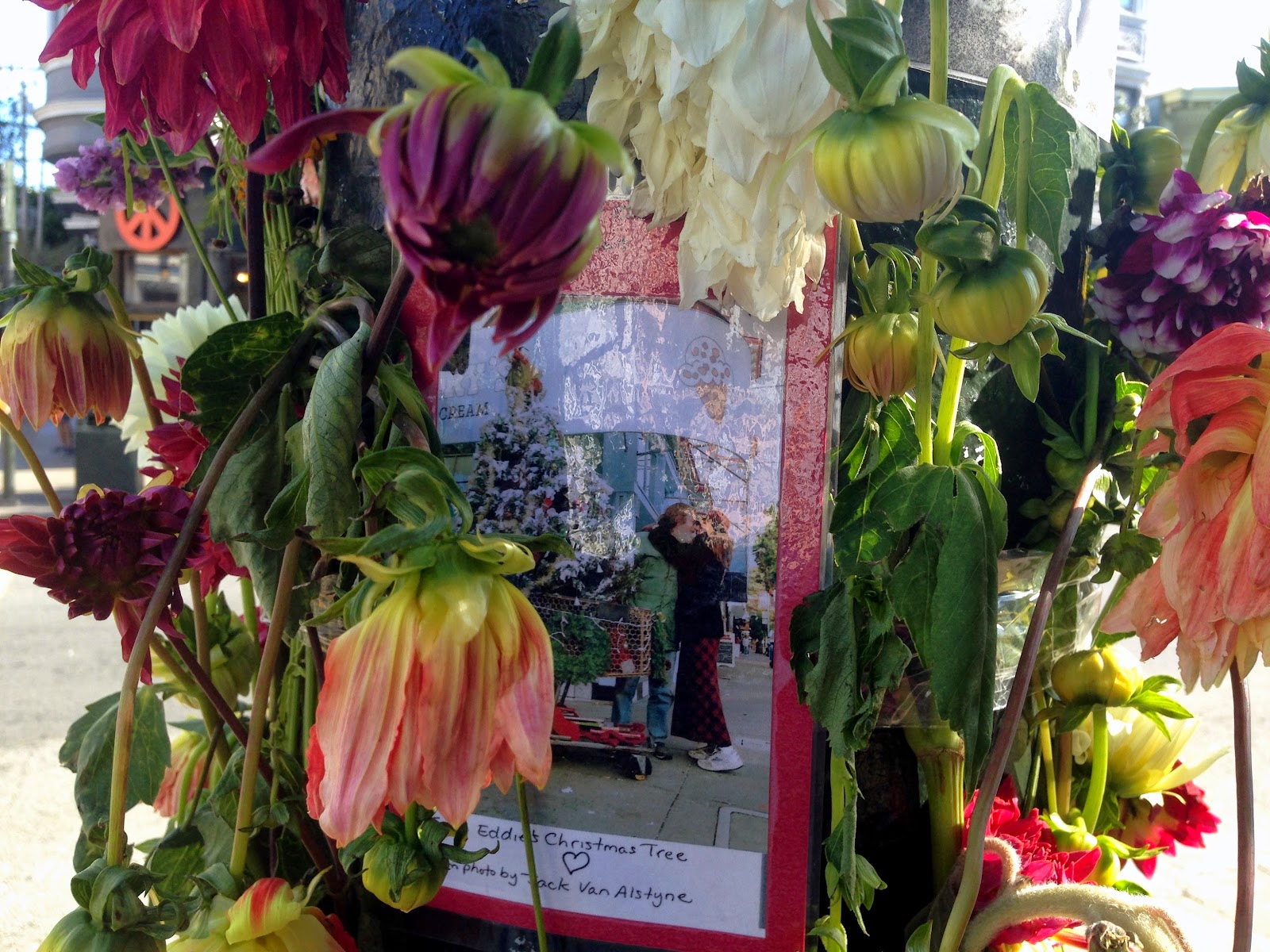 Eddie, you'll be remembered fondly. Readers, if you know more than we do about Fast Eddie, tell us in the comments.
San FranciscoUpper Haight
Jan 19, 2021