Photos: Sim Blakeney / Hoodline
By Sim Blakeney - Published on August 22, 2014.
San FranciscoHayes Valley
When it was confirmed back in June that 580 Hayes was scheduled for demolition, the Hayes Valley Art Coalition (HVAC) was not about to sit back and let the space spend its last days languishing.
Instead, the group negotiated with the owners of 580 Hayes and, working with neighborhood artists, put together a striking, colorful art show, which opened on July 19.
That show, which closed on Sunday August 17, was incredibly successful. Madeleine Behrens-Brigham of the HVAC told us that artwork sales were off the charts, with both established artists and first-time exhibitors selling many of their pieces. That's great news for both the artists and the HVAC, which is using 10% of the sales to finance the next sculpture in Patricia's Green.
Even more remarkable was the neighborhood’s response – not just in terms of visitors to the show, but in new artists who came forward wanting to join the exhibition.
The result: a one month extension of use of the building, and a second show: "Hayes Valley Artists: Act 1, Scene 2."
This second show officially opens tonight with a party from 5pm to 9pm. And, this time, it’s an even bigger celebration of Hayes Valley artists, with at least 27 new artists joining the 27 original artists from the first show. 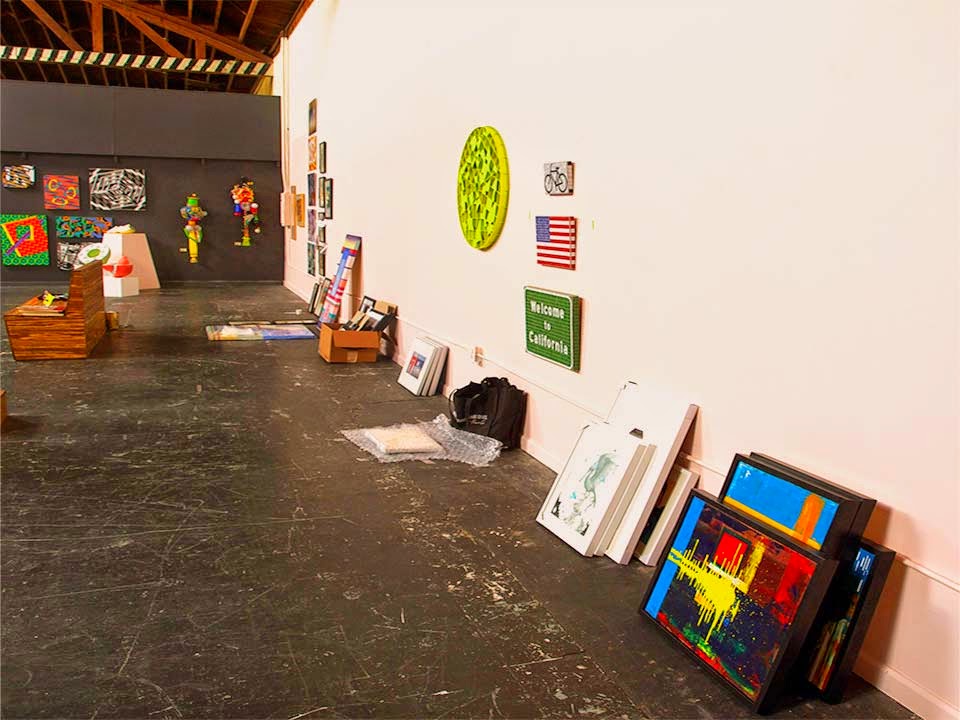 If the last opening night is any guide, tonight's event promises to be a good kick-off party. One piece of advice: if you're planning to drop in the later hours, bring a flashlight; there are no overhead lights in the space, so as it gets dark, you'll need to light your own path to the art.
In addition to the works on display, all of the artists are in the process of each painting a flag. All the completed flags will then be displayed on the side of the Laguna wall at Linden, which still boasts the World Cup soccer flags installed earlier this summer. 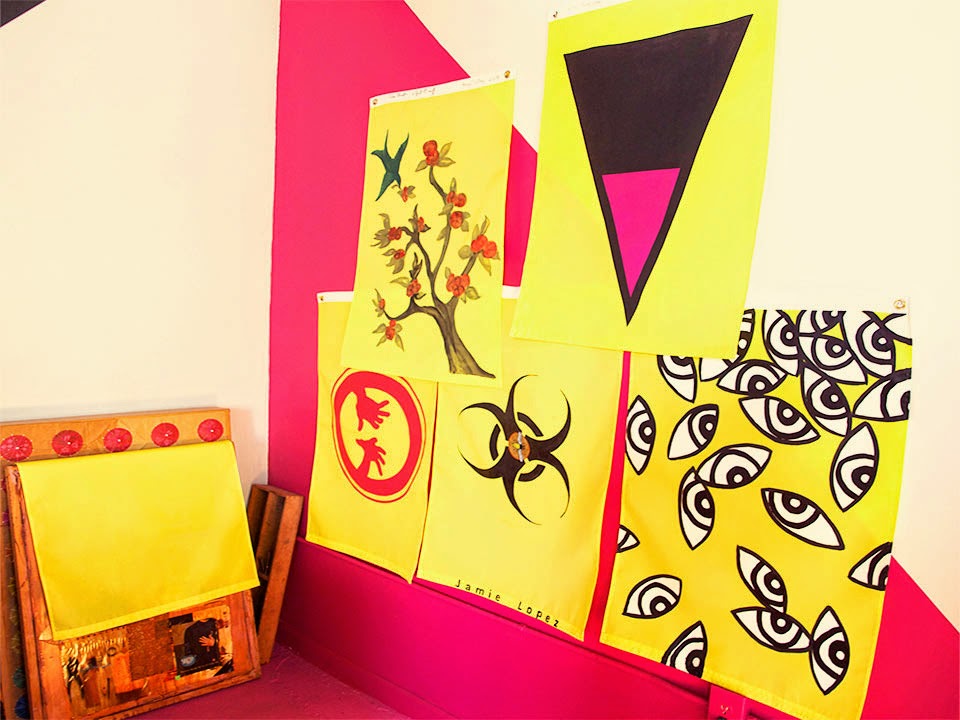 This second (and last) show will be up until September 28, with extended hours of 10am to 6pm, Tuesday to Sunday. As Madeline says: “A truly final farewell to a building that has housed other community art shows in the past.”
Once again, the HVAC will retain 10% of all sales to finance the next sculpture in Patricia's Green, which, as we revealed, will be a piece called Fractured Landscape by Mark Baugh-Sasaki. We can also now confirm that installation of the new sculpture will commence at midday on September 2. The aim is to have it all in place by September 11, when there will be a small opening ceremony. We'll have an update on that as the date approaches.
San FranciscoHayes Valley
About 3 hours ago