Indian Restaurant To Return To 1668 Haight

Photo: Camden Avery/Hoodline
By Camden Avery - Published on August 16, 2014.
San FranciscoUpper Haight
You've been wondering, you've been waiting, and today, 1668 Haight is ready to open its doors anew (and rather suddenly).  Though Tikka Masala closed for good (we thought) back in April, it looks like the space will reopen as another Indian restaurant incarnation.
Tikka Masala had been in and out of business over the last three and a half years following a fire that forced them to close up shop for over a year. The last closure followed a six-month stint on the market, during which time the owner tried to sell the business and retain ownership of the space.
After spending four months on the market (the business was listed at $99K, including equipment) and locked behind bars, Tikka Masala opened its doors unannounced yesterday afternoon for a cleaning crew to start clearing out and painting. In a few short hours, the restaurant is expected to be up and running.
We spoke with the restaurant's former owner outside Tikka Masala yesterday afternoon. When we asked what the plan was, he said the restaurant was going to be "the same thing," meaning Indian food, but that the ownership had changed. It's unclear whether the name will remain.
When they open their doors today, we'll get a glimpse of menu offerings and what the revamp looks like. We're hoping, along with everyone else, that what they have to offer will be a delicious tonic for the former restaurant's scary reputation.
UPDATE:
A sign hung in the window this morning announces the new business is called Sarvi. 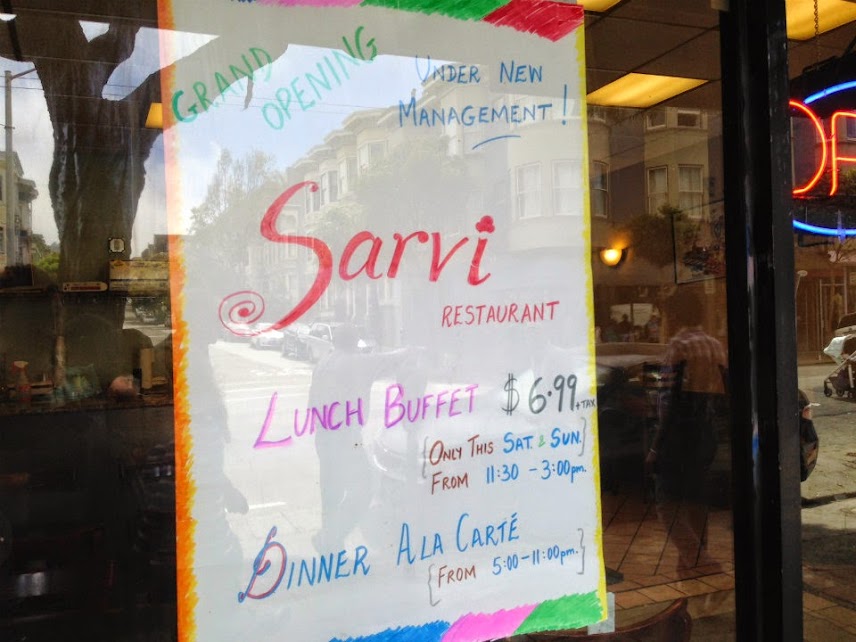