The President Of The Philippines Visits The Haight

Photos: Camden Avery/Hoodline
By Camden Avery - Published on September 24, 2014.
San FranciscoUpper Haight
Did you happen to notice the diplomatic entourage that landed at the west end of Haight Street this afternoon? If so, you're not alone.
The visit made a little splash on social media, as passersby tried to figure out what the imposing motorcade outside McDonald's was all about:

Turns out, the kerfuffle is all due to a visit from the president of the Philippines. Yes, you heard that right.
President Benigno Simeon Aquino III came to San Francisco today on part of a US tour that brought him to the UN climate change summit in New York yesterday and a whirlwind couple days in Boston before that. He is reportedly in town today to attend some business meetings, and naturally, he stopped over to do some shopping on Haight Street.
After a lunch at the Haight and Stanyan McDonald's, which was overseen by several-dozen SFPD escort units and a diplomatic caravan of SUVs and vans, President Aquino went record shopping at Amoeba Music. Though we're not sure just what he enjoyed for lunch, when Hoodline stopped into Amoeba he was seen browsing jazz CDs.
Aquino will be returning to the Philippines after meetings this afternoon. Here's hoping he enjoyed a little slice of Haight Street life on his way back home.
Update, 3pm: Local resident Jerry Gainor caught some more photos of the visit, which show an intimidating array of SFPD motorcycles as well as a smiley President Aquino greeting his admirers. 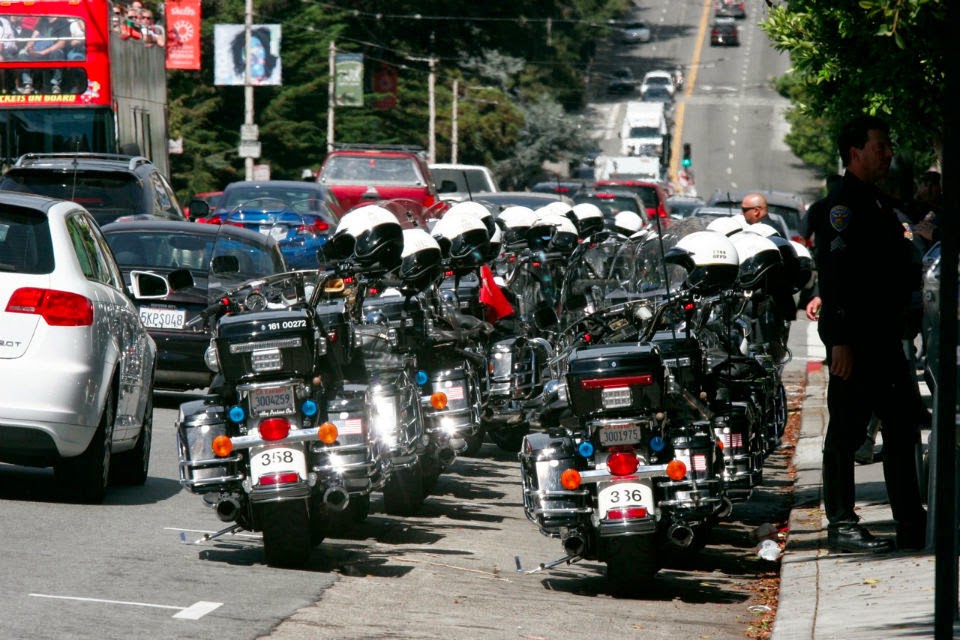 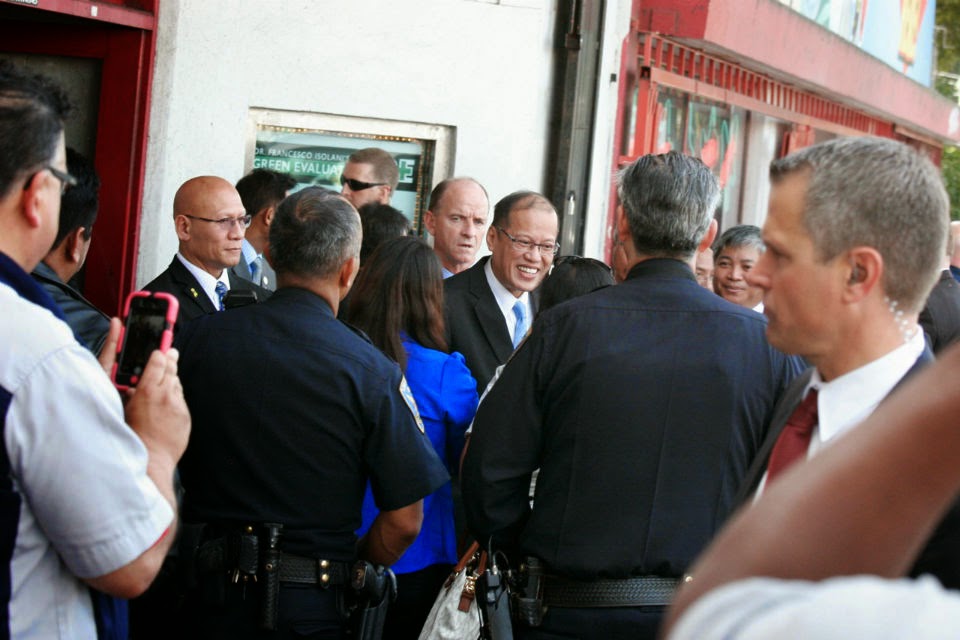