All About The Charles L. Hinkel House, A Victorian Architect's Home

Photo: Nuala Sawyer / Hoodline
By Nuala Sawyer - Published on October 27, 2014.
San FranciscoDivisadero
In a city with so much incredible history, it's always a pleasure to dig into the old car houses, fire stations and intricately detailed houses around the neighborhood. The latest building to catch our attention is one you may well have noticed: the handsome Charles L. Hinkel house located at 280 Divisadero between Haight and Page.  Built in 1885, the massive house was one of the earliest buildings on Divisadero.
Charles was born into a 19th century architect family. His father (also named Charles Hinkel) was a German immigrant who moved from Illinois to San Francisco in 1850. Four of Charles's brothers—George, John, Henry and William—were also prominent "owner builders" of the time. Buying up plots of land, the brothers would build beautiful high-quality homes and then sell them to middle- and upper-class buyers. During the decades that they were alive, the Hinkel brothers collectively built hundreds of houses in San Francisco.
With that in mind, it's no wonder that Charles Hinkel's permanent home was so elaborate. Four stories tall, the building towers over Divisadero on a double lot that's large by San Francisco standards. With a standard lot being 25 x 100', the Hinkel house's 50 x 137.5' lot enabled Charles Hinkel to fully explore his vision of a home.
The design of the house was modeled after Second Empire architecture, an elaborate mix-and-match style that was heavily influenced by ornate French buildings designed in the Napoleon era. The size not only allowed for a larger-than-normal Victorian, but also a separate carriage house in the back.
The years between the Hinkel family's presence and the purchase of the building in the 1970s were sadly not kind to its vibrant decoration. A 4-inch slab of cement was poured over the hardwood floors, the wallpaper was covered in whitewash, and the carriage house fell into serious disrepair. However, the wooden bones of the structure were solid, and little details such as old windows and brass speaking tubes (an old intercom system) that linked the carriage house, kitchen and laundry were still functioning. Thanks to a new owner with an appreciation for history,  a massive renovation in the 1980s restored the interior of the Hinkel house to its former glory.
Recent owners of the Charles L. Hinkel house have included Chateau Tivoli proprietors Rodney Karr and William Gersbach, who restored the exterior and gave the colors an upgrade. Referencing classic Victorian exterior decoration resources, the pair refinished it using "empire colors"—aubergine, turquoise, mustard, black pepper, navy, teal, clay and green.
As for the carriage house, the second floor was occupied from the 1960s to early 1980s, but was sadly not very well maintained. In 2007, a complete structural rebuild was proposed for the derelict carriage house. As both the main house and the carriage house are San Francisco historical landmarks, the effective demolition of the space to include a new foundation, plumbing, and dry-rotted exterior required jumping through a number of permitting hoops. 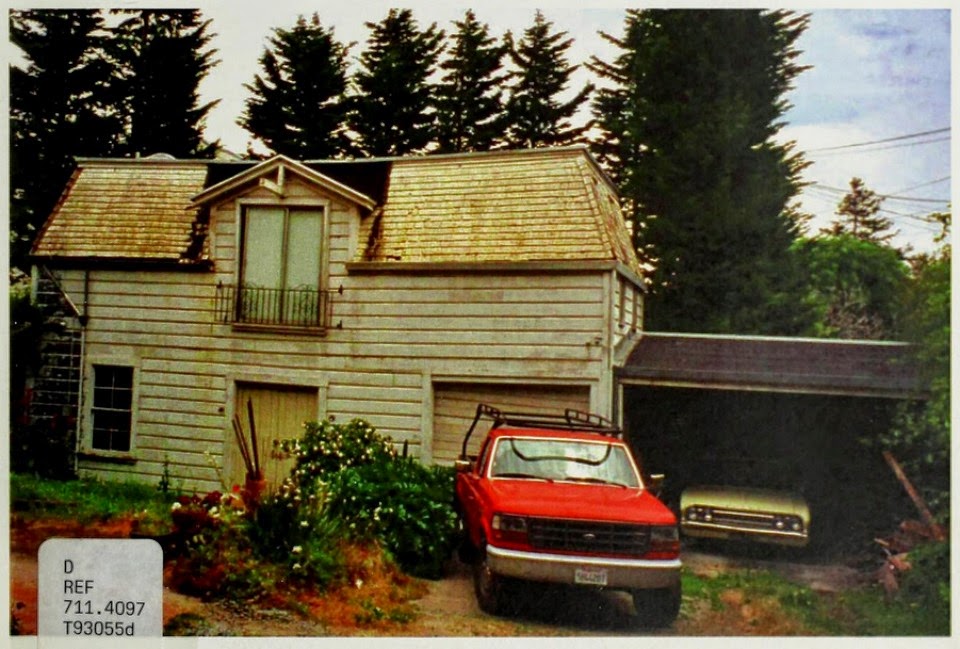 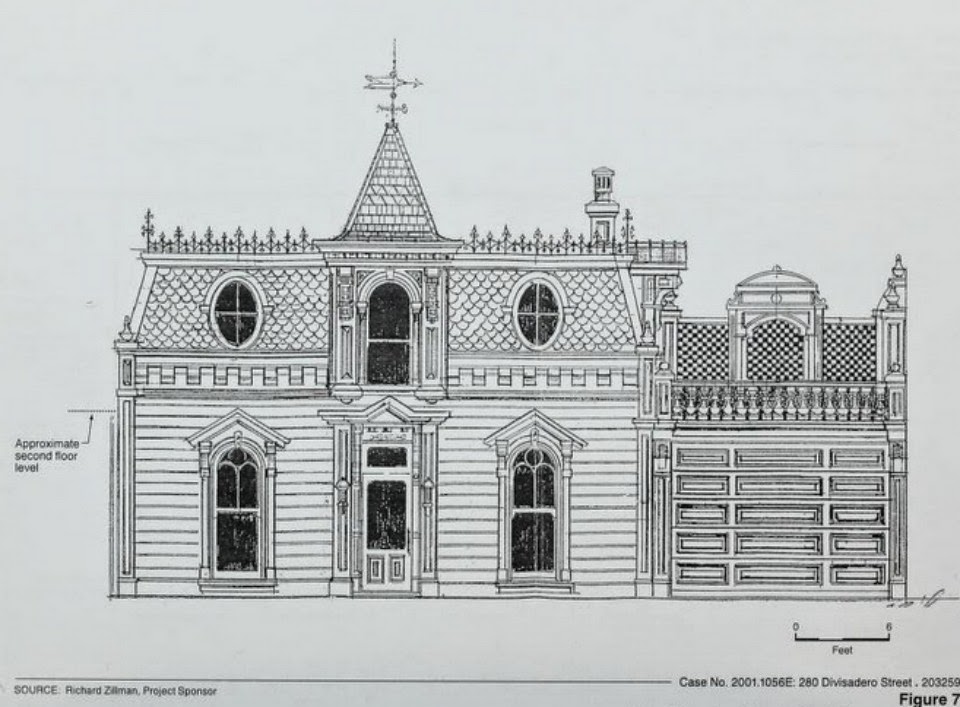 However, it appears the proposals for this carriage house may never have come to fruition.  In 2012, a complaint was lodged by a neighbor to the San Francisco Planning Department, describing the collapse of a "barn" in the backyard. The issue was "closed" in early 2013 with no further details.
Today, the house remains a private residence, with curtains drawn and a large garage and fence hiding the backyard. But while it may appear to be just another Victorian in a neighborhood full of lovely old structures, this one's history makes it just a bit more unique, so don't forget to take an extra look next time you're passing by.
San FranciscoDivisadero
About 20 hours ago