Photos: Amy Stephenson/Hoodline
By Amy Stephenson - Published on December 04, 2014.
San FranciscoUpper Haight
The Haight has a lot of options for liquor, but only one of those options has been in continuous operation since 1930. Liquid Experience, as it's currently called, is owned by Firras Zawaideh, who took over the business from his father.  We stopped in to chat with him about the store's history and its holiday offerings this year. 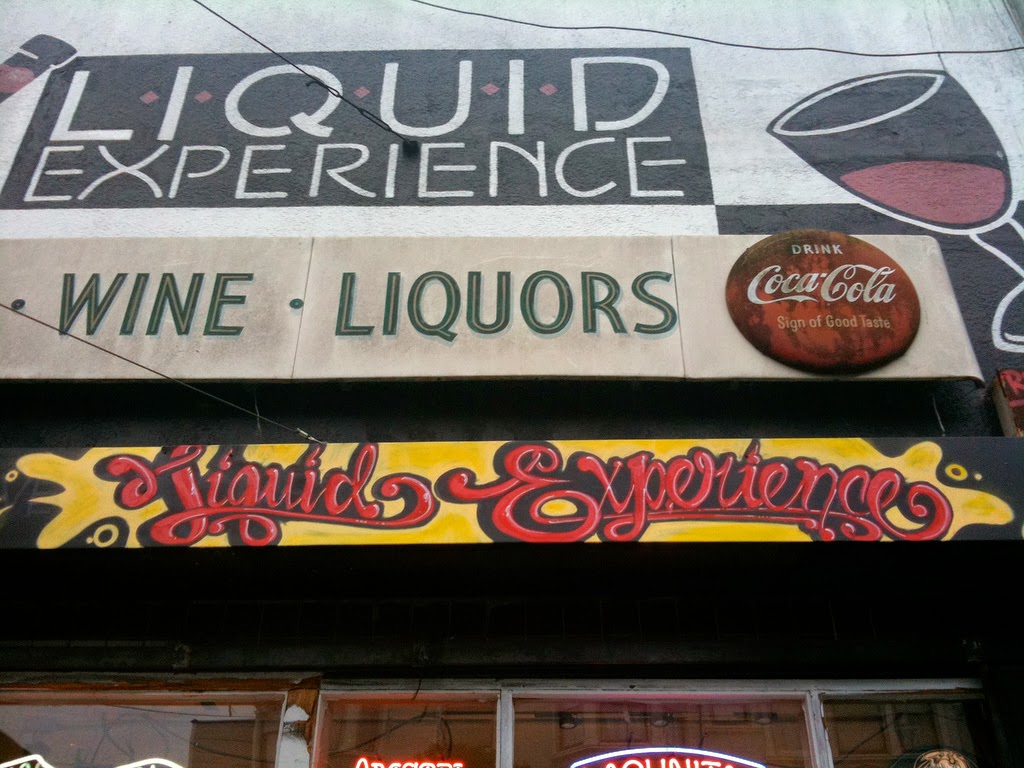 Liquid Experience in 2009 (Picotrain/Flickr)
Zawaideh's family has been in the Haight since 1973, and they used to run a shop called Haight Victoria Spirits, where Doc Marten's is currently located. In 1989, Zawaideh's father took over Liquid Experience, and the name stuck.
"A gay couple (Gary Upton and his partner) sold it to my father and made him promise to keep the name. Gary was good friends with Jimi Hendrix and, as I've been told, Hendrix used to call his Visine bottle 'the liquid experience.' We can only assume what he had in there," Zawaideh told us.
The younger Zawaideh runs the show these days, and he's a whiz at boozy recommendations. With Christmas in three short weeks, we wanted to know what Liquid Experience might have up its sleeves this holiday season that goes beyond the typical eggnog and peppermint schnapps fare, so we asked him how he entertains.
"I think the problem is that during the holidays, everyone wants to be fancy. I always say to keep it simple." How to keep it simple? High-quality liqueurs, aperitifs, and understated cocktails that you don't find at every party. Here are his favorites:
Aperitifs 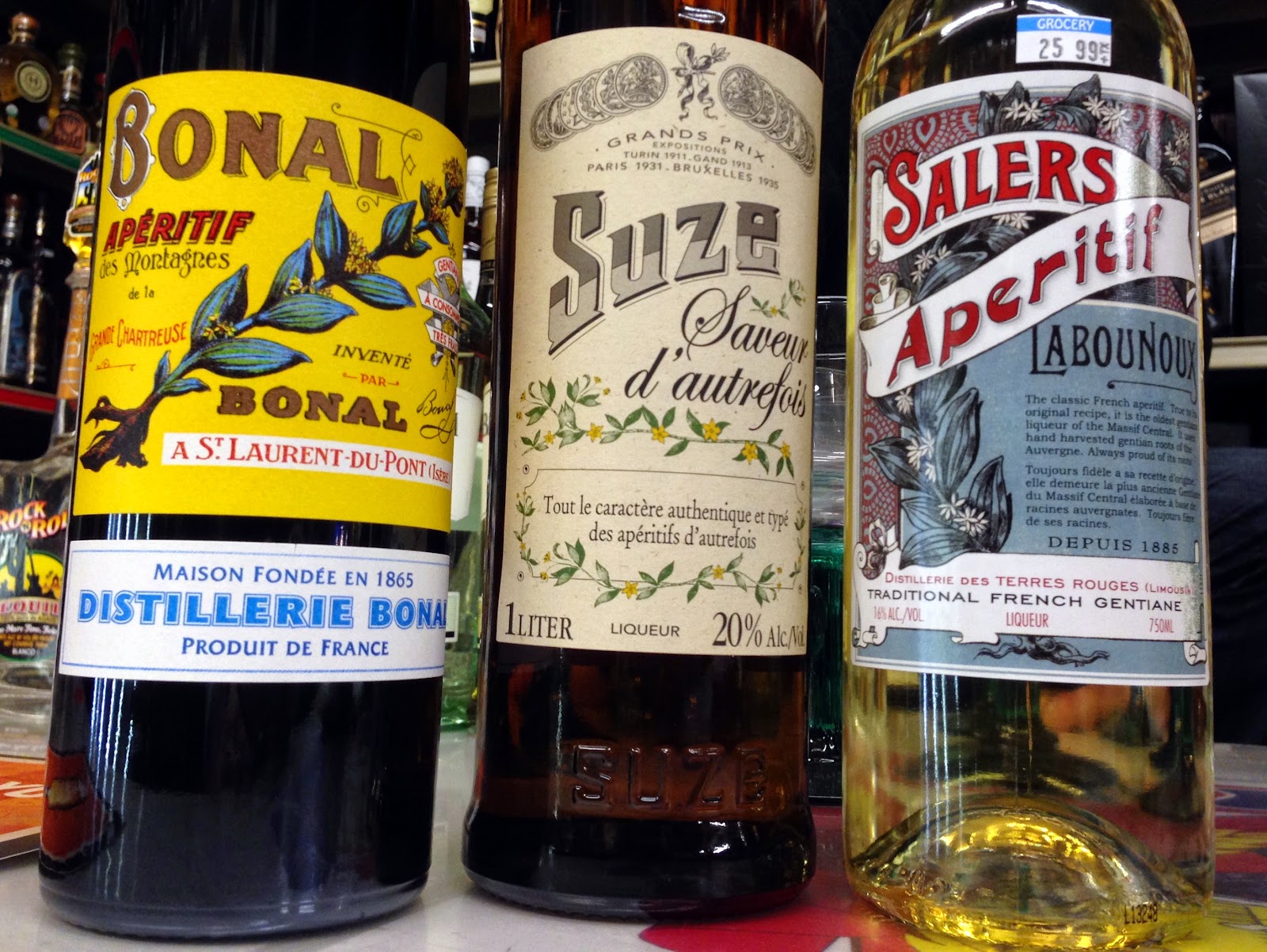 Bonal: Gentian root, herbs, and quinine. Sweet, but not too sweet. Tastes like red fruit and licorice.
Suze: On the harder-to-find side. Vanilla and citrus, great by itself, or with soda. The packaging alone will impress your guests.
Salers: Sweet, but more on the bitter side than the others. Almost vegetal. Great in a Negroni (one of Zawaideh's favorite cocktails), or by itself, over ice.
All three are currently available in the $25-35 per bottle range.
Liqueurs 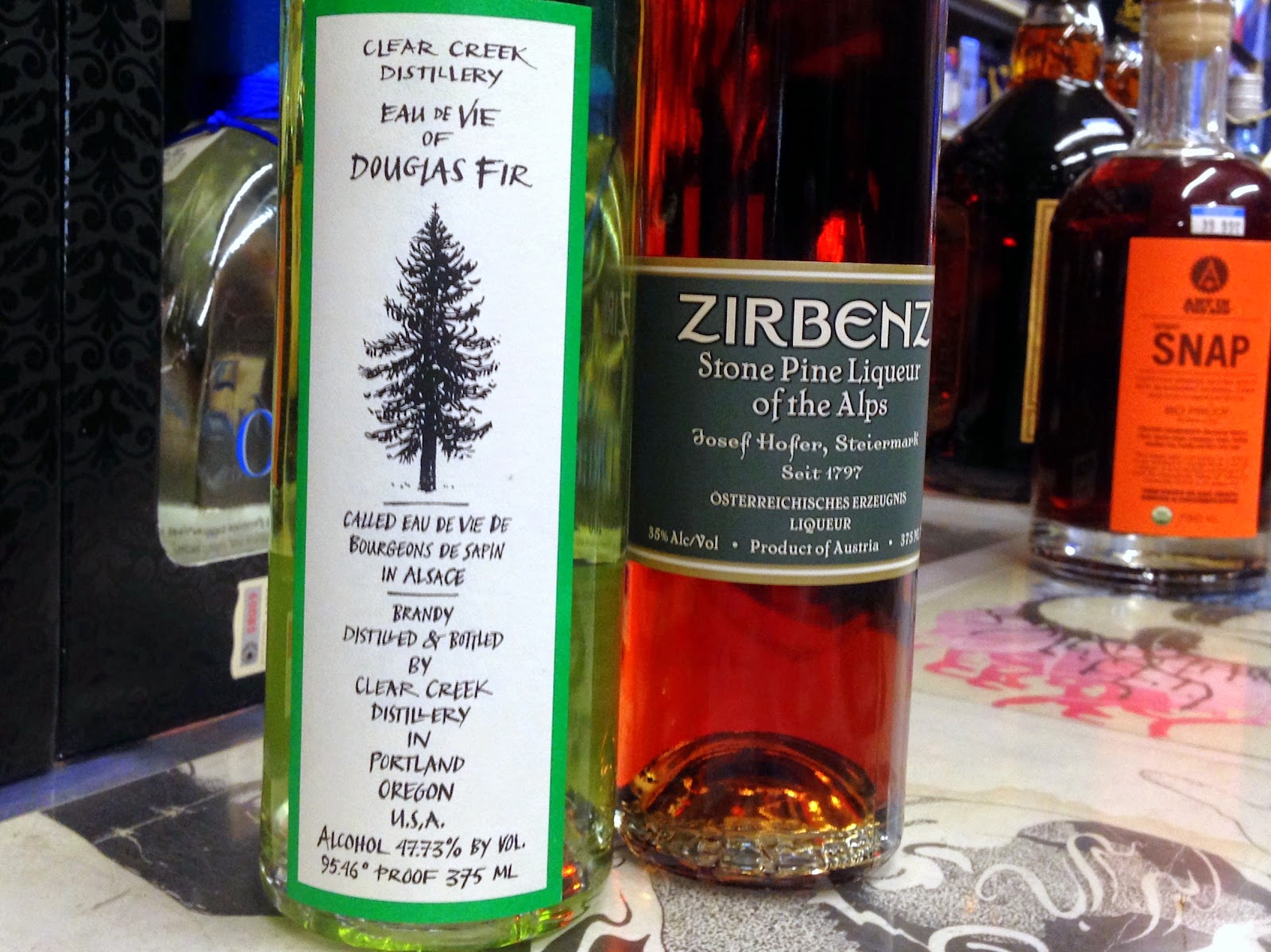 Zirbenz: Traditional to the Alps (the website describes it as an "apres-ski"), Zirbenz is infused with fresh pine cones. Mildly sweet, and great served warm.
Clear Creek Distillery Eau de Vie of Douglas Fir: Technically a brandy, but it belongs next to the Zirbenz. One of the more interesting offerings currently at Liquid Experience, it's made with an infusion of actual Douglas Fir needles. It's the most delightful green color ("Clear spirits aren't festive," says Zawaideh), with a charming view from the back of the bottle (see header photo). 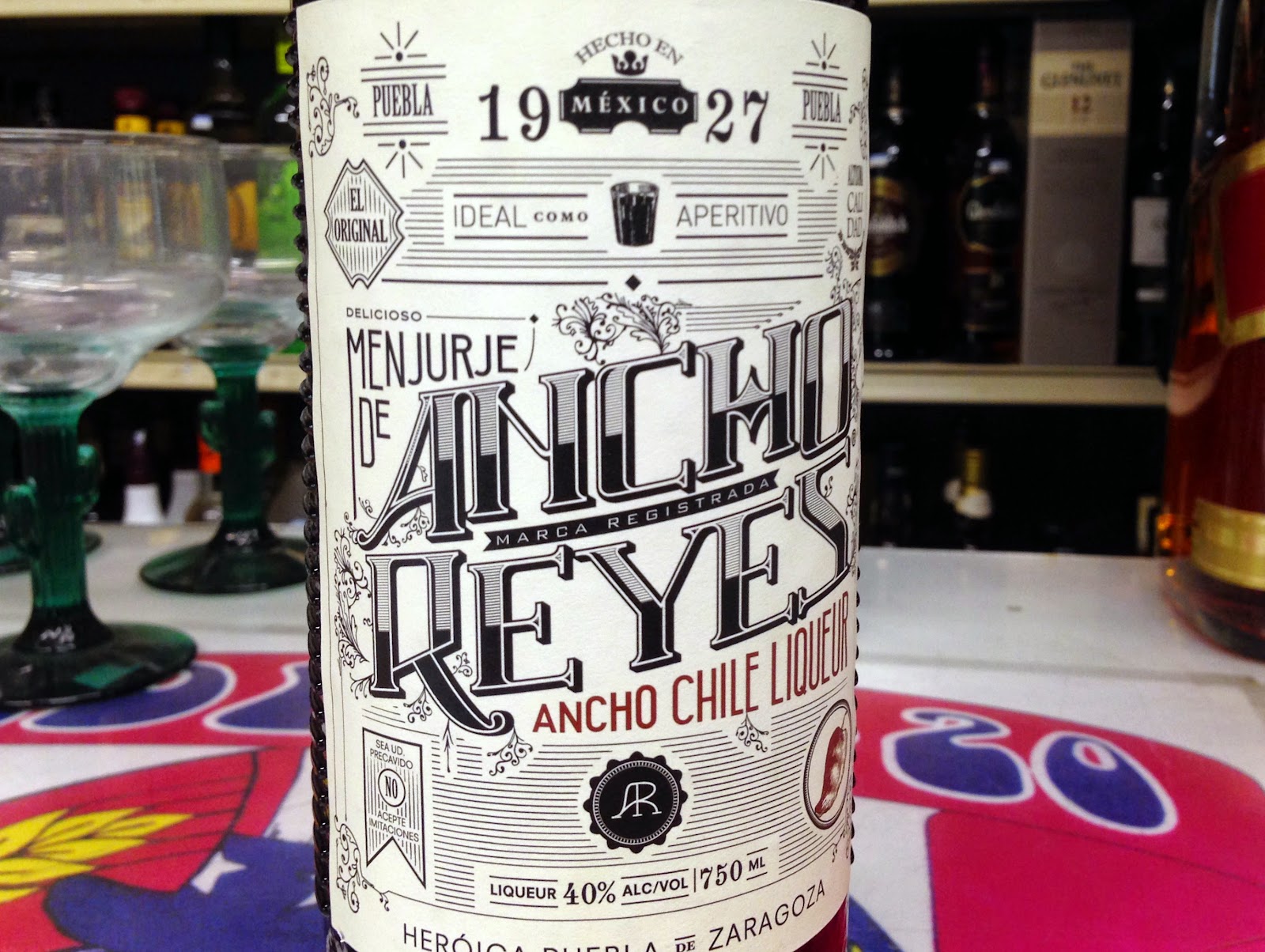 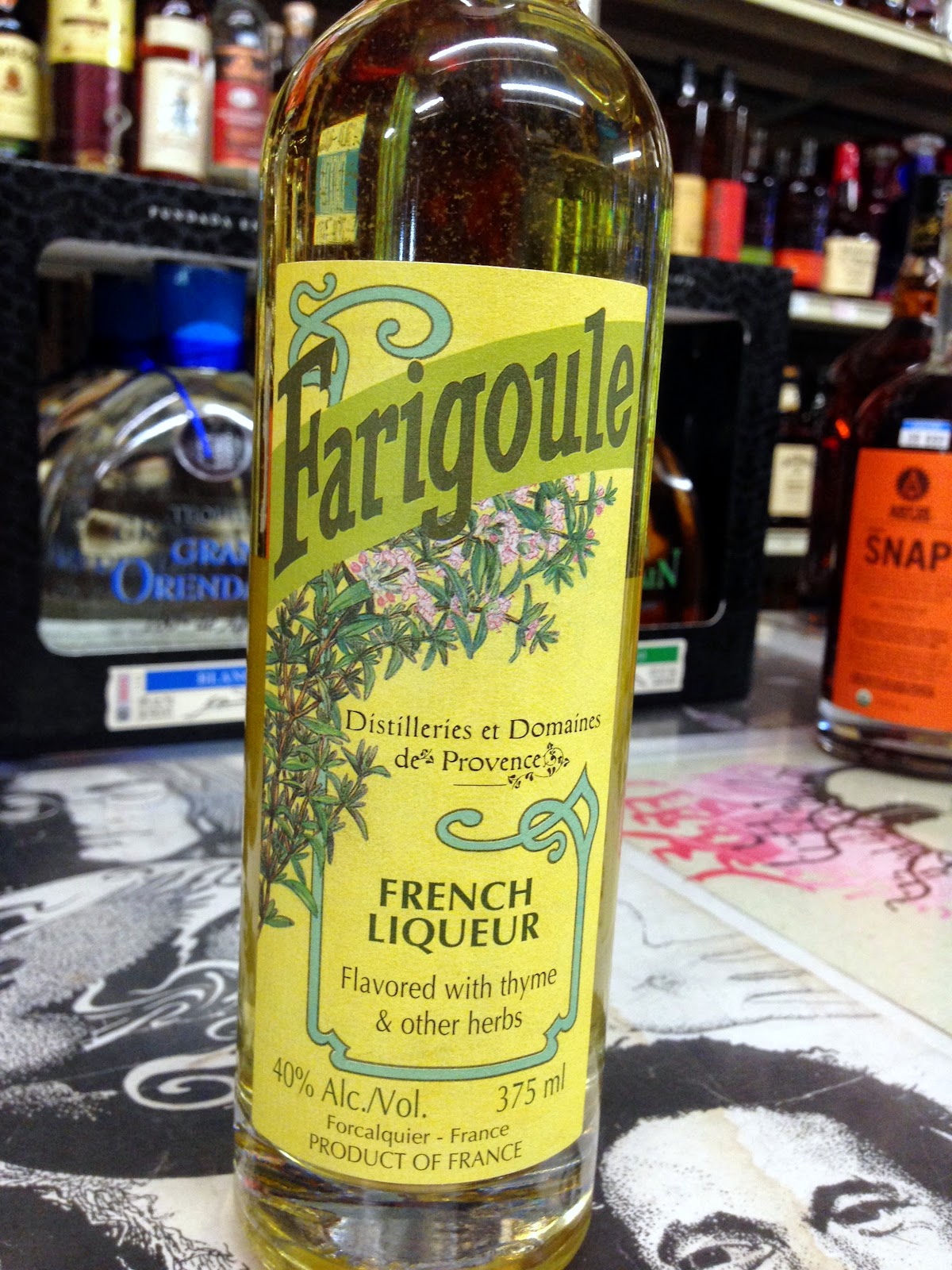 Ancho Reyes Chile Liqueur: Sweet, with a spicy kick later on. Get the hot chocolate ready, or pour it on ice cream.
Kronan Swedish Punsch: Another swedish libation, Kronan is leathery, smokey, and tastes great on ice, or added to chai. "I add lots of things to chai. It's more interesting than coffee. Bitters, eggnog liqueur, Kronan, it all works with chai," said Zawaideh.
Farigoule: Another surprising twist: a liqueur infused with thyme. Great as a digestif and in gin cocktails.
If all else fails, Zawaideh recommends the old standard: champagne. "I like to take sugar cubes and soak them in good bitters, and then add them to champagne. You can use any liqueur to soak them, really." He mentioned cardamom bitters that sounded particularly appealing.
Of course, the store will also be getting in the standard holiday fare: all things peppermint and eggnog, Baileys, etc. The newly-reformulated Anchor Brewing Christmas Spirit will be making an appearance this year again. They usually only get in a few bottles, so call if you're interested.
"Holiday beers are interesting. Ridgeway Brewing out of the UK released Santa's Butt winter porter, Reindeer Droppings amber ale, and Criminally Bad Elf barleywine," said Zawaideh.
As Zawaideh chatted with us, a customer snatched up the last bottle of the Douglas Fir liqueur as he was describing it. However, you're in luck, because they do special orders. You can call them at (415) 255-6718, or stop in any day between 10am and 2am to stock your holiday liquor cabinet..
San FranciscoUpper Haight
Sep 26, 2022