Another one of Hayes Valley’s sexiest vacant storefronts is officially off the market, this time for good.

As we noted back in October, Berkeley-based roastery Artís Coffee is on its way to the neighborhood, and earlier this month, Artís broke ground at 537 Octavia St., formerly home to Reliquary and last year's temporary Move Loot pop-up.

The 700-square-foot space is getting a complete facelift, according to co-founder and CMO Elvis Lieban. There will be about 10 seats with "room to hang out and have a coffee date," he said, including some communal seating and a smaller two-top. The design will favor clean lines, wood and white accents (see a rendering of the space, pictured above.)

The centerpiece will be the live roast component in the rear half of the space, and the roast bar where staff "can educate and discuss coffee with customers," added Lieban. And the "crown jewel of the store," said Lieban, is the custom espresso machine from French manufacturer UNIC that will arrive in a few weeks.

There are a few changes to the rendering since construction began in early February, noted Lieban, "so there will be a little surprise left for the grand opening." That includes an art piece planned for the middle of the space, which became "too intense" and will be scaled down to fit into the minimal design aesthetic. 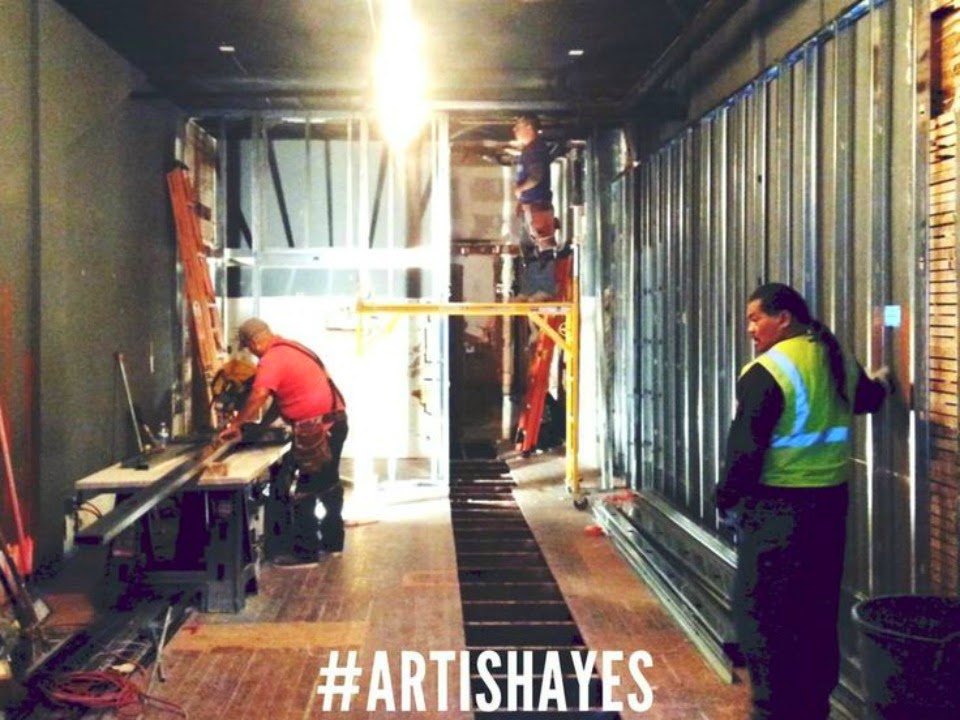 We asked Lieban what would make Artís stand out in the neighborhood, with a location just across the street from Café la Vie, on the same block as La Boulange and within eyesight of Ritual. Lieban answered with just one word: “freshness.”

Artís Coffee uses the small batch method for roasting, with just one to three pound batches at a time. “Artis is the first roaster in the United States to roast coffee one pound at a time,” Lieban said. “We have a coffee bar like you’d expect, but it’s not our focus. We are an experience.”

For those unfamiliar with Artís, the coffeehouse that first opened in 2013 has been characterized as the coffee “startup” disrupting the chain roaster. The new location will offer four varieties of coffee, rotating seasonally with a trained staff that will help determine your "new favorite coffee by pairing a specific coffee origin and roast profile with your preference," said Lieban.

Lieban suggests you try the Flat White, a signature drink that is a speciality in many coffee shops. “We think it has the ideal balance of milk, foam, and espresso taste,” said Lieban. For non-espresso fans out there, Lieban recommends the Ethiopian Aricha: “it has a spectacular blueberry/blackberry note to it that you can’t miss.”

Hayes Valley was a natural fit for Artís, according to Lieban. Artís' flagship location in Berkeley (a whopping 1,700 square feet) is also surrounded by familiar storefronts and restaurants. Plus, co-founder James Gutierrez (one of three co-founders who all met at Babson College) lives in the neighborhood. It's not the only Artís outpost planned for the city, as Lieban and co. are still working on city permitting for a Castro outpost as well.

Artís is targeting a spring opening for its new Hayes Valley location, so stay tuned for updates in the coming weeks.