As we reported last month, San Francisco-based private shuttle startup Chariot recently debuted a line with stops in Cole Valley and the Upper Haight, based on information they'd crowdsourced about potential new routes. This week, Chariot cut services to the area to focus on other parts of the city.

The line formerly known as the Cole Valley Cruiser is now called California Dreamin'. It will continue to serve Haight Street, with stops at Haight & Clayton and Haight & Masonic streets, but the three stops in Cole Valley have been discontinued. Heading downtown, the line turns north at Masonic and then heads East on California Street, eventually hitting Market at Bush and crossing Market to end at the 4th Street Caltrain stop near Mission Bay. 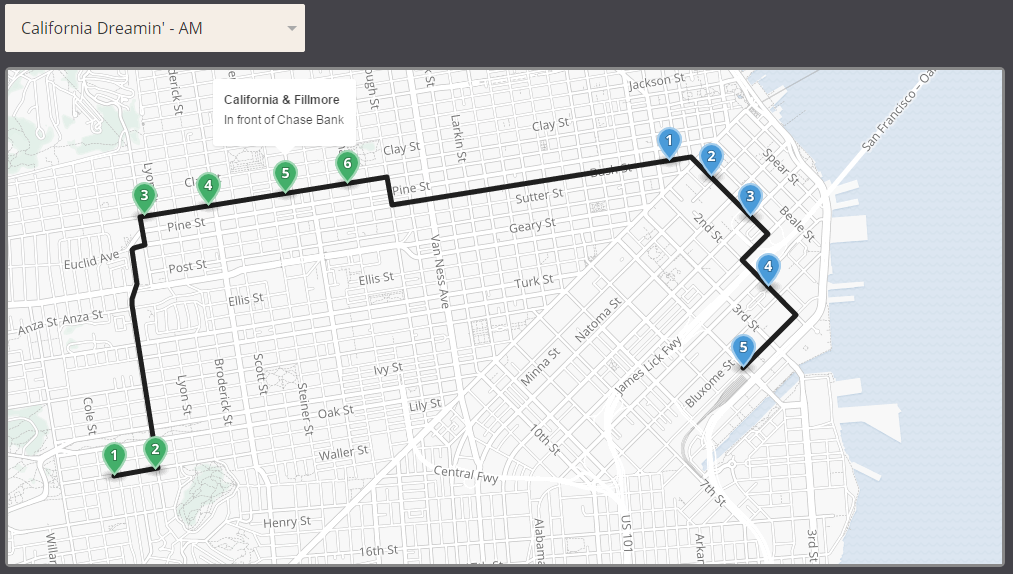 We got in touch with founder Ali Vahabzadeh to find out what prompted the change. Basically, it all came down to speed. "We found that despite the overcrowding, intermittent delays under the tunnels and gaps in service, if all went well on the N-Judah, it was marginally faster to downtown than Chariot," Vahabzadeh told Hoodline.

Chariot remains flexible about potentially returning to Cole Valley in the future. Says Vahabzadeh, "We're always looking to help improve people's commute in SF, so where there is an opportunity to do so, we won't hesitate to put wheels on the street."

Of course, the question of crowding and service interruptions on the N-Judah remains, but it looks like potential solutions, at least for Cole Valley commuters, are back squarely in the hands of the city's public transportation system.