We've covered the issue of homelessness in the Haight through stories of outreach projects, like Taking It To The Streets and mobile shower service Lava Mae, and talking with the so-called "Haight Street kids" ourselves. Today, we've got a more personal take on one formerly homeless woman's story.

It’s the end of another workday, and Katie is exhausted. After crawling back up I-280 from her desk job on the Peninsula, she’s home and back on her computer for more administrative tasks. That is, until her husband complains that he’s not getting any of her attention. But this is life when you’re balancing a high-stakes job with one where your heart lies: a volunteer gig at Larkin Street Youth Services, the Tenderloin nonprofit serving homeless teens and young adults.

A perfect world, Katie says, is one where she works directly with youth at Larkin Street. But, “I’m doing what I can while getting my life in order.”

Order has been Katie’s credo since a decisive moment in 2004: a wake-up call, of sorts. She was 24 and back in jail—this time in Alameda County’s terrifying Santa Rita— and back on drugs, and she had just spent nine tortuous years living in empty buildings, at strangers’ homes and, for the most part, outdoors. She was a homeless teenager in Haight Ashbury and Golden Gate Park. 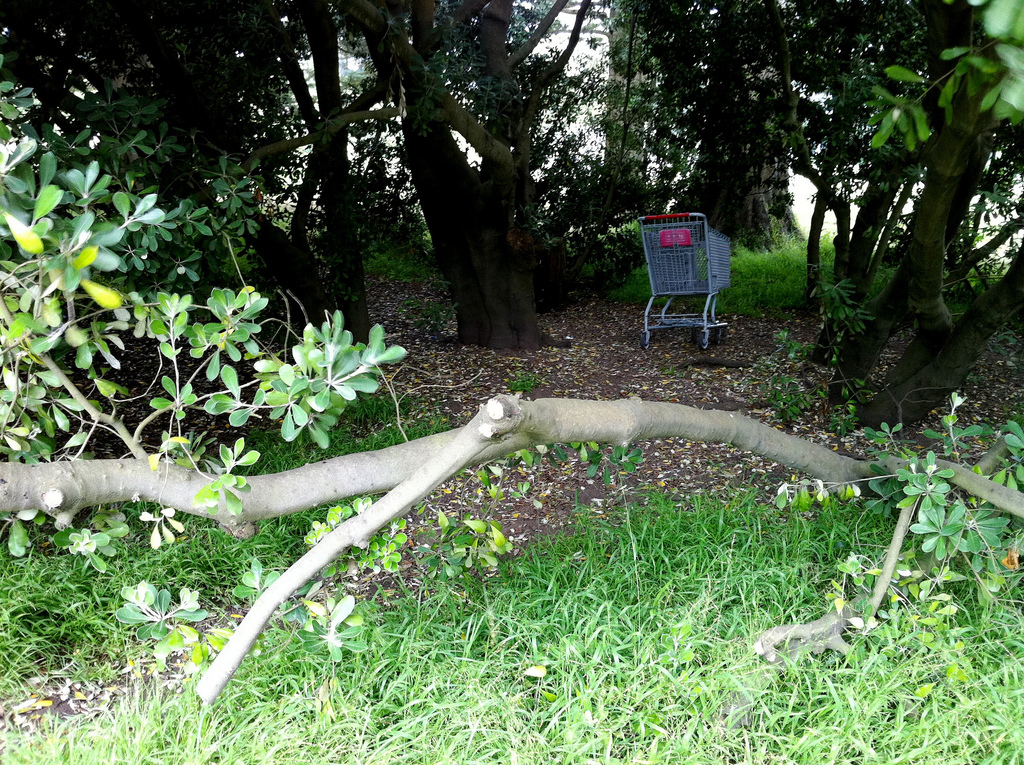 After Katie’s sentence ended, she quit drugs and moved in with her boyfriend’s cousin—the only person who, up until that point, seemed to care about her future. She gave Katie clothes and food, made her resume, scored her a job interview and told her to “just go in there and lie.”

Suddenly Katie had her first “real” job and a home where people wanted her around.

Katie reconnected with her estranged brother, who would later put her through undergraduate and master’s programs. She married, got her criminal record expunged and returned to her life in the Bay Area, this time under very different circumstances.

Katie doesn’t know what happened to anyone she knew from the street. But she suspects that her turnaround is not typical among homeless youth. No one spoke about a better future, she said. For most, homelessness was a viable alternative to a violent, neglectful or otherwise dysfunctional homes.

“There were kids from all over—hopping freight trains from Portland and Seattle—some as young as 13.” A few were children of homeless parents and grew up on the street. “We called them the ‘dead end street kids’. They were really jacked.”

Living on the street seemed the only avenue for Katie after she was kicked out of two chaotic homes. Her upbringing in East Oakland was split between her mentally ill mother and detached father. By the time Katie was 15, her mother was having psychotic episodes, and her father had moved to Utah with his wife (Katie’s stepmother) who—as the stereotype goes—did not warm to Katie as much has her own children. 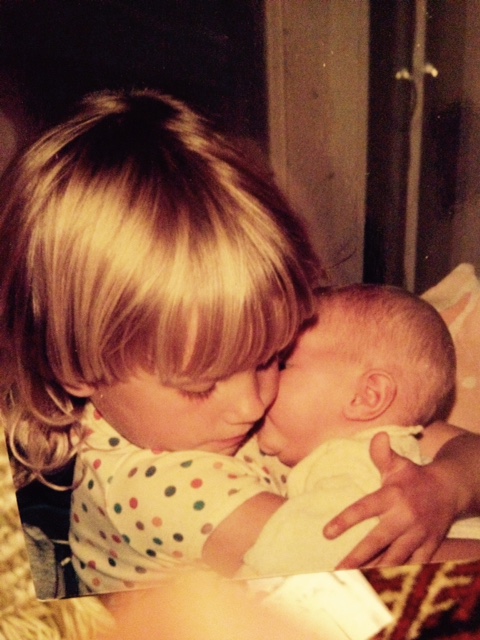 So she left, but the decision was hardly a choice. Nor was it character-building or an experience that helps one grow. "It was ugly," she said.

Katie lived on the street for four years. During that time she “spare-changed” passersby, sold bunk acid to tourists and contracted Hepatitis C from shared needles (note: Katie is now disease-free). When someone suffered a fatal overdosed in her squat one night, she watched other squatters stuff the body in a trash can and roll it down the street. She slept in tunnels and tree houses, on cardboard, pavement and grass. She once waited out an unseasonable 29-day storm nestled underneath the stoop of a house on Cole Street, numbing herself with booze, heroin and sleeping pills.

All told, Katie’s encounters with people left the deepest emotional scars. Once, a woman screamed at her while she was asking for spare change. She interpreted it as a knee-jerk reaction to the general fear and suspicion of someone on the street. Like, “people are assuming the worst from you before you even open your mouth.”

Another time, Katie woke up to water being poured on her from the second floor of an apartment building. The tenants didn’t want the homeless hanging out in front.

“There was this idea of ‘nobody wants us’,” she said “We didn’t even want ourselves.” 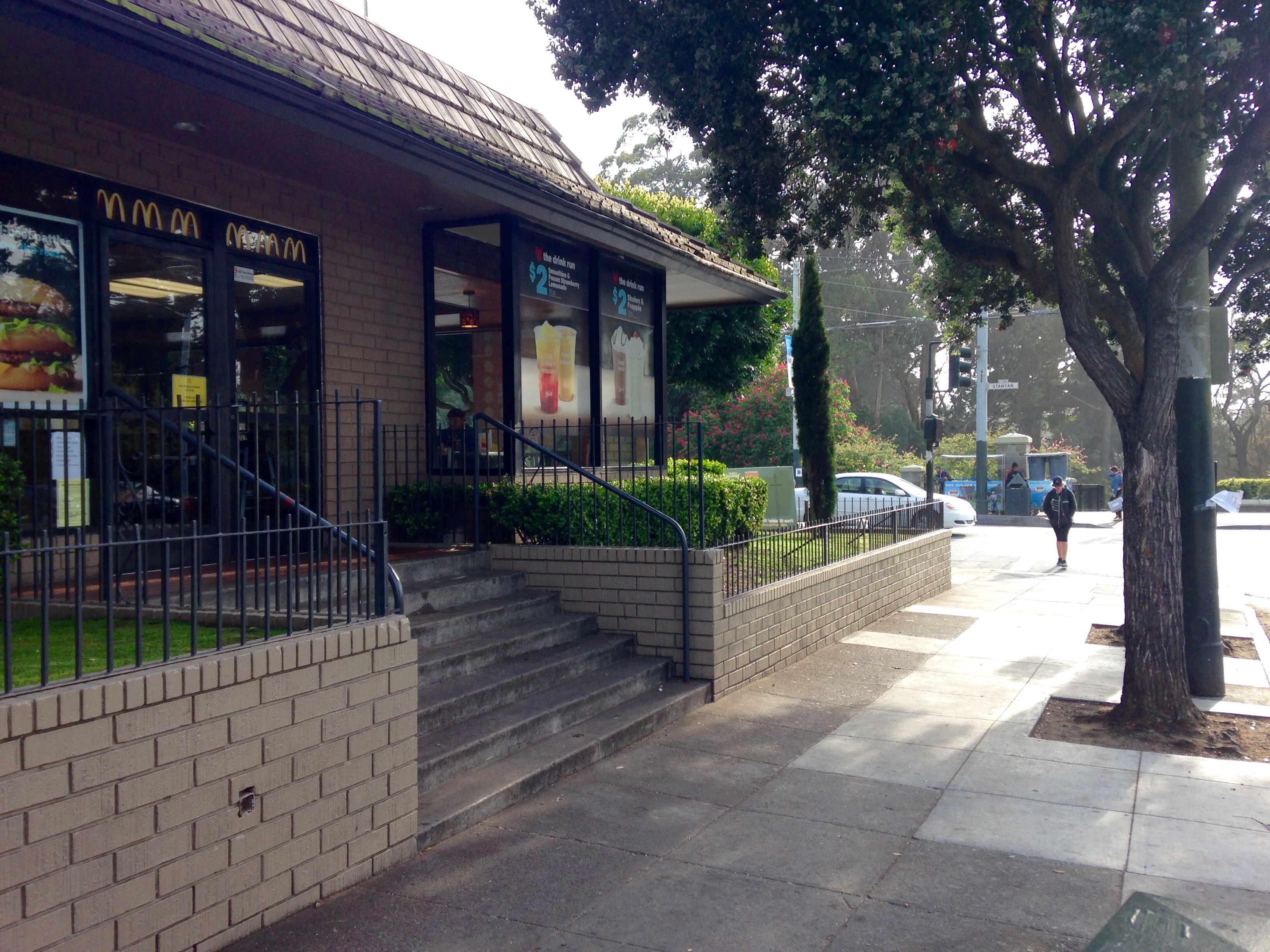 Still, Katie sensed that some people really did want to help. Like the young business man who frequented her outpost at the McDonald's on Haight and Stanyan. It began with a simple remark, “You’re not as stupid as you look”. Then he was bringing her gifts: an umbrella, a membership to the YMCA and a calling card so she could page him if she was in trouble. Other times they would just chat. “He wanted to help me but he didn’t know how.”

Then there was the time a woman approached Katie as she was sitting on the sidewalk dying her own hair. She liked the crazy colors, and asked Katie if she could do the same to her daughter’s hair.

“So I ended up dying this lady’s daughter’s hair,” Katie remembers. “We started chatting, and I just came right out and said, ‘Please take me home with you.’ I could see that she wanted to, but there are so many things you don’t know about a young person on the street.”

Things like, where did this person come from? Why can’t they keep themselves clean? Is this person dangerous? Why don’t they just find a job? With these barriers, “What incentive to people have to stop and get to know someone who’s got a lot of problems?” Katie asks. “The only thing people can do is help this homeless person get in touch with their humanity.”