A tribute to singer songwriter Joni Mitchell in Hayes Valley is getting some grassroots attention from members of the local community.

Earlier this month, SFJAZZ installed a large tribute to the singer on the side of a Franklin Street building across from the jazz center. Now, it's being added to by neighbors and residents who wish to offer their own gestures of gratitude for Mitchell's music and art. Handmade signs, paintings and poems are popping up daily on a chain-link fence below SFJAZZ's tribute. 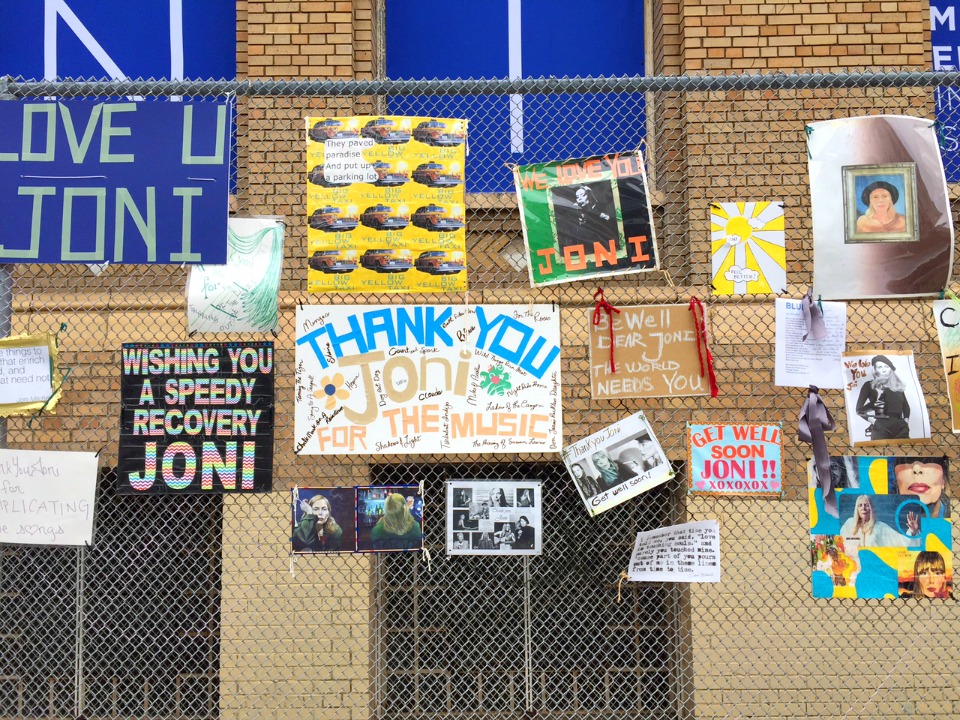 SFJAZZ honored Joni Mitchell with a lifetime achievement award this year—an event she was planning on attending before she fell ill several weeks ago. In reaction to her health concerns, the event took an even-more honorary tone, and the circumstances surrounding her health spurred the community into action. 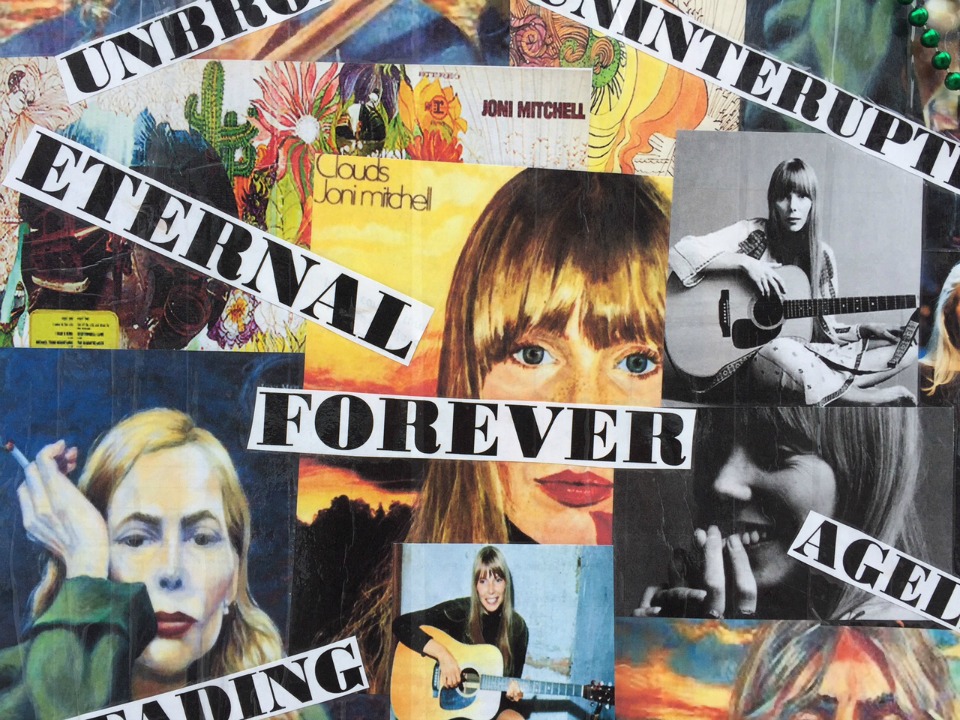 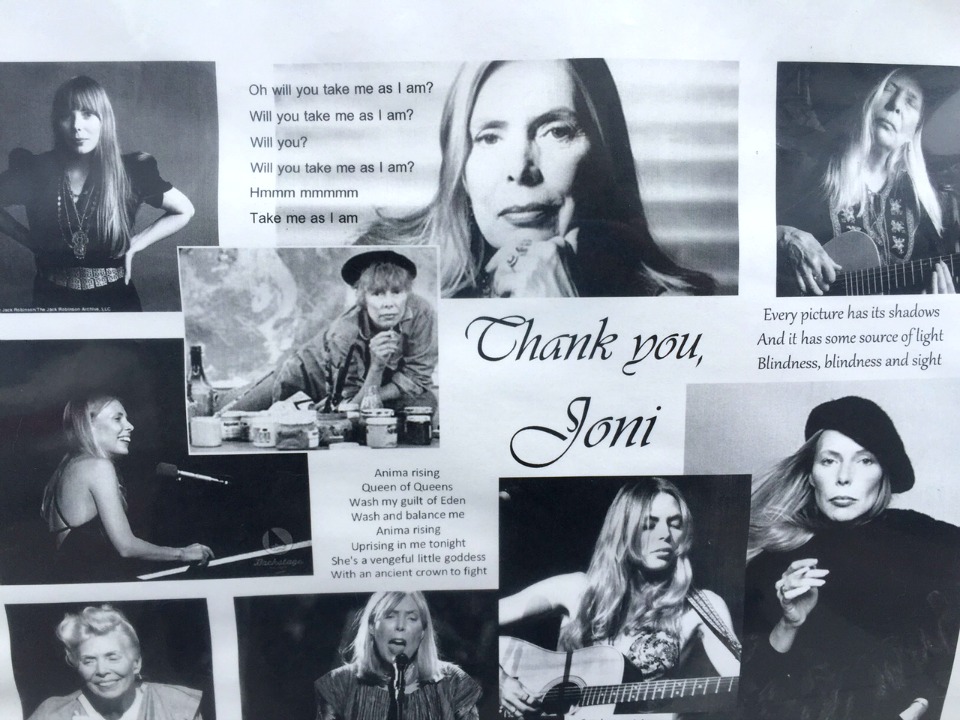 Marshall Lamm from SFJAZZ says the center supports the community's interaction with their tribute. "In advance of the SFJAZZ 2015 Gala honoring Joni Mitchell with the SFJAZZ Lifetime Achievement award, the organization unveiled a visual tribute to Joni across the street from the SFJAZZ Center as part of the organization's #ThankYouJoni campaign," he said.

"Almost immediately after the unveiling, people spontaneously began attaching cards, flowers, and messages to the fence. It has become a living display of love and affection people from around the world have for Joni and SFJAZZ is so proud that this installation has provided a place for people to come together and honor Joni." 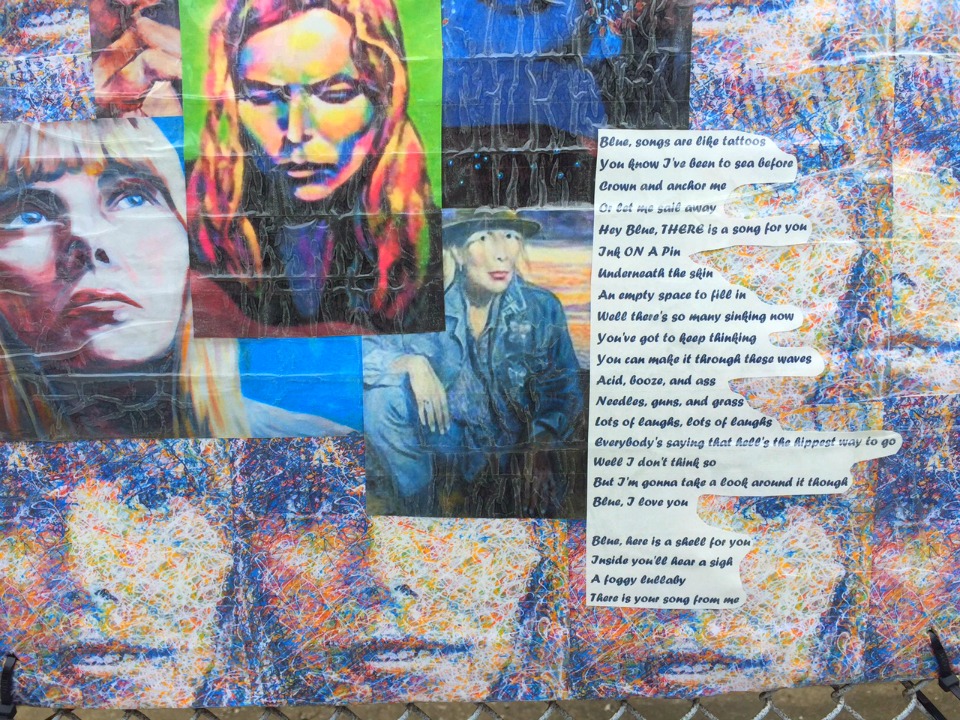 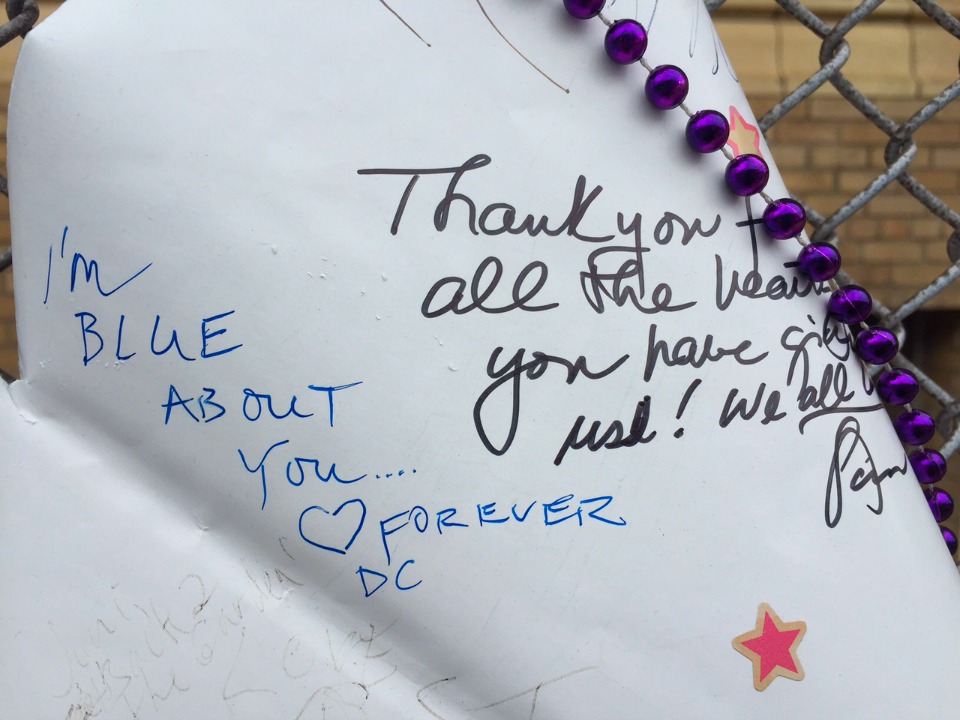 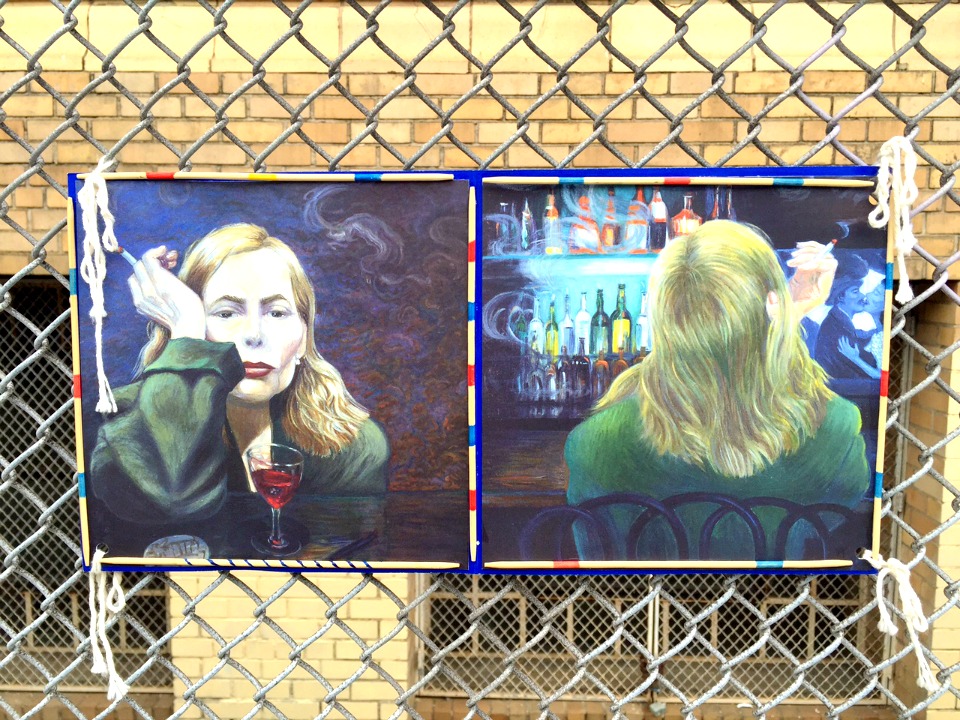 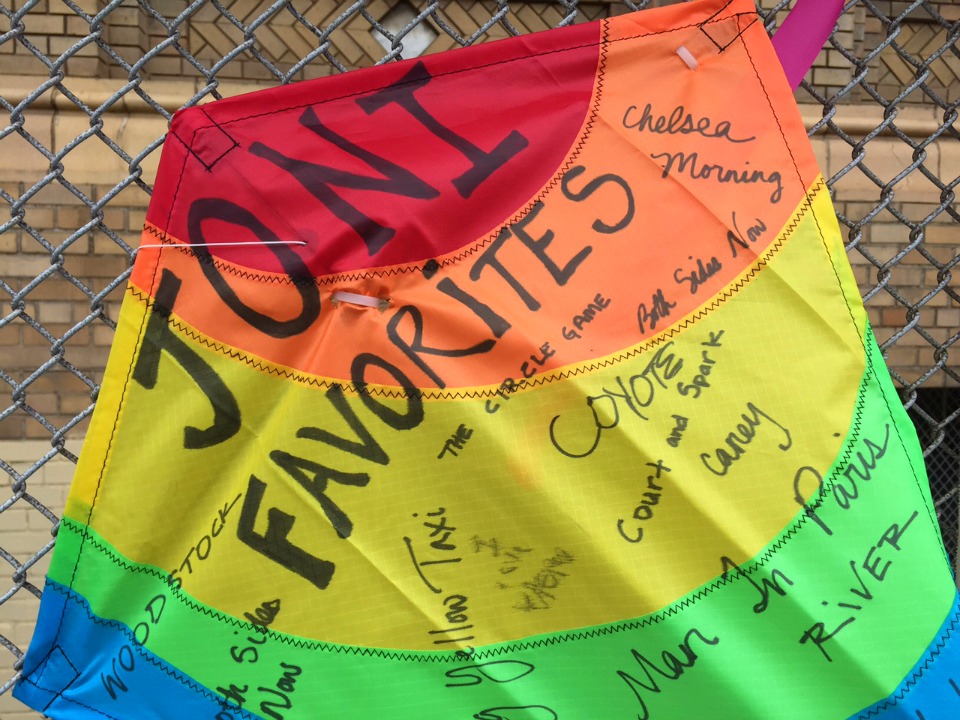 Good news for Joni and her fans: she's rumored to be recovering, with the official Joni Mitchell website stating that the 72-year-old singer is alert and that "a full recovery is expected."

SFJAZZ's tribute will only be up for another couple weeks, so head down to Franklin & Fell to read her tributes, or to drop off one of your own.