Prior to the vote, a handful of Tenderloin residents and small business owners addressed the commission with concerns regarding demolishing the existing building, which is currently in use by the United States Postal Service for general delivery. According to the Planning Department's project assessment, 20 percent of the nearly 8,000 P.O. boxes in the facility are in use and patrons cannot buy stamps or send mail from this location. 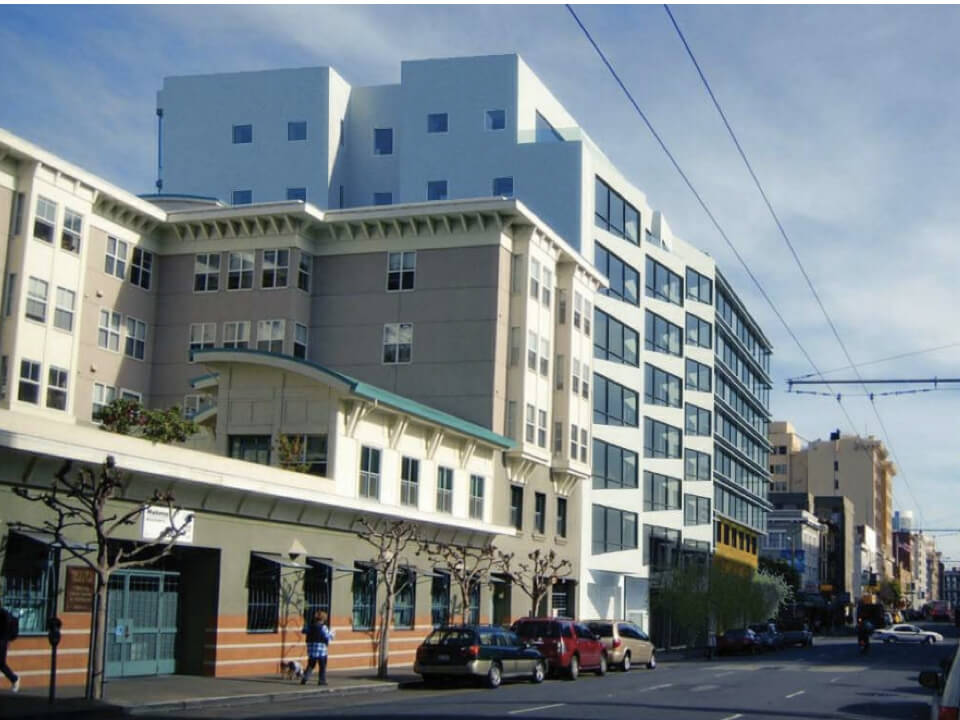 Rendering of Golden Gate Avenue with the approved development on the corner of Hyde Street. (Image: Costa Brown Architecture)

The majority of the public commenters who spoke against the project rent P.O. boxes in the facility and were concerned about the loss of permanent addresses for homeless and transient people and residents who cannot receive mail at their homes, as well as the Postal Service's lack of communication with box holders regarding the closure. Other concerns raised included the distance of Fox Plaza from the Tenderloin, adding market rate housing to the Tenderloin, the 18-month construction period and shadows on surrounding open spaces.

While the commissioners were concerned about displacing a neighborhood-serving amenity, they ultimately concluded that the lot is currently underutilized and voted unanimously in favor of the project. However, the project sponsor did agree that if the Postal Service wanted to continue service in the new building, it would be welcome.

Dorothy O'Donnell
About 8 hours ago