The Van Ness Bus Rapid Transit Project (BRT) has taken another major step toward its ultimate goal of creating "rapid and reliable transit service along the Van Ness Avenue corridor between Mission and Lombard streets." The SFMTA's Board of Directors has awarded the initial contract for the massive project to Walsh Construction Company, a recent press release reveals. The SFMTA took over the project from the San Francisco County Transit Authority (SFCTA) in December 2013, and it's been in the planning stages ever since.

“This milestone is the latest example of how the City of San Francisco is coming together to get big projects done and improve our transportation network for everyone,” said Tom Nolan, chairman of the board of directors, in the release. The project will include creating center boarding islands and transit-only lanes, installing pedestrian bulbouts on certain corners, and banning left turns and U-turns at certain intersections to speed up the flow of traffic.

To make way for the new transit system, "most of the 193 existing trees" along the Van Ness route will need to be removed, says SFMTA representative Paul Rose. Once the construction is complete, 400 new trees will be planted, more than doubling the existing number. On Friday, July 24th, Public Works posted notices on the trees scheduled for removal. Most of the trees set for removal are in the median, but a handful will also be removed along the sidewalk, primarily those close to preexisting bus shelters. 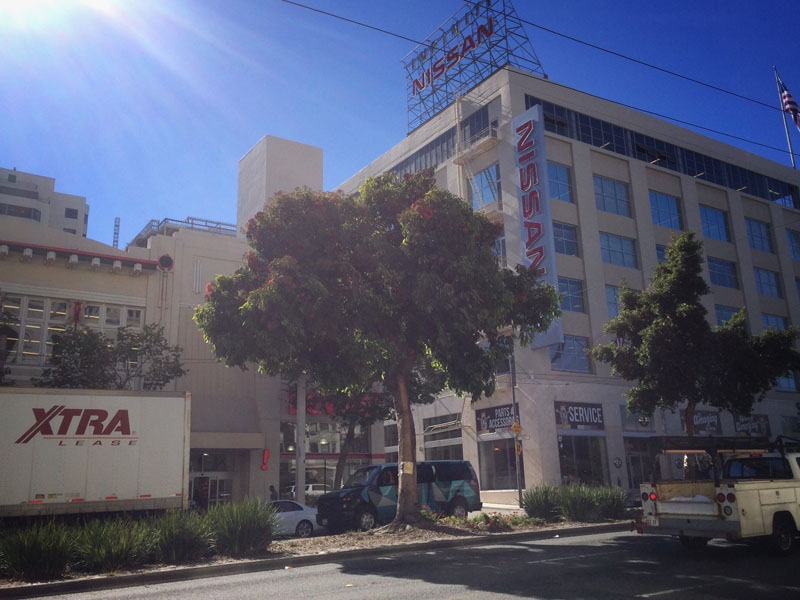 According to the release, the trees will make way for the "construction of two miles of dedicated transit-only lanes that separate Muni from traffic, [with] enhanced boarding platforms, installation of new traffic signals to prioritize transit, and the rollout of low-floor buses that will improve boarding." The enhanced service is expected to reduce travel times for the 47 and 49 buses by more than 30 percent.

Several related but separately funded projects, collectively known as the Van Ness Corridor Transit Improvements Project, will also be implemented. Aging infrastructure (including the overhead contact system for powering trolley buses) will be replaced, sewer and water systems and street lighting will be updated, landscaping and rain gardens will be added, and the street will be repaved. Pedestrian safety enhancements will include pedestrian countdown signals, median refuges, and high-visibility zebra-striped crosswalks. 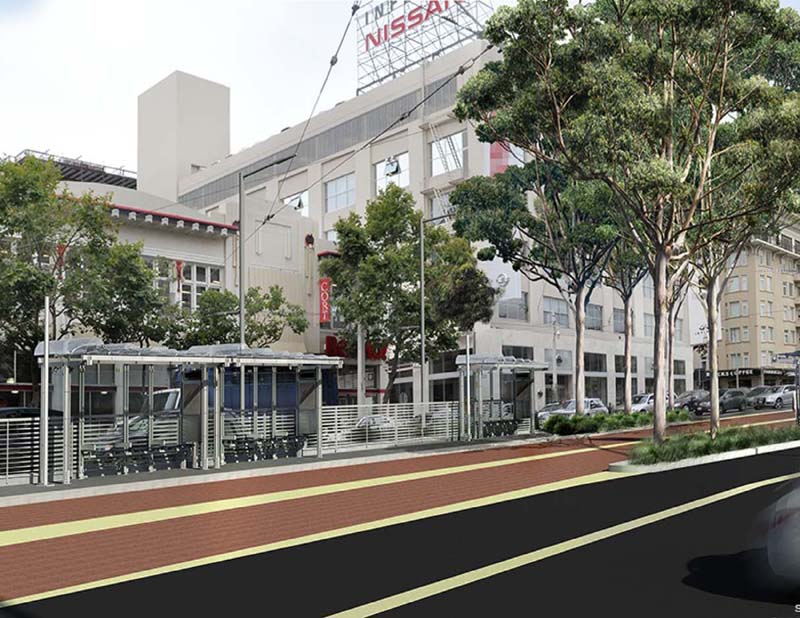 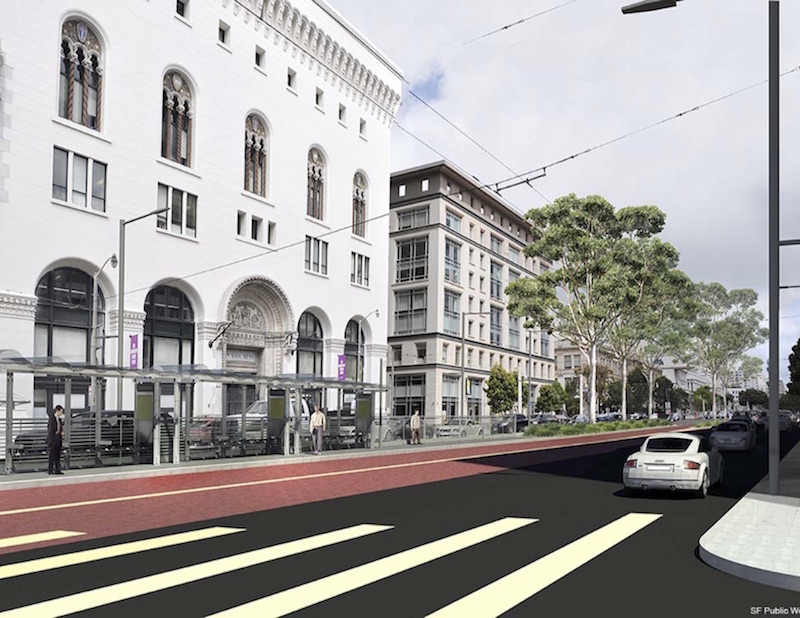 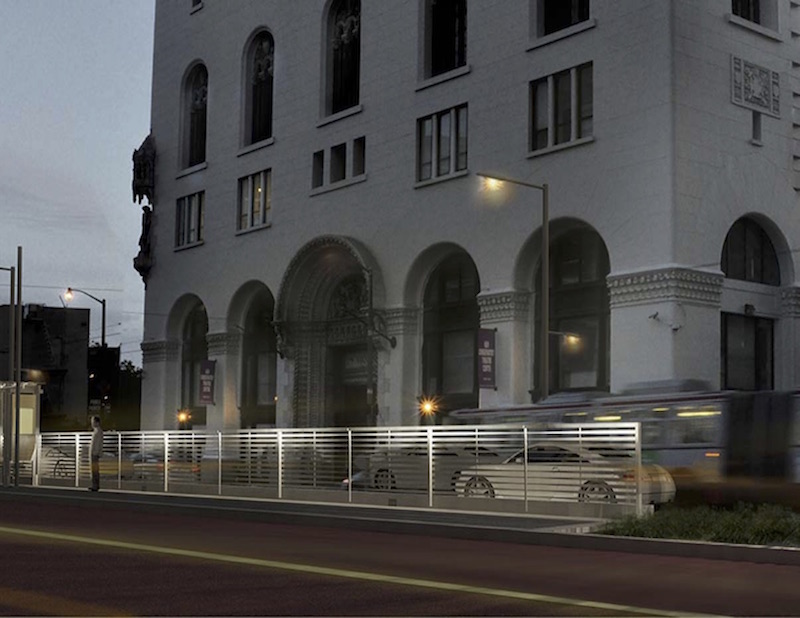 The unified Van Ness Corridor Transit Improvements Project is expected to cost a total of $250 million, with the BRT Project representing $162 million of that cost. Construction on the project is currently estimated to begin in early 2016 and conclude in 2018.