With SFPD's office closed for the holiday, it's a short week of crime reports for the neighborhood, but Central Station still had plenty of action, including an arrest in an Oct. 26th assault case in which a man was punched and kicked and his cell phone stolen at Stockton and Ellis streets in Union Square.

On Wednesday, police announced the arrest of two 19-year-old men, Tristean Duree and Odis Doss, who were charged with robbery, aggravated assault, and conspiracy in the incident.

According to police, surveillance video showed the suspects waiting with several other persons as the victim, a 54-year-old man, approached. From the SFPD's release:

As the victim approached them, the suspects struck him and attempted to steal his smartphone. The victim retreated, but the suspects advanced on him, continuing their attack until he was knocked to the ground. One suspect stole the victim’s phone and the suspects then kicked and repeatedly struck the defenseless victim as he lay helpless on the ground. The victim, who is a husband and father of three, sustained severe facial injuries which will require reconstructive surgery.

The SFPD's Gang Task Force, after reviewing Central Station's crime alert, identified Doss and Duree as suspects in the crime, and took both into custody in Visitacion Valley. 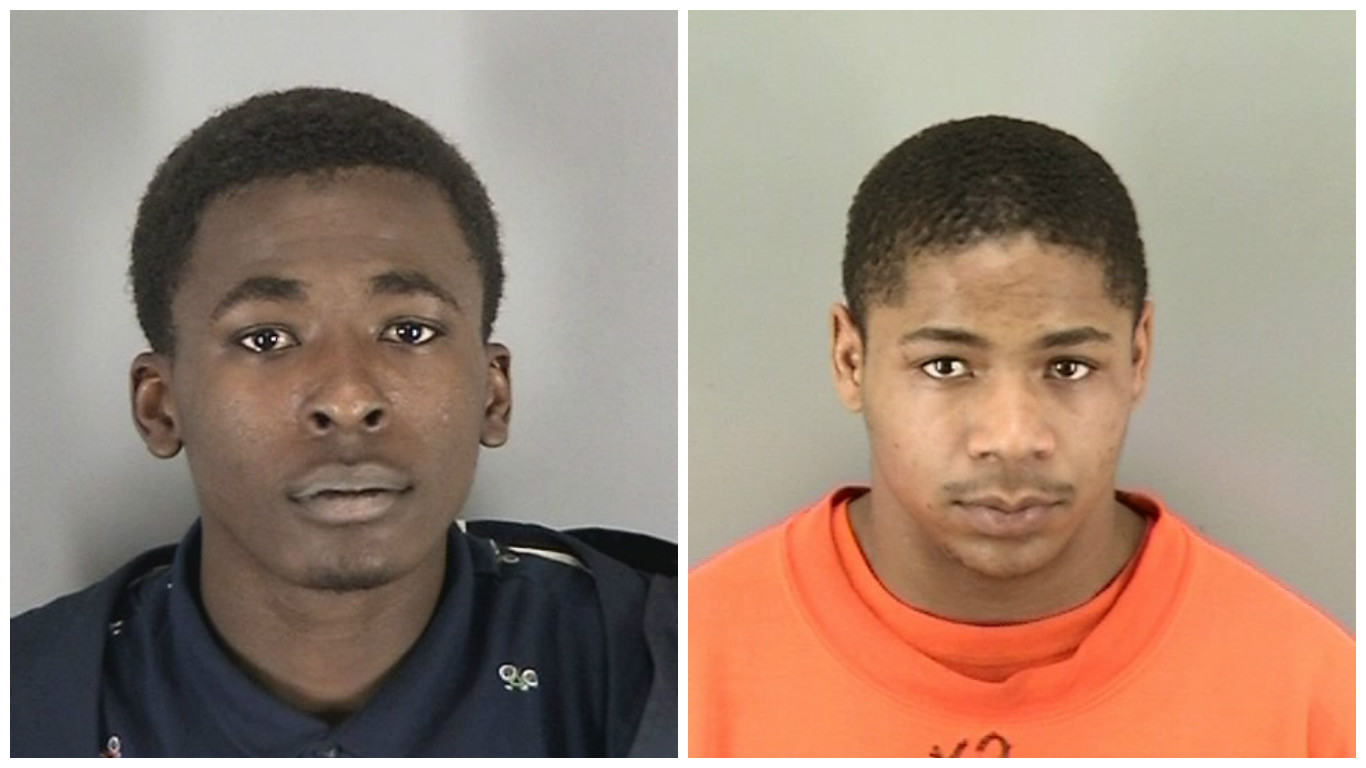 Now for your latest crime recap:

On Nov. 20th at 9:41pm, a 53-year-old woman was talking on her smartphone in the area of Post & Stockton when a 17-year-old male snatched the phone out of her hand, breaking her fingernail in the process. The suspect fled the scene, but was later arrested, and the phone recovered.

Also on Nov. 20th, at about 10:30pm at Pier 37, four male suspects, aged 23 to 30, beat up a 43-year-old man, kicking him in the head and, according to police, possible hitting him in the head with a bicycle. Three of the suspects fled on foot, with the fourth fleeing on the bicycle, and the victim was transported to the hospital with possible traumatic brain injury.

At 3am on Nov. 21st,  two men, aged 22-27, were shown on the security footage of the 16th floor of a hotel on the 300 block of Stockton. Several minutes later, they were seen leaving the floor with a suitcase—containing money, a laptop, tablet and more—belonging to a 26-year-old man who was staying at the hotel. The victim, who was in the room when the suspects stole the suitcase, had no memory of what happened after going out earlier that night with his girlfriend; it's unknown how the suspects got into the room.

At 2:24am on Nov. 22nd, a 34-year-old man intervened in a vehicle collision involving a intoxicated female driver at Mission & New Montgomery – and he became the victim. Her passenger, a man in his 20s, got out of the car and began to get physical with him; then a third suspect drove up, got out of his car, and kicked the victim in the face. The two male suspects fled southbound on New Montgomery in the second vehicle. The female driver was arrested, and the victim sustained a laceration to his lip.

At 3:30am on Nov. 22nd, a stabbing took place "somewhere in SF" that was assigned to Central Station. The victim, a 24-year-old man, was "making his way through a large group of people" when he was stabbed in the back by an unknown suspect. He sustained a puncture wound to the back but was in non-life-threatening condition.

On Nov. 23rd at 10:40pm, a 64-year-old man got into an argument with a man in his early 20s on the 400 block of Geary. The younger man punched the victim in the face, causing him to fall back, hit his head and lose consciousness. The suspect fled on foot and was not apprehended; the victim sustained a laceration to the head and was transported to the hospital.

Central Station participating in a turkey giveaway at the Ping Yuen, sponsored by the SFPOA! pic.twitter.com/t2uGoIBfCU