Getting To Know The Great Horned Owls Of Golden Gate Park

Living near Golden Gate Park means getting used to nocturnal wildlife encounters, whether it's raccoons, skunks or the occasional coyote. But there's another neighborhood animal that's more often heard than seen: the great horned owl. For much of the 20th century, the city's population of hawks, eagles and owls declined due to pollution, but after harmful substances like DDT and leaded gasoline were banned in recent years, their numbers have rebounded.

For the last several years, a group of Bubo virginianus has nested in the pine trees near the bison paddock, at Golden Gate Park's western end. Unlike other birds, great horned owls start their families right around now, in the depths of winter. After settling into the abandoned nest of another large bird, the female typically lays a clutch of three to five eggs, which incubate for three to four weeks. Unlike most San Franciscans, these owls are strictly monogamous; once they make a love connection, it's for life. 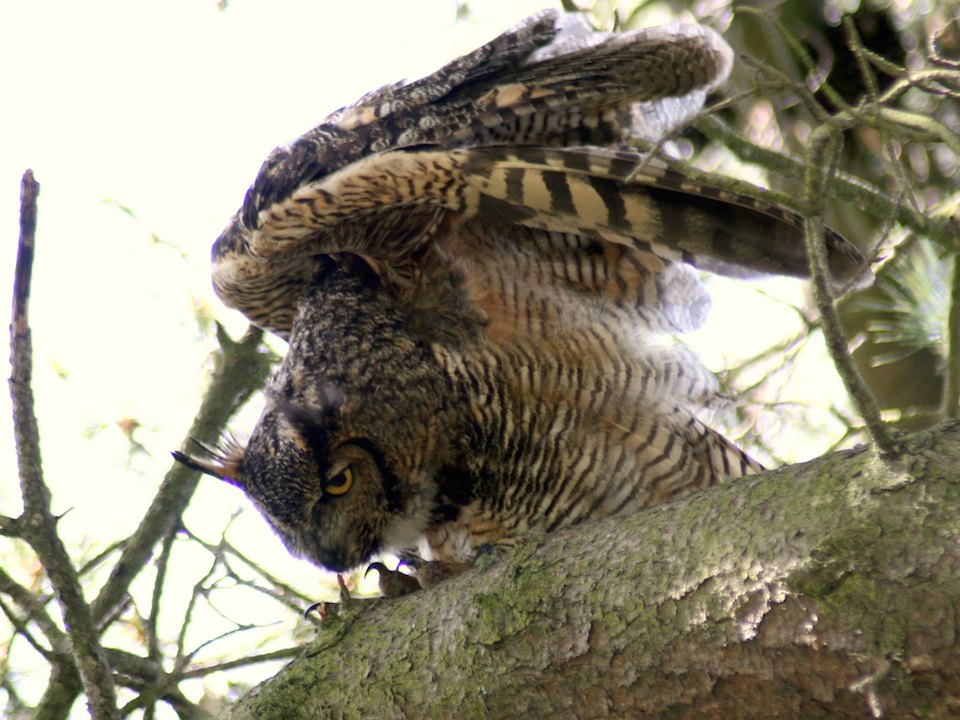 After hatching, owlets stick close to their parents, who accompany them as they explore nearby branches. By the time they're nine weeks old, baby owls have had their first flying lessons, but they'll remain with their parents for several more months, leaving the nest early the following fall. Although adults usually stake out 2-3 square miles of home territory around the nest, juvenile owls may roam as far as 150 miles to find a new home.

Golden Gate Park offers a smorgasbord of snacks for the owls, which have their pick of insects, rodents, reptiles, and even other birds. Owls swallow their prey whole and undergo a 12-hour digestion cycle, regurgitating fur, teeth and bones in the form of compacted pellets. 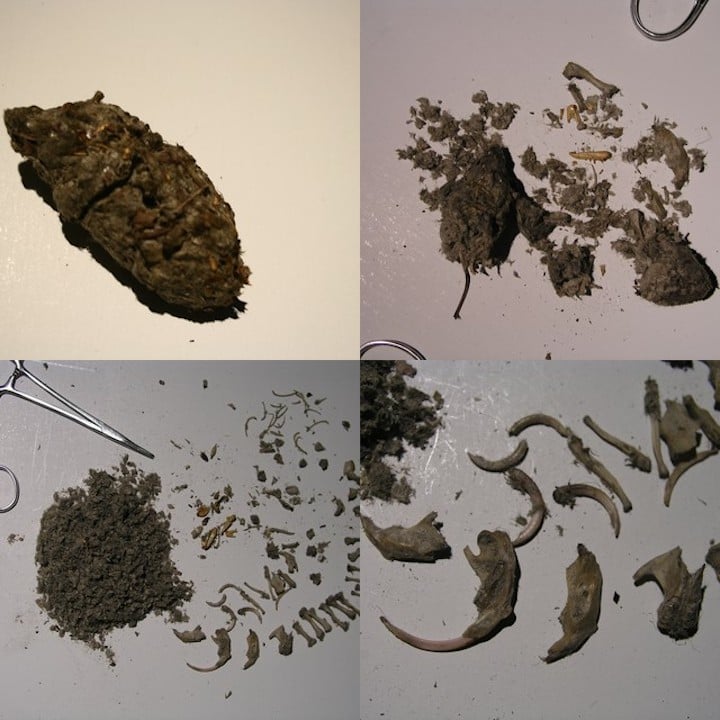 Great horned owls are easily recognized by their brown faces, with prominent eyebrows and long tufts above each ear. Because one ear is higher than the other, owls can triangulate faint sounds, like a mouse chewing grass seeds, from far away. Their huge eyes are well-calibrated for seeing clearly in low light; if an owl were the size of a human, its eyes would be as large as oranges. A fully grown adult can grow up to two feet tall, with a wingspan of three to five feet.

In the wild, great horned owls usually live between 8 and 13 years, but in captivity, they are extremely long-lived. In 2012, an owl at the San Francisco Zoo died at the age of 50.

If you're looking to spot an owl, keep your eyes peeled at night, when they go hunting. According to Wikipedia, their "hunting activity tends to peak between 8:30pm and 12:00am, and then can pick back up from 4:30 am to sunrise." They often rest on the tops of utility poles, or the highest tree branches.

To see for ourselves, we staked out a spot near the Big Rec baseball diamond near 9th & Irving around 5:30am this morning. Though we weren't able to spot an owl, we did hear the iconic cry of "WHOwhowhoWHO!" that indicated a male was nearby (females are higher in pitch). For those who don't live near Golden Gate Park, Bernal Heights and the Presidio are also prime owl-spotting locations.

Have you seen an Inner Sunset owl up close and personal? Tell us in the comments.
San FranciscoInner Sunset
May 13, 2022