Walking down Market Street, you may have seen a few of the city's new Living Innovation Zones (LIZ), which are intended to transform San Francisco's streets into live forums for the expression of art, technology and science. The interactive artworks, many of which double as seating, have popped up all along Market Street, from the kinetic blocks outside The Hall to the Exploratorium-created "whispering dishes" at Yerba Buena Lane to the mobile "Studio 1" art studio that popped up at 10th and Market this summer.

LIZ structures are designed to withstand 24/7 exposure for up to two years. Their goal is to promote interactions between community members and their public spaces, and to test out activation projects in areas where more permanent solutions might be needed, like bringing more seating to an area or bringing public artwork to a public space for the first time.

Due to their quick turnaround time, "they also end up being an incredible, innovative way to showcase new ideas, new technologies, different types of art forms, and really highlight what's happening in San Francisco and bring it to the sidewalks," said Cassie Hoeprich, program coordinator for the LIZ program.

Now, the LIZ program is planning its first installation outside of Market Street. Back in August, two Civic Center institutions—the SF Public Library's main branch and the Asian Art Museum—joined forces with the Mayor's Office of Civic Innovation and the Planning Department to plot a new collaborative LIZ.

The museum and the library want to create a greater sense of unification between their spaces, which are divided by Fulton Street. "There stands to be a physical indication that these two institutions are connected in different ways. This is the first tangible step in articulating that," said Hoeprich. 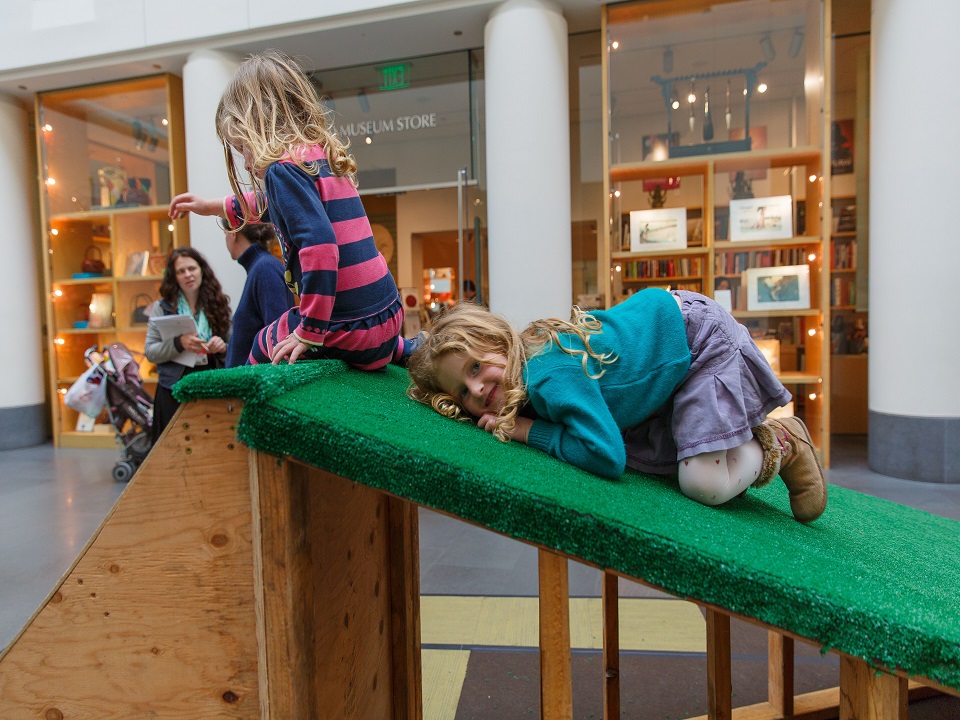 But while museums and civic institutions have handled the design of previous LIZ works, this one will have an interesting twist: it's being spearheaded by high-school students. The students, members of an advanced architecture class at the Youth Art Exchange led by architect Craig Hollow, have been entrusted with the responsibility of both designing and building the LIZ, which is intended to "serve the many children that visit the two institutions, and that of course live in the area," said Hoeprich.

The goal was to create "a fun, playful place for children to gather, young people to gather, and of course the community at large to gather, but that also linked the two institutions and brings their missions beyond their walls," said Hoeprich. "The hope for this project is that it can be something that really showcases the two institutions, but that still feels like a public instillation for everyone and anyone to engage with." 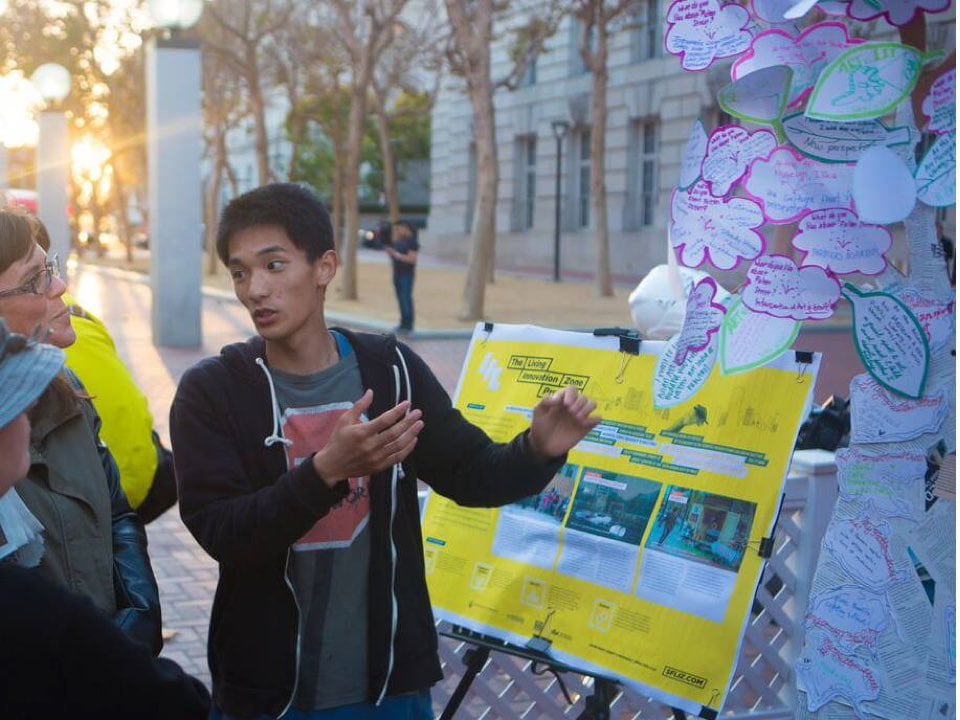 The students developed outreach strategies to ensure that the general populace was being reached—including the sizable transient and homeless population in the vicinity of UN Plaza. Mock-ups were focused on being inclusive, with engaging textures designed to appeal to those who are vision-impaired.

The current plan is for an 18-foot dragon structure, spanning three rows of trees in the area to the right of the Asian Art Museum on Fulton Street. It will have three interactive components: a gallery space, a slide for kids, and a turf area. The gallery space will be used to showcase rotating work from a variety of cultures, in collaboration with local art organizations.

"[The LIZ] can double as a space for programs at the Asian Art Museum," Hoeprich said. "They are open to ideas around bringing activities outside, like drawing sessions, and inviting people to perform. Other organizations in the area could use the space to hold events as well."

The project design has yet to be finalized. After the holidays, the students will need to meet with appropriate city departments to make sure that it's ADA-compliant and focuses on inclusivity. It'll go through the permitting process this winter and spring, with a tentative debut in late July or early August of 2016.

The Asian Art Museum's LIZ is one of a few set to debut in 2016 and beyond. The map has a full listing of both the current LIZ projects and those set to arrive in the new year, including a second Exploratorium-created LIZ in UN Plaza and planned "Music Innovation Zone" at Fox Plaza.

"We are excited about the potential these Living Innovation Zones have to give people the opportunity to really contribute something to the public realm, and inspire long-term plans," Hoeprich said. "These have been great structures to bring to the area. They are a wonderful canvas to showcase all that's happening in San Francisco and in art, science and technology."