An ad for Verizon and the Super Bowl on the north side of Four Embarcadero Center. (Photos: Geri Koeppel/Hoodline)
By Geri Koeppel - Published on January 20, 2016.
San FranciscoFinancial DistrictUnion Square

Multi-story Super Bowl 50 ads are starting to crop up on downtown high-rises in anticipation of the coming crowds, and at least one city resident isn't happy about it.

SoMa resident and community activist Jamie Whitaker emailed members of the press and SF Planning today to complain about the ads, which he says are in violation of the "general advertising" portion of San Francisco's Planning Code. 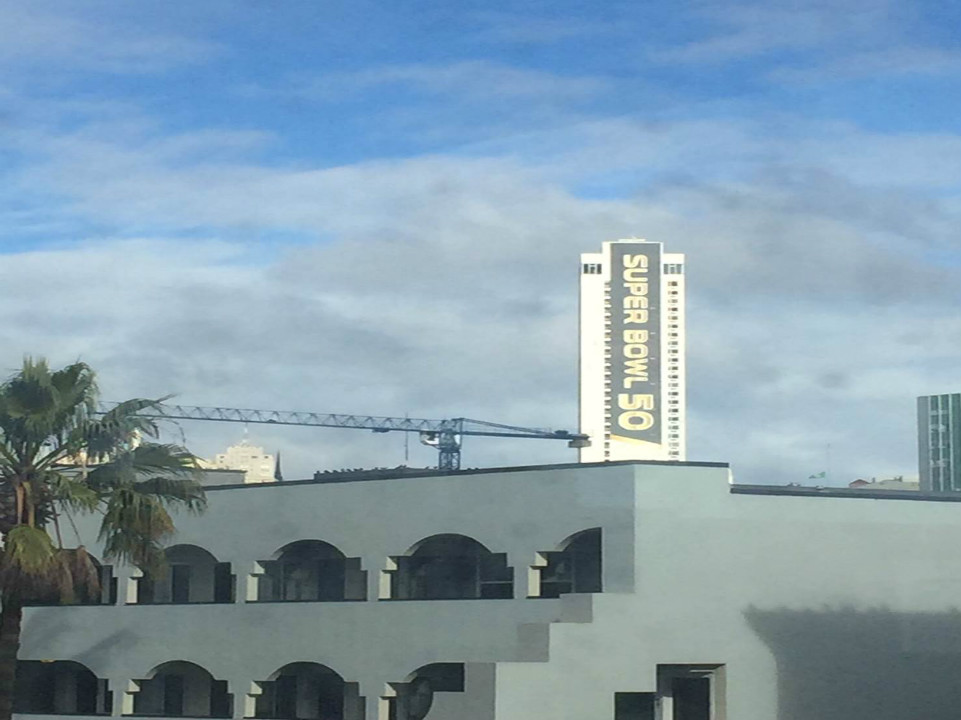 Here's an excerpt from Whitaker's email:

These building owners know that San Franciscans strictly limit new billboards because they are a blight. Most recently, the majority of city voters opposed Prop D, a measure to create a Mid-Market special signage district, in the November 3, 2009 municipal election. I believe the buildings that attach these extremely large illegal advertisements to their buildings are counting on the Planning Department to be negligent in their enforcement role. I hope Planning proves them wrong, and immediately enforces the Planning Code and charges penalties allowed by San Francisco law.

We asked Planning whether the property owners received permission for the advertisements. Spokesperson Gina Simi said the owner of Embarcadero Center, Boston Properties, "has said that it is a Super Bowl sponsor sign ... they got the green light from the Mayor's Office, as [the ads] are temporary, and connected to a civic celebration." She did not comment specifically on the Hilton's sign.

"You will most likely see more of these Super Bowl signs, but again, they are temporary," Simi added. "Even if we did enforce, due process would allow them to stay up for 30 days. They are expected to be removed in a timely manner after February 7th." 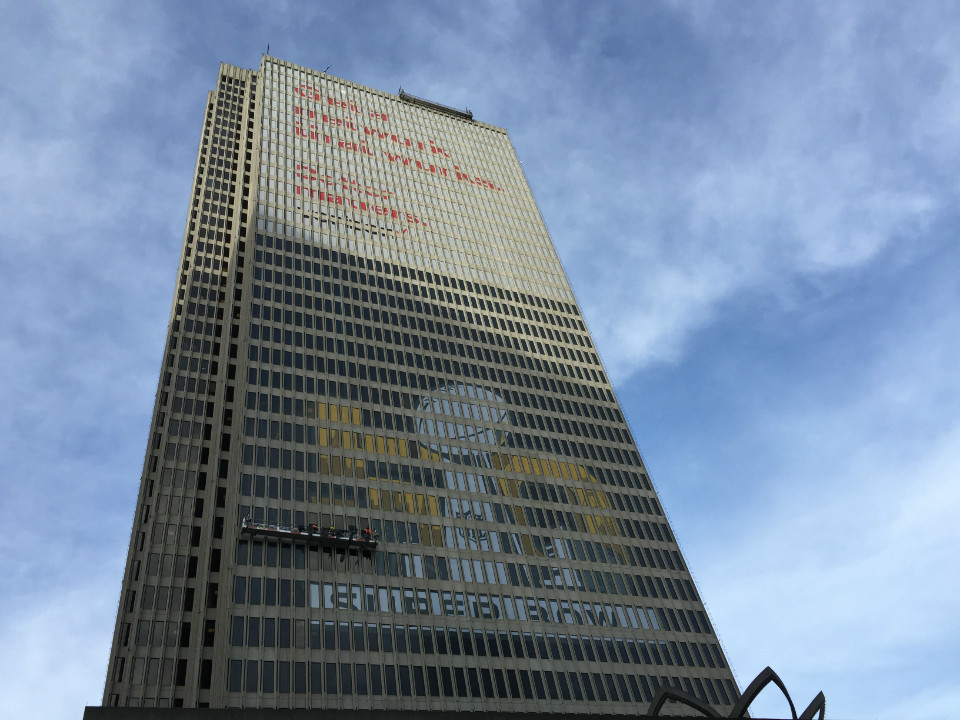 South side of Four Embarcadero Center.

We contacted the Mayor's Office to ask who approved the ads and why they were approved, but have yet to receive a response. Also unknown: whether the buildings' landlords are receiving any revenue from the ads, and if so, how much.

In our inquiry to the Mayor's Office, we also asked for information on how many buildings might become canvases for ads, and whether the city will receive any revenue from them. We'll update this story if we get answers. 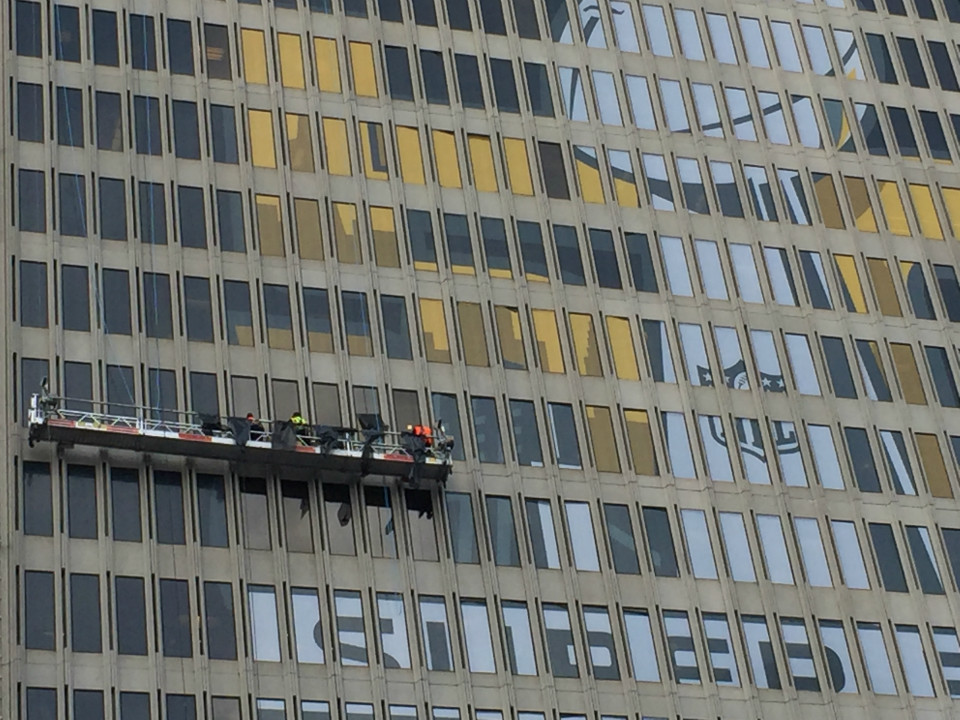 As for the signs themselves, a worker near the Four Embarcadero Center site said that they're being created using perforated window film on the glass. Colored vinyl will be used to fill in the pillars between the windows. He said he didn't know of any other buildings his company was contracted with to create additional signs, other than the Oracle building in San Jose.

Jay Barmann
About 23 hours ago