Local Super Bowl events, now in full swing, have already been a magnet for a variety of activists looking to get the word out to a bigger audience.

Super Bowl City on Market and the Embarcadero has been the focus of protests by #BlackLivesMatter and homeless rights advocates this past week. But there's more today.

Earlier this afternoon, as the venue's audience swelled to reach capacity, 15 to 20 members of Bay Area Intactivists, Bloodstained Men and other groups opposed to circumcision protested at the nearby Ferry Building.

Many wore pants with fake bloodstains near the crotch and held signs saying things like, "Cut the bullshit not the foreskin"and "Protect all children from genital mutilation;" they also handed out cards with reasons why they oppose circumcision. 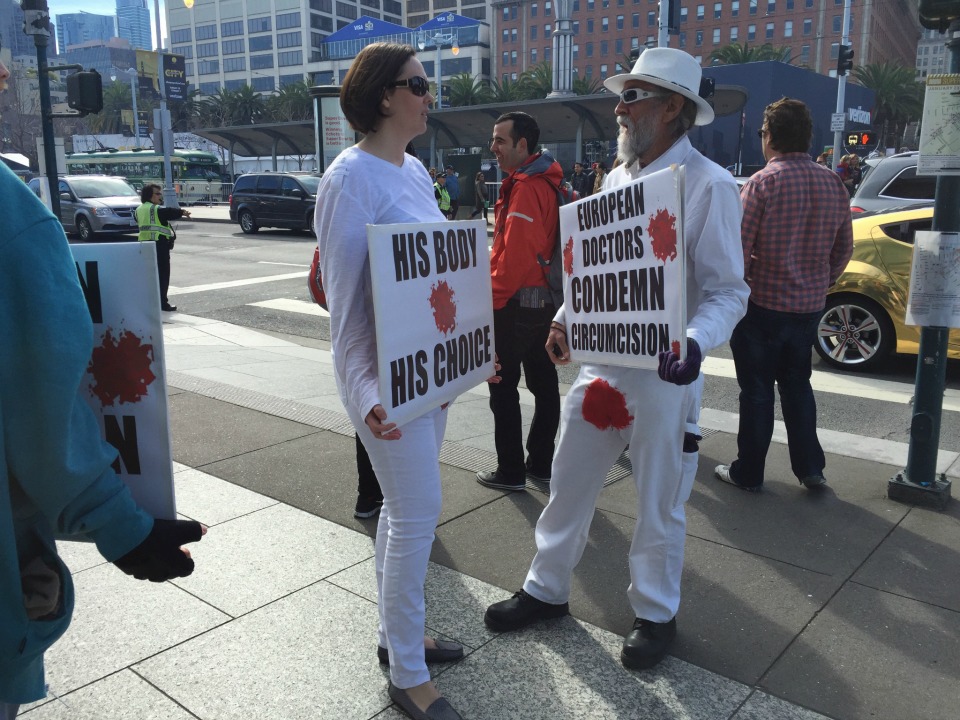 According to the Bloodstained Men's site, an "intactivist" is someone "who believes that every child, regardless of their gender or parents' beliefs, has the right to their intact genitals, as they're born. Someone who believes forced genital cutting on any child violates human rights. Someone who raises awareness and educates about the functions and value of prepuce (male foreskin, female clitoral hood) to change public opinion thereby protecting the next generation."

Elsewhere in the city, workers and labor activists criticized the situation of Levi's Stadium workers.

And down at the airport, around 50 people were on hand to share their concerns about police violence with new arrivals.

Religious groups also made appearances. Here's one we spotted: 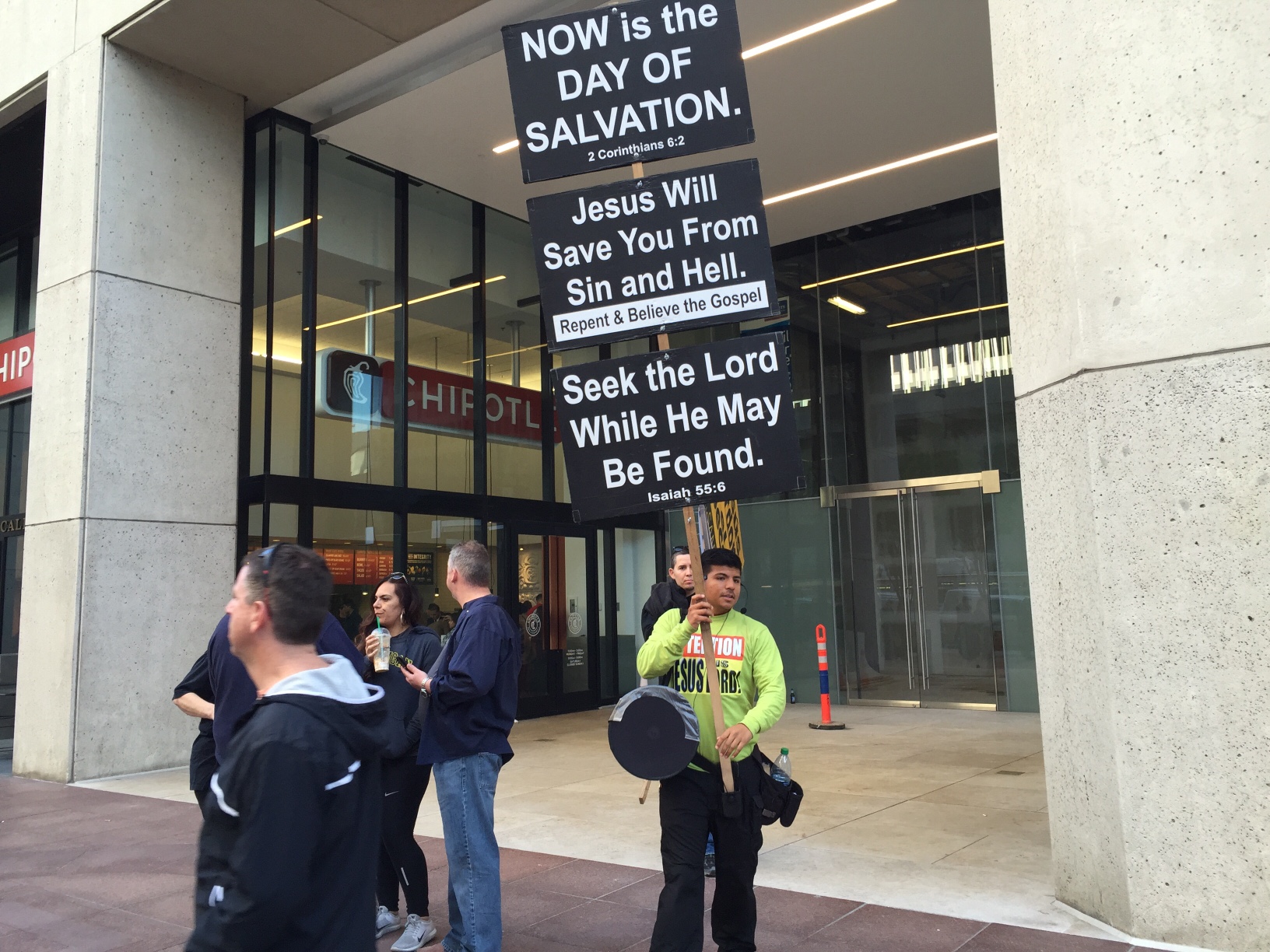