If you live in the Haight, you're most likely familiar with the bright blue dinosaur that lives outside of Shoe Biz II at 1553 Haight. But in a sad turn of events, he has apparently gone missing.

Shoe Biz II manager Chantal Jolagh told us that the dino vanished while the shop was getting its floors redone, one in a series of upgrades it's been making to its interior since changing ownership last December.

According to Jolagh, the sign in the window went up, in part, to combat the seemingly endless string of customers and locals who've been stopping in to share their questions and concerns about the disappeared dino, who's been stalking the sidewalk in front of 1553 Haight, rain or shine, since 1975. 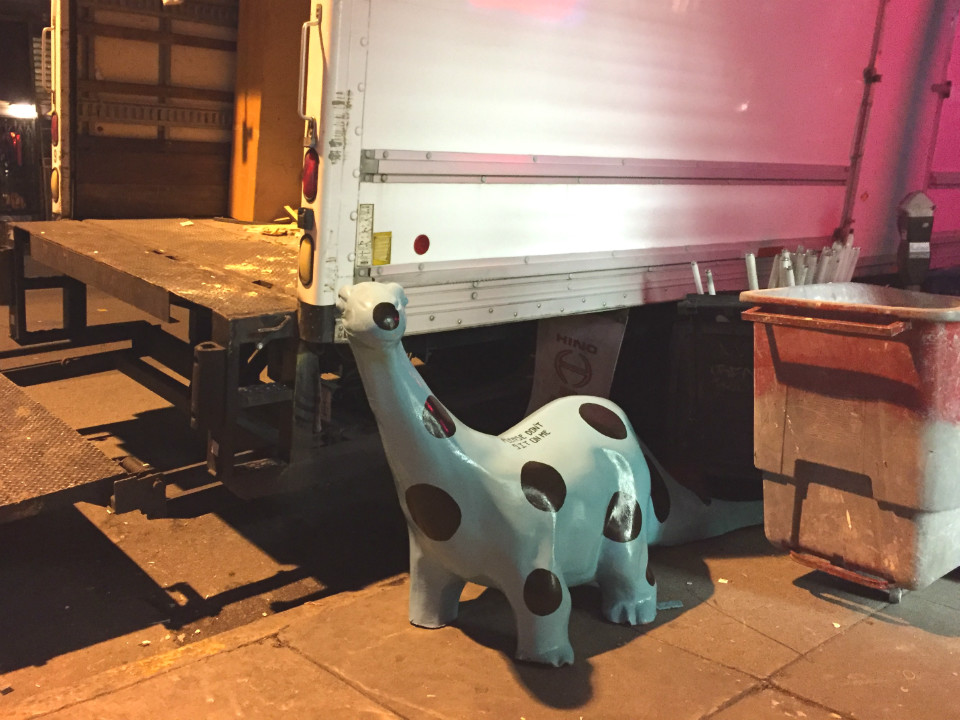 Jolagh and the Show Biz II crew aren't sure whether he was stolen or whether he just wanted to get out of dodge for Super Bowl Mania, but they hope he finds his way back sooner than later.

In the meantime, you can follow Show Biz II on Instagram to get updates about the dino.