Want more murals in your neighborhood? College scholarships for students from low-income families? More visible crosswalks? District 7 residents have the unique opportunity to decide which of these—and other—proposals their tax dollars will fund, through this year's participatory budgeting process.

If you're over 16 and live in the district (outlined below), you've got until April 22nd to cast your vote, either online or at one of three polling places (Laguna Honda Hospital, West Portal library, or Ingleside library). The 2016 ballot contains proposals from three categories: safety, culture, and neighborhood services; there's also a $75,000 proposal to revitalize West Portal Elementary's schoolyard.

Since participatory budgeting debuted in San Francisco in 2013, three of the city's 11 districts have used it in various years. This year, however, District 7, represented by Supervisor Norman Yee, stands alone in letting residents determine how a small portion ($500,000) of the city's budget ($8.96 billion for fiscal year 2016-17) will be spent.

Supervisor Yee hopes other districts will adopt the program down the line. "This year, I am the only Supervisor to have Participatory Budgeting," he said in an email, "but I hope to see this successful program expand citywide."

Direct democracy is gaining steam in D7, according to Erica Maybaum, a legislative aide to Yee. Voting opened at 5am last Friday, and as of this morning, they'd counted 4,553 votes from 1,600 voters, already surpassing last year's two-week total. 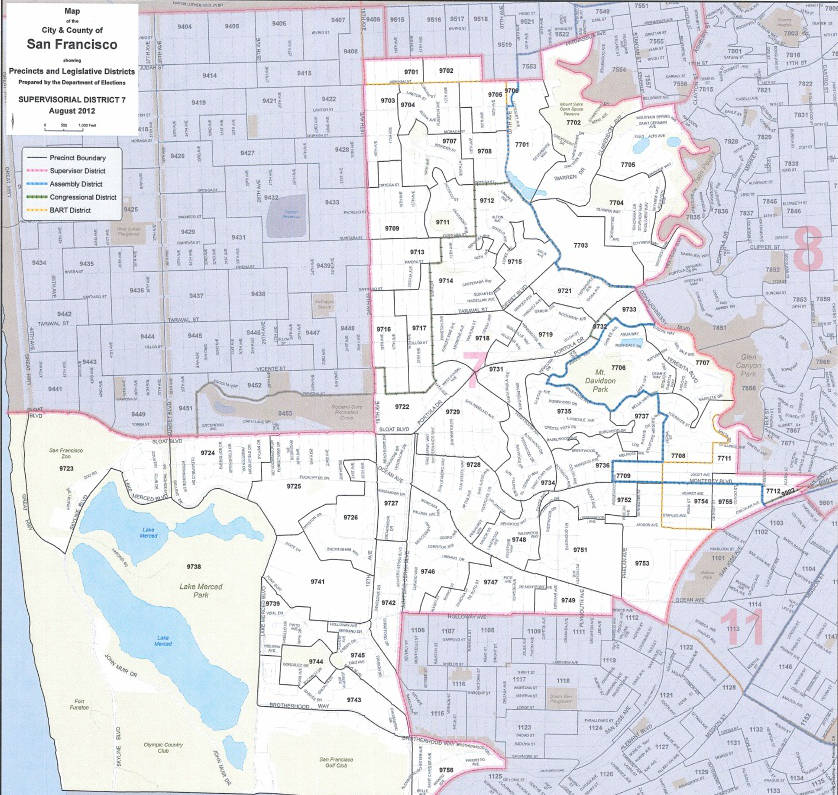 The process is designed to be community-driven. Neighborhood associations, nonprofits, and even individual residents can submit and shape proposals in the following categories: Neighborhood Services; Culture; Small Businesses; Education and Youth; Pedestrian Safety; and "Other."

Anyone over 16 who "lives, works, or plays" in the district can attend community brainstorming meetings and workshops, and submit proposals using a simple, two-page form. "If you're not from a nonprofit and don't apply for grants, we didn't want this to intimidate you," Maybaum said.

Proposals are narrowed down by an eight-member neighborhood council, then passed on to the appropriate city department to determine feasibility and cost. If a project is designated unfeasible, the city department will propose an equivalent alternative. (For example, Maybaum said, if a road is deemed too wide for a proposed speed bump, a stop sign may be substituted.)

From there, the ballot is translated into three languages — English, Spanish, and Chinese — and put to the district for a vote. To win funding, a proposal requires a minimum of 200 votes. The top four vote-getters in each category receive funding.

This year's ballot includes 19 proposals ranging from $5,000 to $38,000 each, plus the West Portal Elementary project, which stands on its own in a new $75,000 category. To be eligible for the larger grant, a project has to serve at least three neighborhoods.

Last year's participatory budgeting winners included a radar speed sign at 14th and West Portal, and a study to evaluate a possible parking lane along Brotherhood Way. Among this year's proposals are several pedestrian safety enhancements, a college savings plan, butterfly habitat restoration, a West Portal centennial campaign, and a few mural projects, including an extension of Precita Eyes' Laguna Honda Hospital mural, which we covered in December.

Maybaum said students and parents of West Portal Elementary, who have two proposals on the ballot, have embraced participatory budgeting as a civics lesson. The school held an assembly about the process, and parents and students have led get-out-the-vote efforts. "They see it as a really great way to teach civic involvement," she said. "Should one of their proposals be chosen, they'll get to see it through beginning to end." 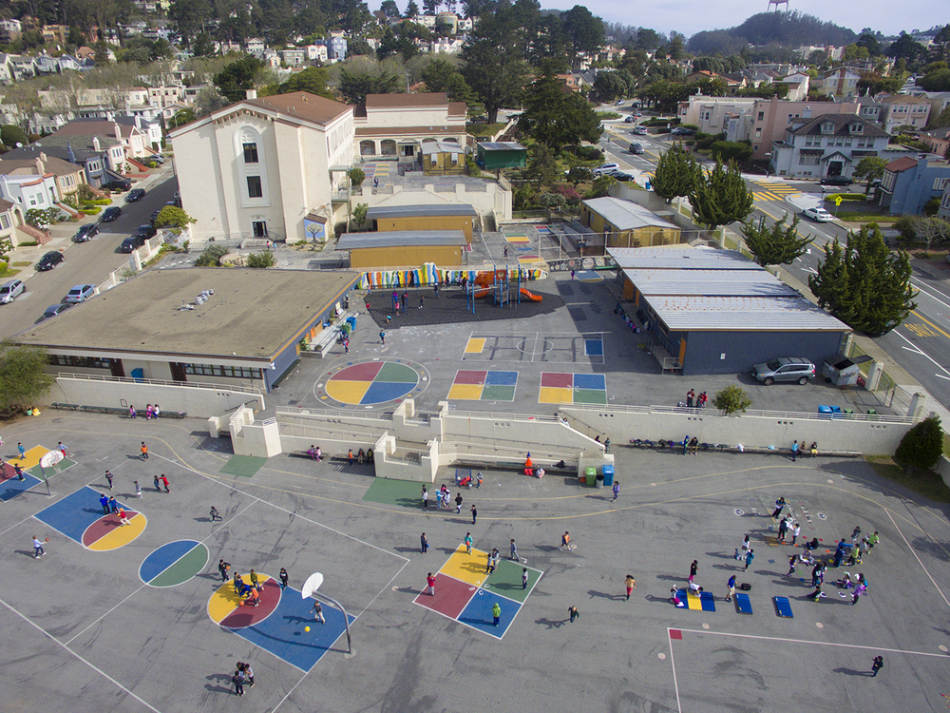 Participatory budgeting started in Porto Alegre, Brazil in 1989, one of several innovative efforts to build a culture of democracy in the country after 19 years of military dictatorship. Since then, it's spread to over 1,500 locations internationally, including a handful of U.S. cities. In 2013, San Francisco became the first city in the nation to introduce online PB voting.

But when Vallejo became the first city in the nation to adopt PB on a citywide scale, The Atlantic reported that opinions were mixed. The amount allocated for PB shrank after the initial year; some residents pointed to the time-consuming process and high administrative costs of running the program, while others speculated legislators didn't want to give up authority over spending.

Yee sits squarely in the optimistic camp. "I am so proud of this community-led process that encourages creativity and innovation," he said. "Participatory budgeting offers a tool for greater civic engagement and participation. Who better to decide on what to fund than our own residents?"