The North of the Panhandle Neighborhood Association (NOPNA) has released a survey polling the community about a radical plan: to install separated bike lanes on both Fell and Oak streets, running the length of Panhandle Park between Baker and Stanyan. To achieve such a feat, one lane of traffic may have to be removed, and parking would be set back from the curb to create a buffer between the bike lane and car traffic (similar to the setup on JFK Drive in Golden Gate Park).

The survey was launched in February, and was created in response to collisions in the neighborhood, as well as a jam-packed Panhandle. "There have been numerous critical collisions with pedestrians hit by drivers in the last two years along the corridor," NOPNA President Tim Hickey told us. "Adding protected bike lanes is a logical fix that would calm traffic and also address congestion on our well-used and much loved Panhandle Park paths." 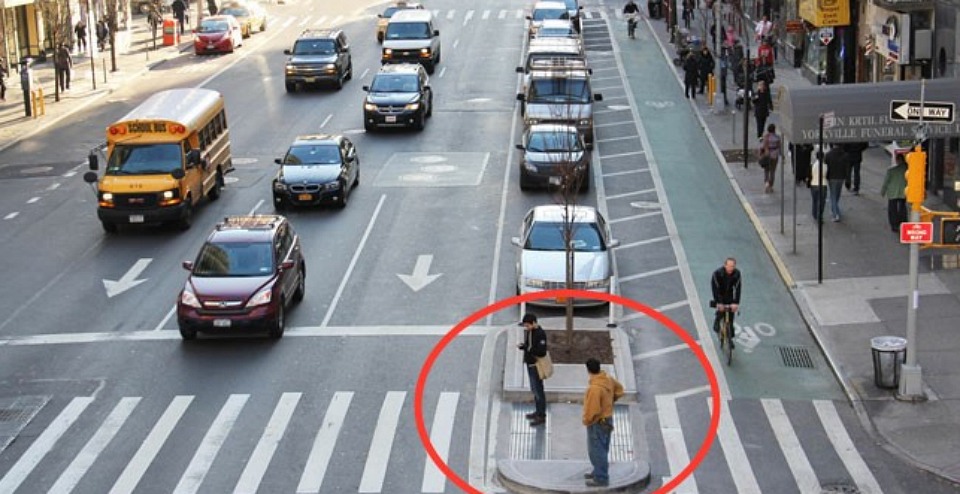 An example of the proposed layout, provided by NOPNA.

The Panhandle currently has two paths running through it. The path on the south side, commonly used by pedestrians, is bumpy thanks to tree roots pushing through the soil, and meanders to and fro along the edge of Oak Street.

The north side of the park is a different scene. The wider two-way multi-use path is used by runners, pedestrians (often pushing strollers), rollerbladers, skateboarders, and cyclists. Particularly during the morning and evening rush hour, it can become a highway for two-wheeled commuters, connecting them from the popular Wiggle bike route to Golden Gate Park, the Richmond and the Sunset.

"This congestion increases the occurrence of and opportunity for conflicts and results in a less enjoyable time in an otherwise wonderful park," reads the survey. 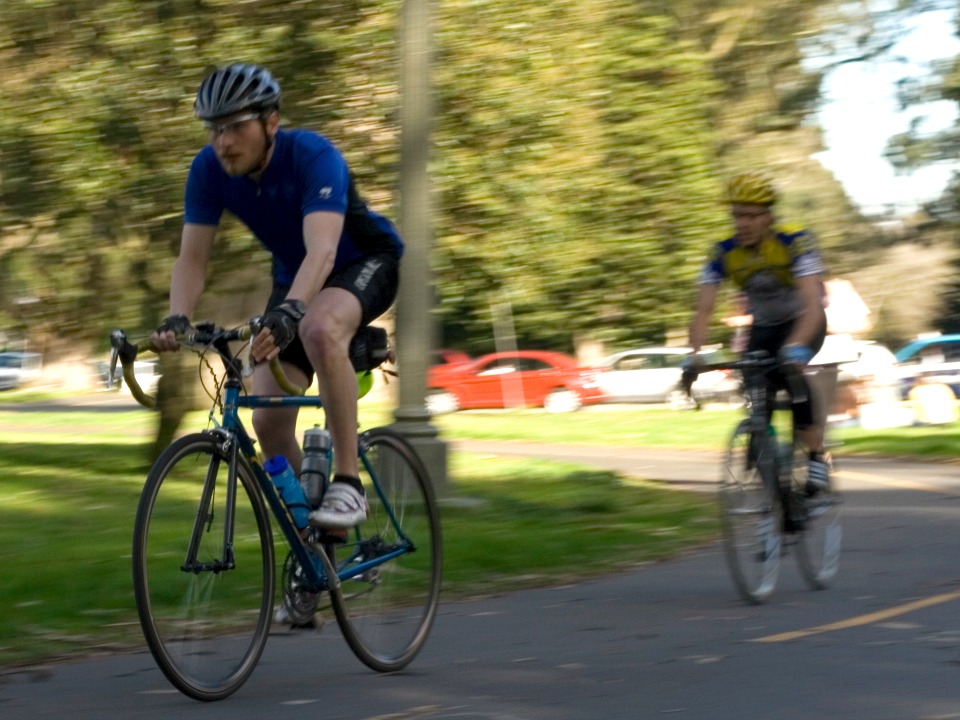 Cyclists ride along the busy multi-use path on the north side of the Panhandle.(Photo: Sam Soneja/Flickr)

The San Francisco Bicycle Coalition (SFBC) supports the work of NOPNA in polling the community about these issues. "It's so great to see the neighborhood association seeking the community's feedback on how best to improve the Panhandle and neighboring streets," said Chris Cassidy of SFBC. "We're excited to see the results of this community survey, and eager to see streets around the Panhandle reflect the hopes of those who use them the most."

But it's likely that not everyone in the neighborhood will be a fan of the proposal. As readers well know, the addition of new bike infrastructure, which can spell less space for cars on the road, is perennial hot topic around these parts (see the discussion around this week's story on a new Tenderloin bike lane). If implemented, the new bike lanes could require the removal of a lane on both Oak and Fell streets, which serve as main arteries for east/west car traffic in the area. 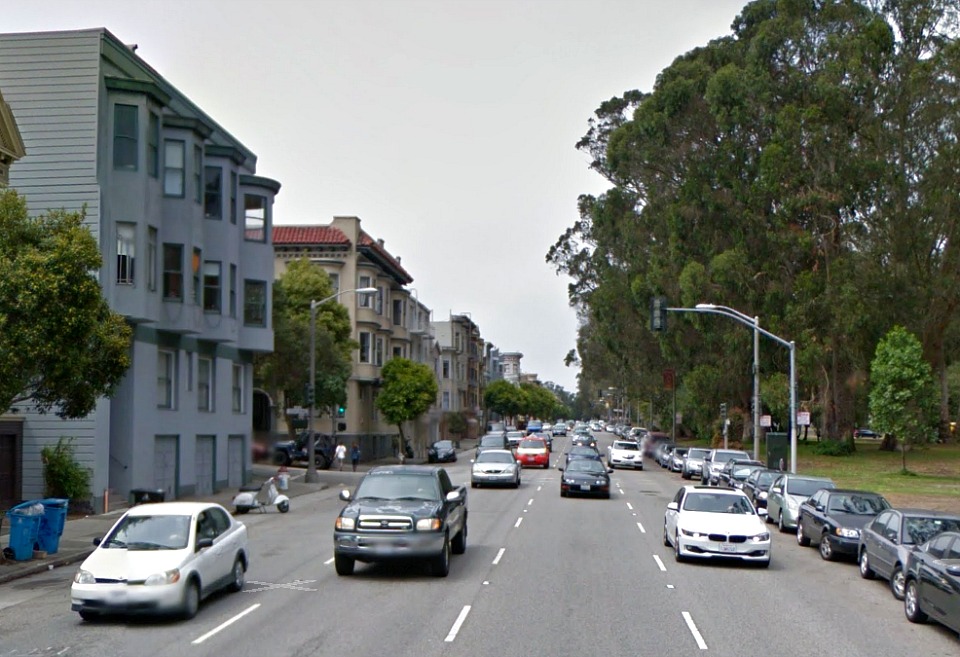 "These anti-car, pro-bike projects do not have popular support in the neighborhoods. More than 1,300 people signed a petition against the Masonic bike project," neighborhood resident Rob Anderson told us. "It's a stupid idea—almost as stupid as the Masonic Avenue bike project, which the city will begin implementing in June."

The survey (found here) will end this month, and the results will be reviewed by NOPNA's Board. They'll then present their findings to both District 5 Supervisor London Breed, and the SFMTA, which may evaluate the plan for feasibility. "It is a low capital investment project that would benefit all users," Hickey explains. "We hope to have a meeting with the various stakeholders and MTA engineers to gain insight and answer questions after the survey closes."

San FranciscoNoPaUpper Haight
About 11 hours ago