Next year, San Francisco's light-rail vehicles (LRVs) will receive their first major upgrade since the 1990s. Beginning this fall, SFMTA will begin accepting delivery of new LRVs with sleek exteriors and revised seating configurations, which will begin serving passengers on SFMTA's six streetcar routes in summer 2017. The 215 new vehicles will be manufactured by Siemens in Sacramento under a $1.2 billion contract. 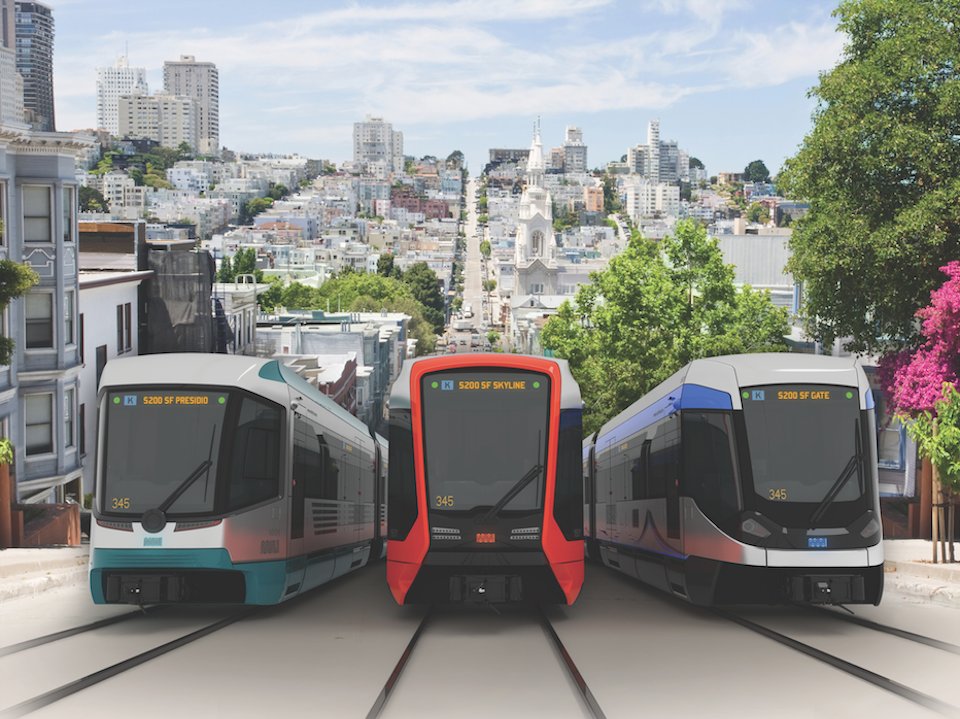 The design in the center will be deployed on the new cars. (Photo: via Siemens)

Siemens is already fabricating the new cars, the first two of which will be delivered before the end of the year. After that, "the first 64 cars will be added to the current fleet," said SFMTA spokesperson Paul Rose. "This will allow us to have more cars in service and run three-car shuttles."

"The prototypes should be here by the end of this year," Rose added. "After testing, the first new cars should be in service by summer of 2017." The new LRVs will be able to run on all six Metro lines, he added.

Today, SFMTA has 155 LRVs in service; in September 2014, the Board of Supervisors acted on the SFMTA's recommendation to purchase the new vehicles to replace and expand its fleet. Initially, the City agreed to buy 175 new cars, but it later exercised an option to order 40 more. The original plan was to have the first new cars up and running by the end of 2016, but as always, there have been delays.

To gather rider input on the new vehicle designs and configurations, the SFMTA surveyed customers across the city in 2014. Heavy LRV ridership in the western neighborhoods impacted the results; of the 8,755 people who participated in the survey, 33 percent were regular riders of the N-Judah, the busiest of the six LRV lines. 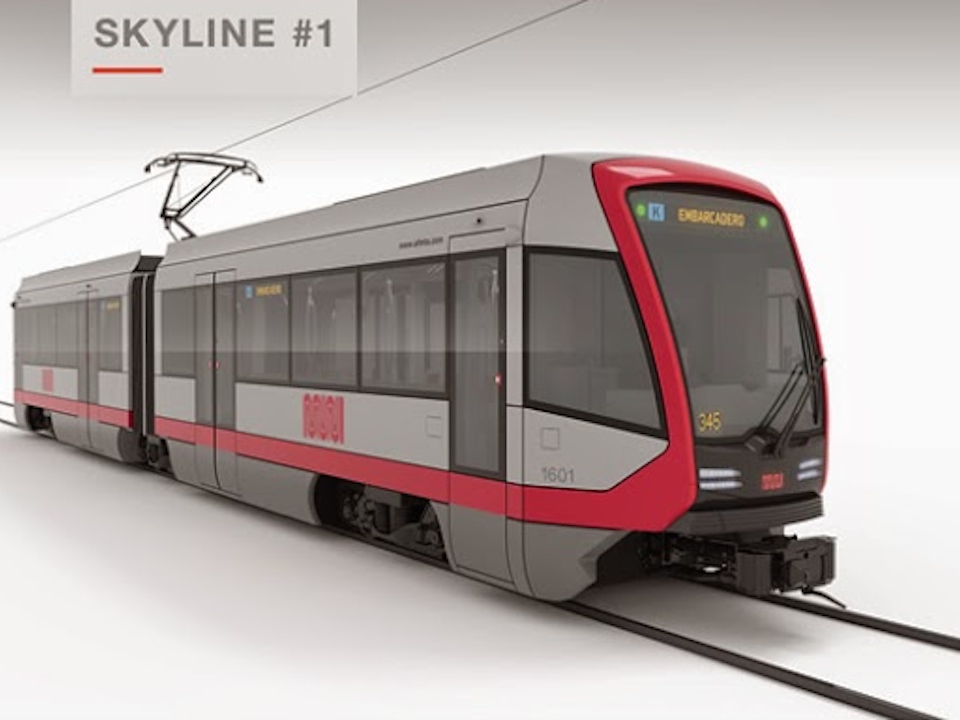 In the survey, passengers in the western neighborhoods expressed a strong preference for transverse seating, where back-to-back seats face the front and rear of the vehicle. But a majority of riders (54 percent) said they preferred longitudinal seating, in which seats face into the vehicle, creating wider aisles. 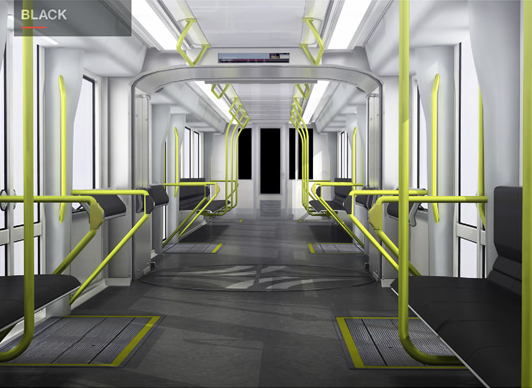 Even for those who don't prefer a longitudinal layout, the design offers some aspects that will make for a more comfortable ride. A November 2014 report by John Haley, SFMTA's director of transit, asserts that "longitudinal seating means a lighter car, primarily due to less steel that will allow us to achieve our target weight." Lighter cars reduce track wear and vibration, making for a more energy-efficient and comfortable ride.

Haley added that cars with longitudinal seating will be easier to clean and maintain, and could allow for bicycles to be brought onboard Muni trains in the future. "This design allows us to work with the key stakeholders to consider actions necessary to re-evaluate our current practice of restricting bicycles to folding models," he wrote.

As SFMTA waits to receive its first vehicles, riders with questions about the new cars can contact the agency at LRV4Outreach [AT] sfmta.com for more information.