Profit margins can be thin in San Francisco eateries, but one restaurateur has a plan for offsetting low revenue and high taxes — opening a cannabis dispensary across the street.

According to the Bay Area Reporter, Flore owner Terrance Alan has applied for a change of use permit to open Flore Store, the neighborhood's second dispensary. If approved, the pot shop would replace Gloss N' Glam (258 Noe Street between Market and Beaver). 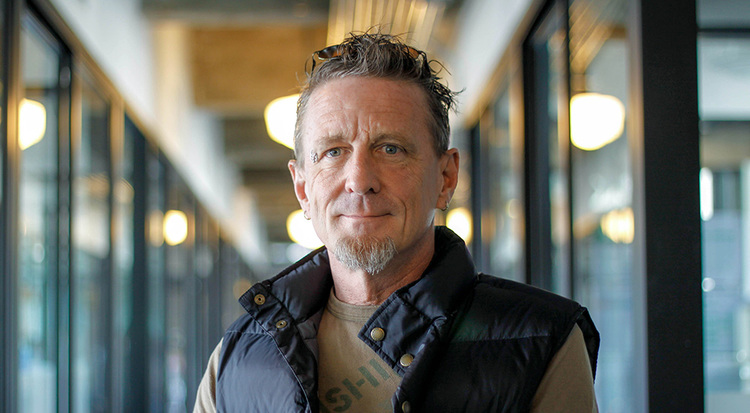 Alan is also seeking to legalize an existing short-term residential hotel on the second floor. Planning documents show that the space is used for employees, visiting artists and performers, but has not been leased for more than 15 years.

The Planning Commission will hear their proposal in July. We reached out to the nail salon to see if it plans to relocate, but did not receive a response.

Alan and Aaron Silverman purchased Flore last year. Prior to that, he chaired San Francisco's Cannabis State Legalization Task Force and advised the city on how to regulate the industry under State Proposition 64.

Cafe Flore currently operates an off-site kitchen in the back of 258 Noe which was approved with the help of then-Supervisor Scott Wiener in 2013.

"The challenge of Flore is it isn't a business that makes sense. It doesn't make a lot of money," Alan told the Bay Area Reporter. "We just got hit with new increases in rent and taxes, so the Flore Store is a necessary adjunct to the survival of the Flore cafe."

One of the changes Alan advocated as member of the legalization task force was reducing the required buffer zone between schools and dispensaries from 1,000 feet to 600 feet.

The change made the property at 258 Noe Street eligible for being converted to a cannabis retail store. Previously, it had been within the 1,000-foot threshold of Everett Middle School at 450 Church Street.

To set up the new shop, Alan has partnered with Jeff Linden, formerly of Medithrive, and John Wood, who will be the project manager at Flore Store.

Alan recently presented the dispensary's concept at the Castro Merchants May meeting and the group gave its preliminary support, according to the Reporter.

Along with changing the use of the space, Alan plans to alter the building's exterior, including bringing back an original brick facade currently covered by vinyl siding.

Construction costs are estimated at $100,000 and the project is designed by San Francisco-based Levy Art + Architecture.

If the change of use is approved in July, Alan plans to open the new cannabis retail store by late October or early November.

In a statement to Hoodline, Gloss N' Glam's Mary Ann Nguyen said, "Our lease ends May 31st but we have been offered to stay another three months through August." "We would like to stay in the neighborhood and we're currently looking for another location in the Castro."