Respected local pitmaster Matthew Horn is finally opening the doors of Horn Barbecue (2534 Mandela Parkway) this weekend in the former Brown Sugar Kitchen space near the West Oakland/Emeryville border. Despite a pandemic and an economic downturn in which some local governments are bending over backwards to accommodate a struggling restaurant industry, the City of Oakland did not make this easy for Horn.

Hoodline previously reported that Horn Barbecue was slated for a Sept. 26 opening, but that date came and went after a previous setback — a mandate from the city that Horn move his smoker indoors — turned into yet another complication: the need for a brand new ventilation hood to accommodate the smoker.

As Horn told the Chronicle two weeks ago, "It wasn’t just the fact that I had to put the hood in. For me to put the hood in, I had to tear down walls, I had to create new electrical wiring, which was easily over $100,000. This whole process of getting this restaurant to where the city wanted it has approached or exceeded $500,000."

But hopefully he'll be able to recoup those costs through the sheer pent-up demand for his acclaimed barbecue. A surprise preview he hosted on the weekend of October 10, in which he accepted pre-orders for takeout online, reportedly sold out fast and drew lines of hungry patrons waiting to pick up their food. 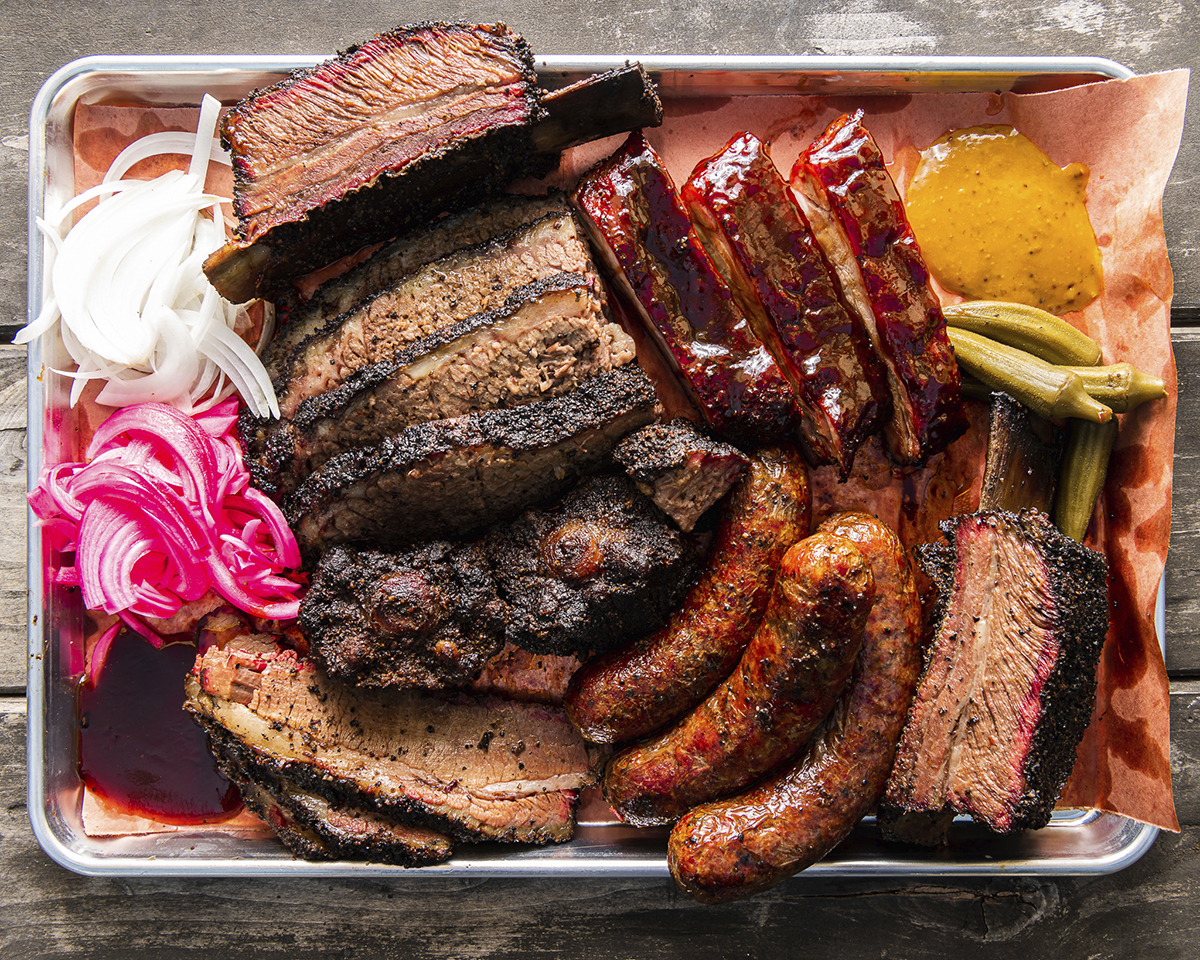 Horn Barbecue is now home to the only indoor smoker in California, as KQED reports (this can't be confirmed). And Horn's work in the barbecue arts has been much hyped in the pages of the Chronicle and on Eater in the last few years, following pop-ups in which people stood in line for hours to taste his tender brisket and perfectly juicy smoked beef ribs. After word arrived in August 2019 that he'd snagged the old Brown Sugar Kitchen space on Mandela Parkway, with overly optimistic plans to open last year, the excitement has only been building.

Seating at the new spot will be outdoors and indoors at 25% capacity, with some of that on stools around a 750-square-foot "pit room."

Good barbecue has been hard to find around the Bay in recent years after the closures of longtime neighborhood mainstays like Brother-in-Law's BBQ in San Francisco and Flint's in Oakland. Newer upstarts like 4505 and Phat Matt's have filled the void, and multiple pop-up pitmasters have passed through the Bay Area only to disappear. Many seem eager to crown Matt Horn the new "king" California barbecue, and now he has the stage to do it on.

Favorites from his pop-up days, like smoked brisket, beef ribs, pulled pork, turkey, and spareribs, will all be on offer, along with smoked chicken, hot links, and sandwiches. On Saturdays, there will be whole hogs, as well, along with specials with like oxtails and lamb shoulder. Sides include the standards: pit beans, collard greens, black-eyed peas, potato salad, cole slaw, mashed potatoes, and cornbread. And we're told wife Nina Horn's bread pudding can't be beat.

Horn Barbecue opens for business on Saturday, October 24, at 11 a.m., and it will be open Thursday through Sunday until further notice. Closing time is whenever they sell out of meat.