The whole city was vibrant and damn near magical for weeks before the big night as visitors poured into town just to take their place in one of the greatest costume parties on earth. It was Halloween in the Castro, and it is now the stuff of legends.

For the LGBTQ community, flocking to queer mecca on October 31 was almost a right of passage. At its height, about half a million revelers showed up to drain the bars and fill the street in elaborate fashion. It was the epitome of what San Francisco once was, until it wasn’t. The massive soiree came crashing to a violent end in 2006 after 10 people were injured when someone shot into the crowd. Nine people were shot and one was trampled in the chaos.

Though it wasn’t the first time violence erupted during the annual block party, it was that moment that marked the end of an iconic era when the sanctioned and permitted street party was shut down.

What eventually became the epic Castro Halloween street party actually got its start in Polk Gulch, which The Bay Area Reporter dates all the way back to the 50s. When cross-dressing was illegal and homophobia was on full and proud display, it was the one precious night each year when dressing up was less likely to end in arrest or assault. Long before the Castro evolved into the robust LGBTQ community that it is, Polk Street was the place to be on Halloween.

Unfortunately and all too predictably, the Polk Gulch party also met with violence 1977 when Robert Kerns, a 32-year-old waiter at The Grubstake, was found murdered in his apartment, still wearing his Halloween gown. The grandest and gayest Halloween had moved over to the Castro by 1979 where it ballooned in size year after year, largely unsanctioned but for a time under the holy guidance of the Sisters of Perpetual Indulgence. 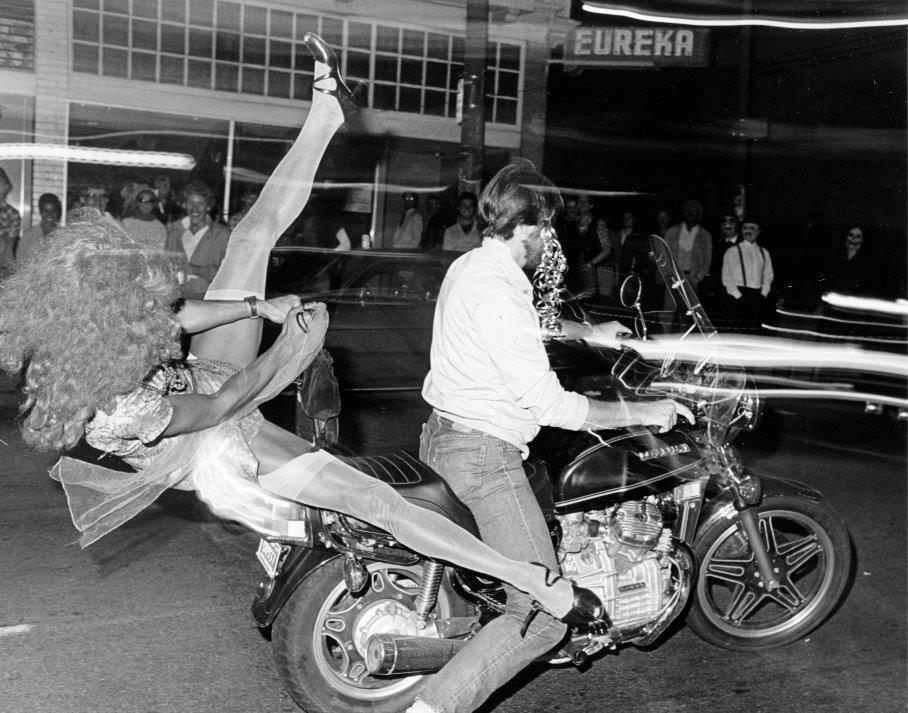 The ‘Sisters’ in nun outfits and painted Venetian faces would use the debaucherous event to also do some good -- they notably raised thousands of dollars in donations just after the Loma Prieta earthquake.

But they gave up managing the event by 1995, telling the San Francisco Chronicle, "It was getting too big and unmanageable. We were just volunteers with day jobs, and we couldn't take the risk if there was serious violence."

Before the great migration from the increasingly violent Polk Gulch, the Castro had its own straight-edge, family-friendly Halloween tradition that began in the 40s when the area was primarily an Irish-Catholic neighborhood. As expected, the costumes were not quite as fabulous.

As SFGate has reported, Cliff’s Variety organized a children’s costume contest each year for about three decades, originally headlined by Stanislaus, the paper mache dinosaur with a hired human inside to scare the kiddos. The kid’s costume party ended when the “Gay Mardi Gras” began. Ernie Asten, the family store’s owner at the time who embraced the changing community, had a pie smashed into his face just after cataract surgery in that first year and asked his family to shut down the kids’ event. Asten died the next year. 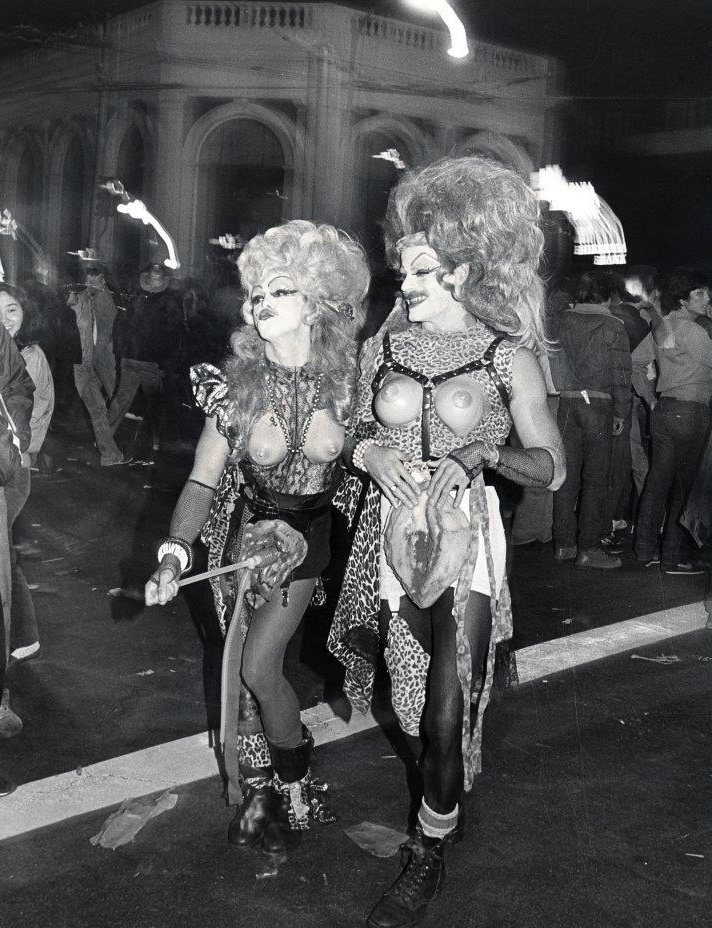 The Halloween street party, in all its iterations and locations, has seen its share of violence and disruptions, even in years since its official shutdown. But it was also a wholehearted celebration of freedom, a brilliant and glamorous stand against stigma and oppression. In many ways, it was the precursor to Pride. And like the rest of the bygones that once made San Francisco great, it is sorely missed.

As a heavy aside, of all the years to “damn the man” and head to the Castro anyway, this is not the one. With a raging pandemic that doesn’t take kindly to drunken gatherings, city officials are essentially begging people to stay in and handle their revelry at home. In a joint statement, Supervisor Rafael Mandelman and Castro Merchants President Masood Samereire said, “please don’t come to the Castro looking for a party. … If you see a crowd gathering, please go home.”