Major League Soccer this week released a list of its 25 greatest players of all time, and four of them have played for the San Jose Earthquakes, including current player Chris Wondolowski. A fifth was an assistant coach in San Jose.

Chris Wondolowski, Landon Donovan, Jeff Agoos, and Dwayne De Rosario made the unranked list, as did Steve Ralston, who served as an Earthquakes assistant coach from 2015 to 2018.

“Extremely honoured to be a part of this extensive list of legends,” Dwayne De Rosario, who played for the Earthquakes from 2001 to 2005, wrote on Facebook.

The 25 Greatest list is part of Major League Soccer’s celebration of its 25th season – albeit a strange one under Covid conditions.

The MLS said it brought together a panel of close to two hundred experts to choose 25 players “who achieved the most on the field, drove the narrative off the field, and helped lay the foundation and set the course for MLS’s next 25 years,” according to the Earthquakes’ announcement.

“They all did fantastic things for our club,” commented fan Lars Joehnk on the Earthquakes' Facebook page.

Two of the players, Wondolowski and Donovan, are the league’s first and second top goal-scorers in its history. Wondolowski, who’s played for the Earthquakes since 2009 (after a previous stint in 2005) has scored 166 goals.

Donovan, who was with San Jose from 2001 to 2004, before angering fans by leaving for arch rivals the L.A. Galaxy, scored 145 goals for second place. 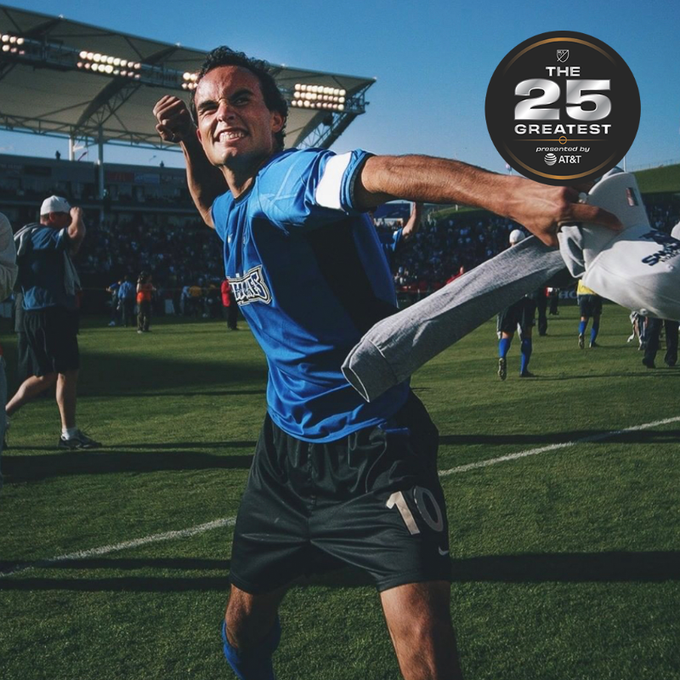 Fans responded enthusiastically on social media, with special kudos for current player Wondolowski, a mostly forgiving attitude towards Donovan, and many reminiscences about all the past players’ stints with the club.

“About damned time,” added user J Alan Fagan. “Not to mention 10 consecutive seasons of 10+ goals (and this season would have been 11th had it been a normal series of matches).”

Below are some of the career highlights for the four players that the MLS panel used in selecting their 25 Greatest.

Jeff Agoos (with the Earthquakes in 2001-2004) won the MLS Defender of the Year award in 2001, was a five-time winner of the MLS Cup – second-most in league history – and twice won the Supporters’ Shield, U.S. Open Cup, CONCACAF Champions Cup, and Copa Interamericana. Agoos was a nine-time MLS All-Star selection. 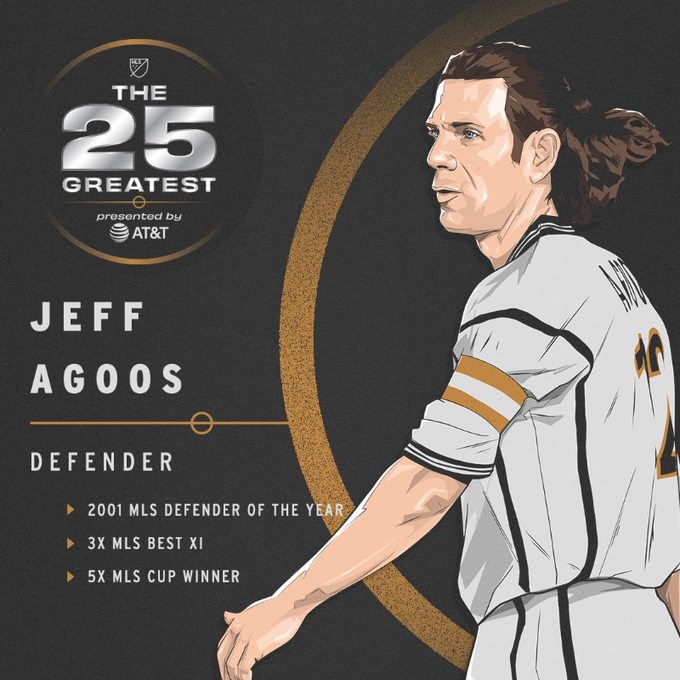 Dwayne De Rosario (with the Earthquakes in  2001-2005) was a six-time member of the MLS Best XI, winner of the MLS Most Valuable Player award in 2011, and won the MLS Golden Boot in 2011. He scored 104 league goals, putting him ninth in all-time goals scored in the MLS. De Rosario was also a four-time winner of the MLS Cup, twice named MLS Cup MVP (2001, 2007), and won the Supporters’ Shield and U.S. Open Cup. He was an MLS All-Star selection seven times. 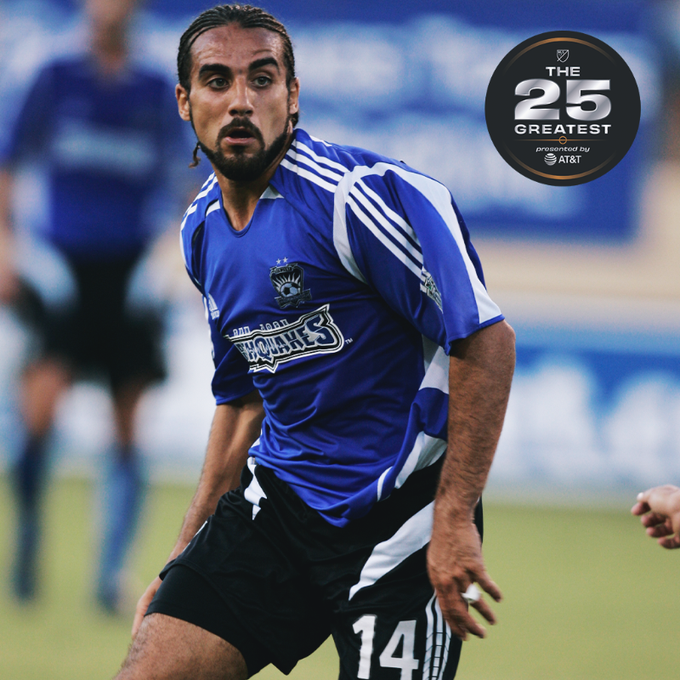 Landon Donovan (with San Jose 2001-2004) was an MLS All-Star more times than any player in league history (14 times), had the most MLS Cup wins of any player (six) and named to MLS Best XI the most times of any player (seven). He also has the second-most career goals and is all-time leader for assists. He was the MLS Most Valuable Player in 2009, won the 2008 MLS Golden Boot, and was twice MLS Cup MVP. Donovan was also a two-time winner of the Supporters’ Shield, and winner of one U.S. Open Cup championship.

Chris Wondolowski (with the Earthquakes in 2005 and 2009-present) is the league’s all-time leading goal scorer and tied for the then-single season goal-scoring record in 2012. He’s was also 2012’s MLS Most Valuable Player, twice won the MLS Golden Boot (2010, 2012), was named to MLS Best XI on three occasions and has been an MLS All-Star selection five times. Wondolowski is also a two-time MLS Cup champion.