Visitors to the new Market Park San Jose shopping center will be able to sample trendy Korean-style desserts at a new SomiSomi soft-serve ice cream shop in the center.

The dessert chain has leased approximately 1,100 square feet of space, according to the website for the Market Park San Jose project. SomiSomi already has shops in Santa Clara and Cupertino.

SomiSomi is best known for serving whimsical fish-shaped Ah-Boong ice cream cones – which could also be known as the mother of all soft-serve ice creams. 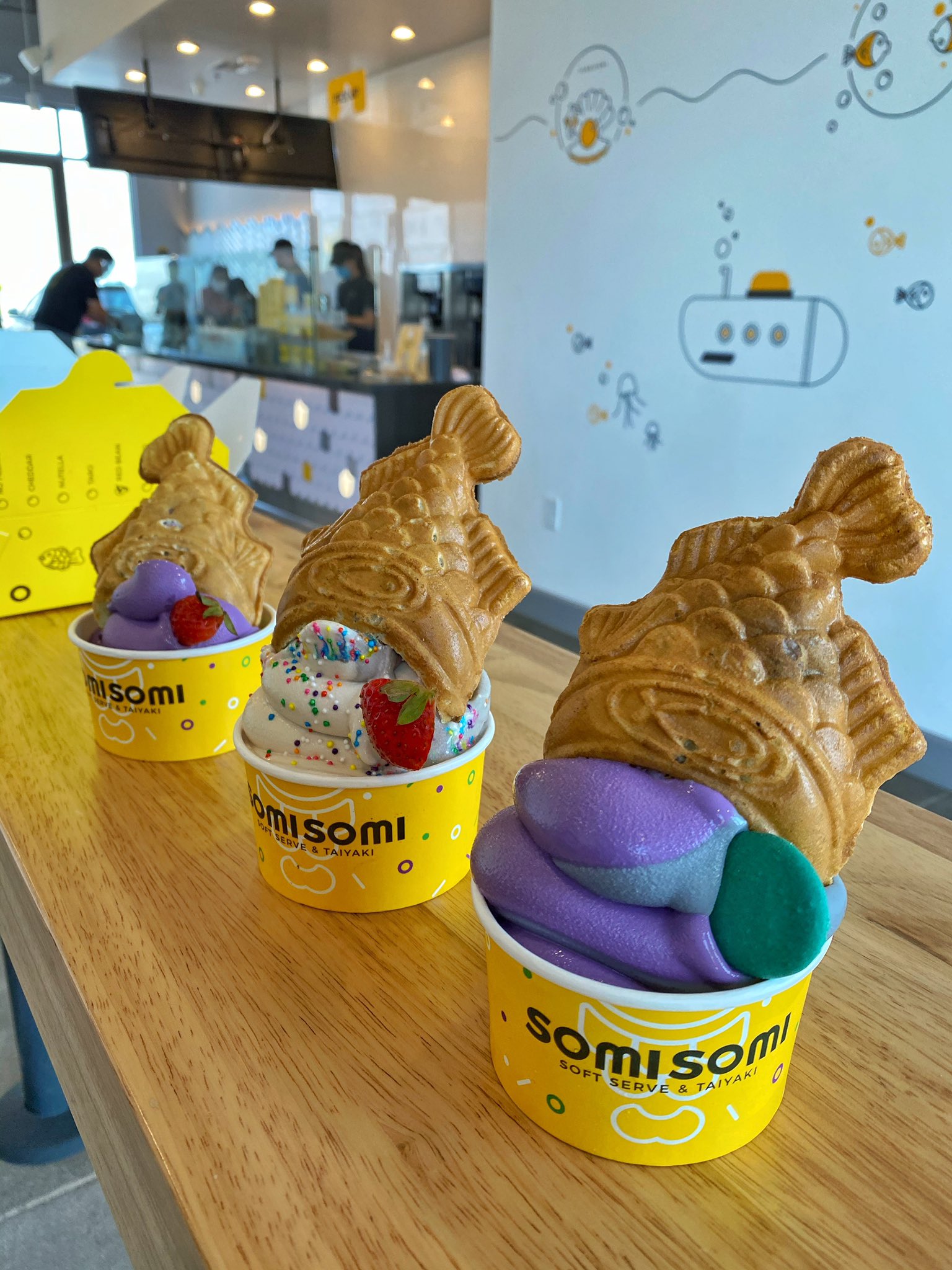 The Ah-Boong dessert begins with a waffle cone shaped like a fish. The cone is then filled with a choice of filling, with options including custard, nutella, red bean, red bean and cream cheese and taro.

Customers can also go for just the fish-shaped waffle cone (called taiyaki) served warm with filling, without ice cream, or for just a traditional soft-serve (but what fun is that?).

Dixie Divine, CEO of the real estate firm that represented SomiSomi in its lease negotiations, told that outlet that the dessert shop should open in the third quarter of 2021.

The new SomiSomi dessert shop will be located at 1477 Berryessa Road, Suite 20.