Maison Danel, the new French bakery and tea salon from the owners of the long-running Baker Street Bistro, serves up classical continental delicacies in an elegant Belle Epoque-esque setting, with a bit of San Francisco lore mixed in.

That last is in the eatery's gorgeous pastry creation, Le Magnifique, which harkens back to the early days of the City by the Bay (and also recalls the city's long and storied French past).

"Le Magnifique was inspired by the city of San Francisco and its history as a beacon for opportunity," says David de Betelu, co-owner of Maison Danel with his husband Danel de Betelu. "The shape of the pastry is meant to evoke a ship sailing into the San Francisco Bay. The gold leaf is a reference to the Gold Rush. And the name itself is a name you'd give to a ship in French." 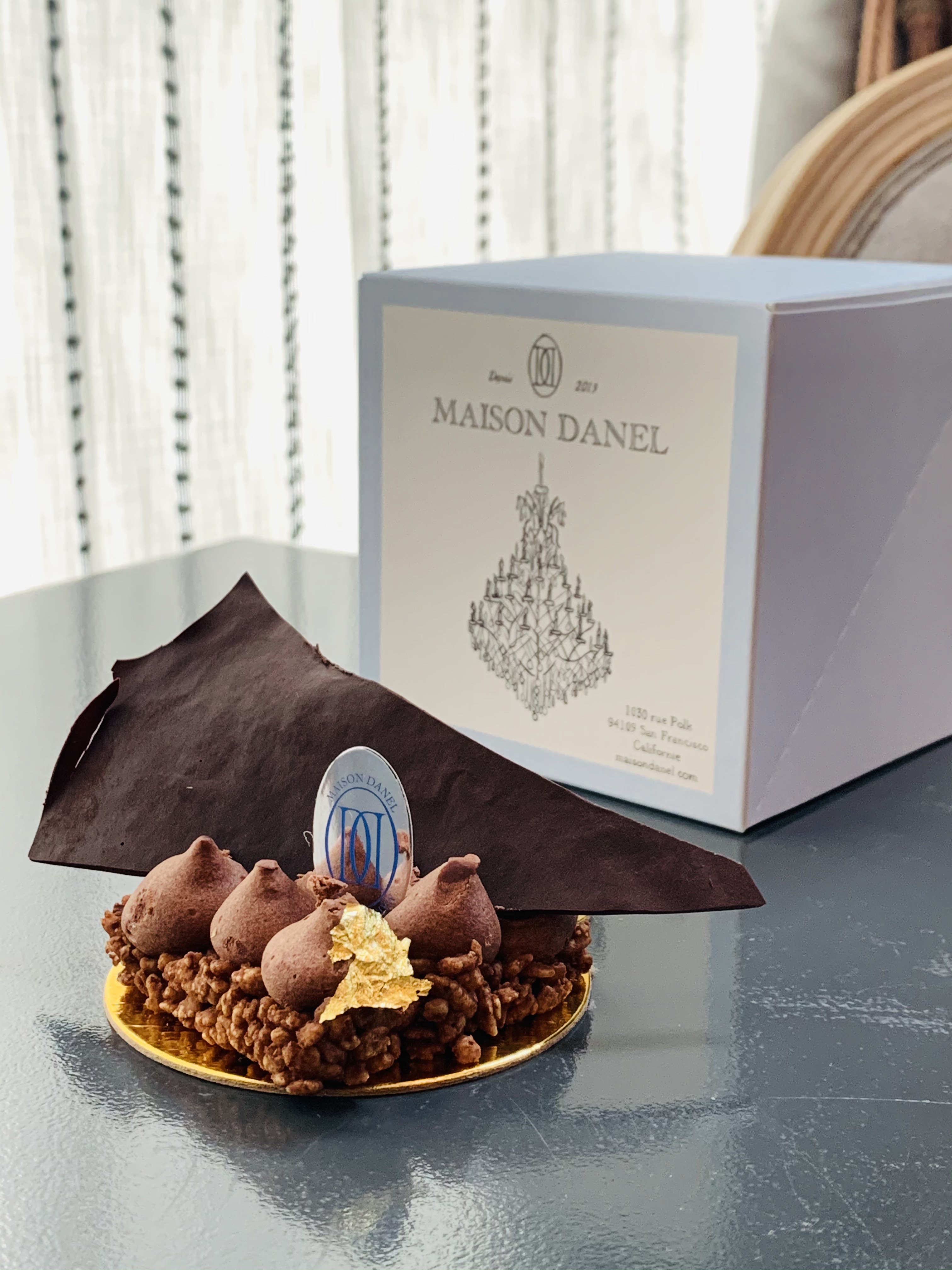 The Polk Street teahouse opened its doors exactly four weeks before the pandemic forced them closed again, but it kept going with to-go items, even as the owners shuttered their Baker Street Bistro in summer 2020, after close to 30 years in business.

"It wasn't how we had planned to celebrate our one-month anniversary!" admits David. "We are thankful for our regular guests who have supported us through this tough period. Right now, it feels like a new beginning. We were open for such a short period of time last year before we had to shut down, so the reopening gives us a chance to reintroduce ourselves to San Francisco. We are seeing more people who have been seeking us out, but foot traffic still has not returned to Lower Polk. We hope to expand our hours once the neighborhood picks up again." 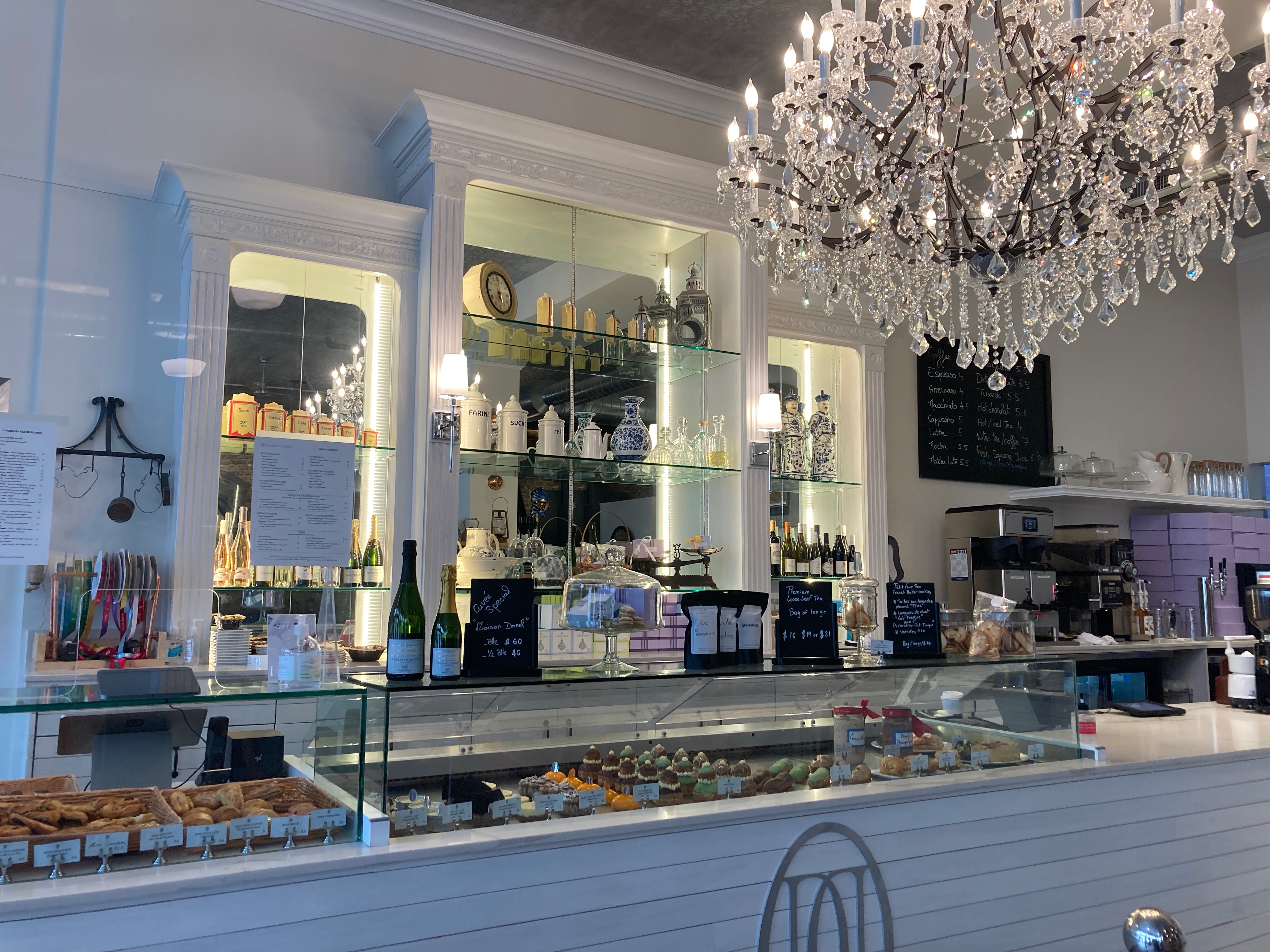 The restaurant is currently serving a mouth-watering brunch/lunch menu of traditional French dishes and other standards, including croque monsieur ($16), cassoulet (white-bean stew with duck-leg confit, sausage and bacon; $32), and a full complement of eggs, salads, and sandwiches. It also offers an afternoon high tea service, with a selection of sandwiches and pastries served on a classic tea tower. (There aren't many other places to mark a special occasion with this super-fancy and super-tasty tradition, Lovejoy's being another.)

And the pastry case is full of tempting treats, including the ever-popular macaron – made the old-fashioned way.

"Our macarons are unlike the typical Parisian macarons most peole are familiar with," David explains. "Ours are made the traditional way without any food coloring and less than half the sugar. They are light, airy, and incredibly addictive." 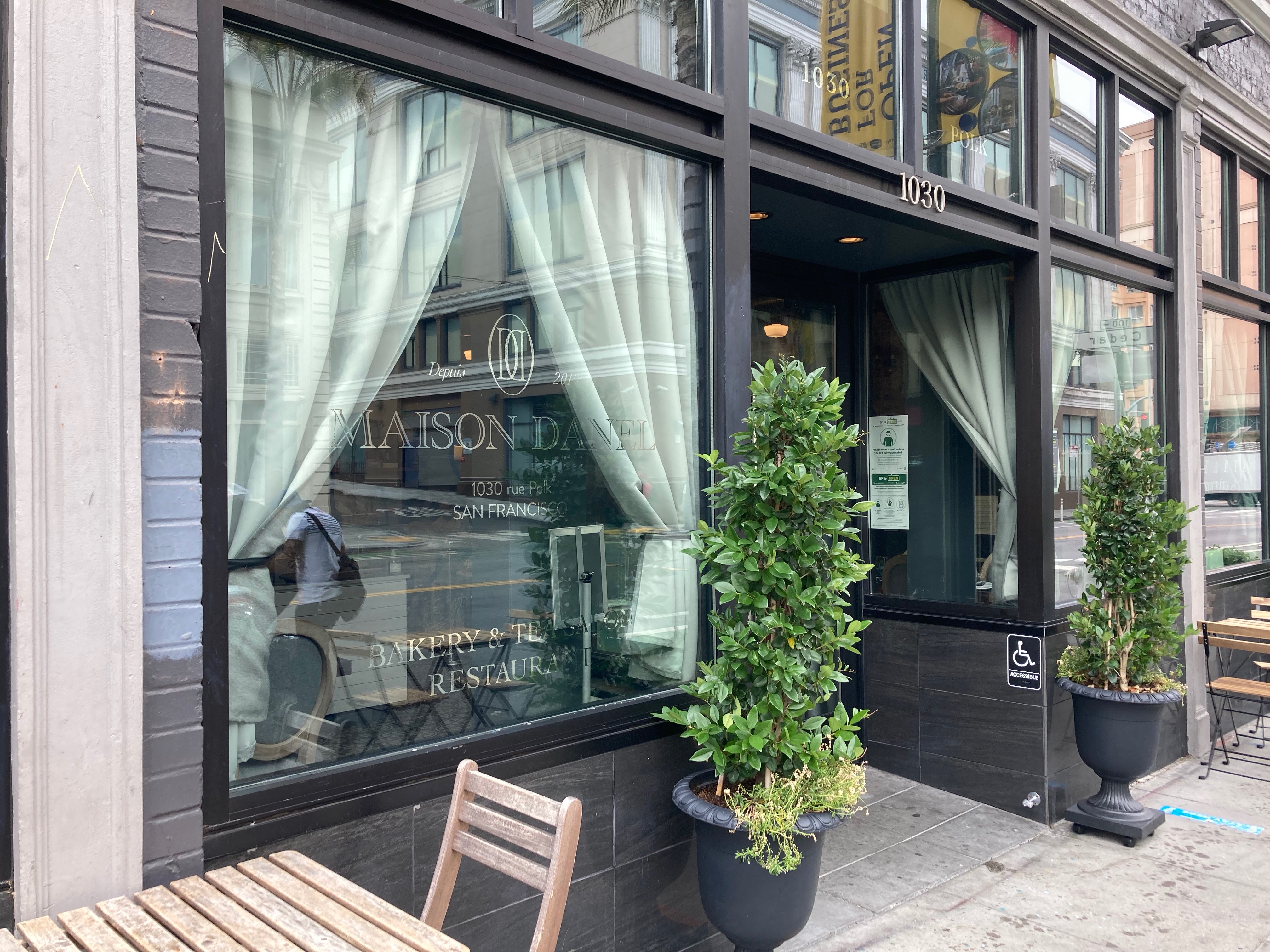 The culinary couple have also recently added three new kinds of sweets to their patisseries: eclairs and religieuses (a decadent tower of custard-filled pastry with a similar taste to an eclair) in chocolate, coffee, and pistachio flavors, plus canelés – a deceptively simple pastry from the southwest of France, where Chef Danel originally hails from (he's from the coastal resort town of Biarritz).

Danel's southwest French origins also show up in the labels on the pastry case, which refer to chocolate croissants as chocolatines. Americans usually know this delicacy in French as pain au chocolat, but it's also known in some regions as a chocolatine, sparking much good-natured sparring over the proper terminology. "We have a couple of Parisians at Maison Danel, and the debate between chocolatine vs. pain au chocolat can get heated!" David says.

San FranciscoPolk
About 9 hours ago