Santa Clara County may be getting a 'bicycle superhighway'

Getting from one corner of Santa Clara County to the other will be a lot easier if plans for a new "bicycle superhighway" come to a reality. Right now, county officials are looking into 3 alternatives that would pave the way for bike riders of all ages to pedal their way to several high-traveled areas in Santa Clara and San Jose.

According to San Jose Spotlight, the idea for a seamless bike path popped up in 2018 when the VTA released a countywide bike plan that would make it easier and safer for cyclists to get across the two cities. The agency is going to spend just over $900,000 to complete a study of one of three routes that gets chosen. The VTA released a map of the three routes that they are deciding on. They’re called the Shortliner, Trail Trackway, and Walsh Wizard. VTA scored each route on sustainability, access, joy, equity, compatibility, desirability, safety, and feasibility. 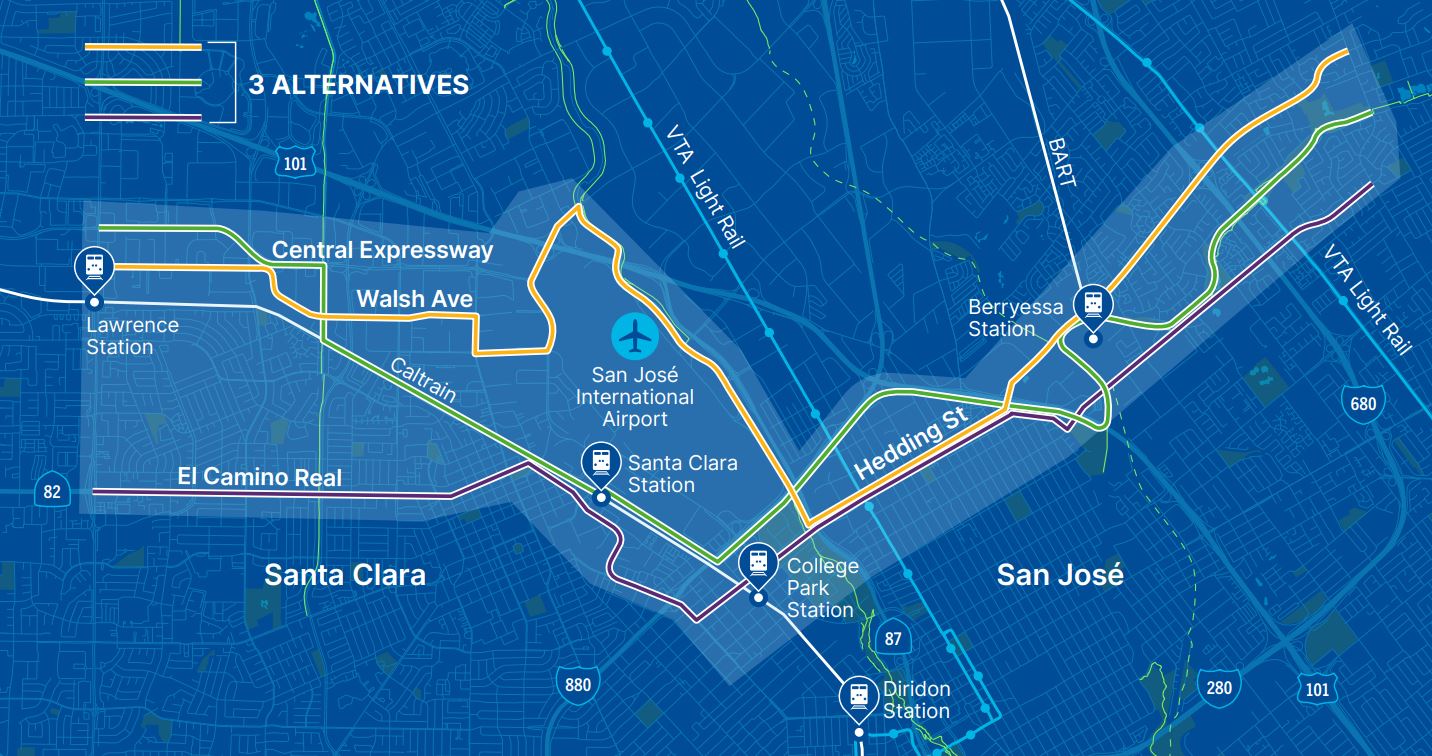 The Shortliner (marked in red on the map) had the best scores and would start along El Camino Real, which has become troublesome and scary for cyclists in the last few years. "I don't see a bicycle superhighway going down El Camino. I think a bicycle superhighway needs to be a little more separate from traffic," Erik Lindskog of the VTA’s Bicycle and Pedestrian Advisory Committee said during a recent meeting.

According to San Jose Spotlight, the Trail Trackway alternative (marked in green on the map) had the best scores in safety and equity. It utilizes trails along Penitencia, Coyote, San Tomas Aquino Creeks along with the parts of the Caltrain Corridor. The route is popular among riders but faces an uphill battle for approval because it would take new infrastructure to connect some gaps in the trails.

The Walsh Wizard route (marked in yellow on the map) would start along Kifer Road and utilize the Guadalupe River, eventually ending along Berryessa Road. VTA is planning more public surveys next month and may even look for more input at the Viva Calle street fair in September. It’s unclear so far how much the bicycle superhighway could cost to build and how long it would take once a route is chosen.