Another ambitious plan for a huge new tech campus is moving forward in downtown San Jose after a judge cleared the way for a building on the site to be demolished. The CityView bank building at 199 Park Avenue is highly regarded in the architectural world. The Preservation Action Council claims the building is a prime example of the architectural style known as brutalism, which has a minimalist or utilitarian appearance, and exposed concrete construction with big columns and very few windows. But according to the Mercury News, a judge denied the petition from the group, which was trying to stop the building from being torn down.

The brutalist style gained popularity in Great Britain after WWII because of its lower costs. The bank building was built later, in 1973. The Preservation Action Council thought the planned office towers for the site could be constructed around the building but the judge disagreed.

“Substantial evidence supports the city’s finding that keeping the building is infeasible, in light of technical and economic considerations, project objectives, and the city’s general plan,” the judge wrote in the decision obtained by Mercury News.

The judge also said in the ruling, “it could potentially be used as an office or event space, but reuse may be limited due to the design of the structure, which is relatively small and has limited natural light within the building.”

But members of the Preservation Action Council disagree. “Every period of architecture has gone through a phase where it is seen as ugly and obsolete. But a later generation often regrets the decision of the prior generation to treat these buildings as ugly and disposable,” Preservation Action Council executive director Ben Leech told Mercury News.

The CityView Plaza project that will span over the site is one of the biggest for the city of San Jose. Three 19-story office towers will contain around 3.6 million square feet of space in between South Market Street, West San Fernando Street, Park Avenue, and Almaden Boulevard. They will be connected by sky bridges and will also feature 24,000 square feet of retail space on the ground floor. An estimated 14,000 people could work in the towers that are expected to be filled up by large tech or finance companies. 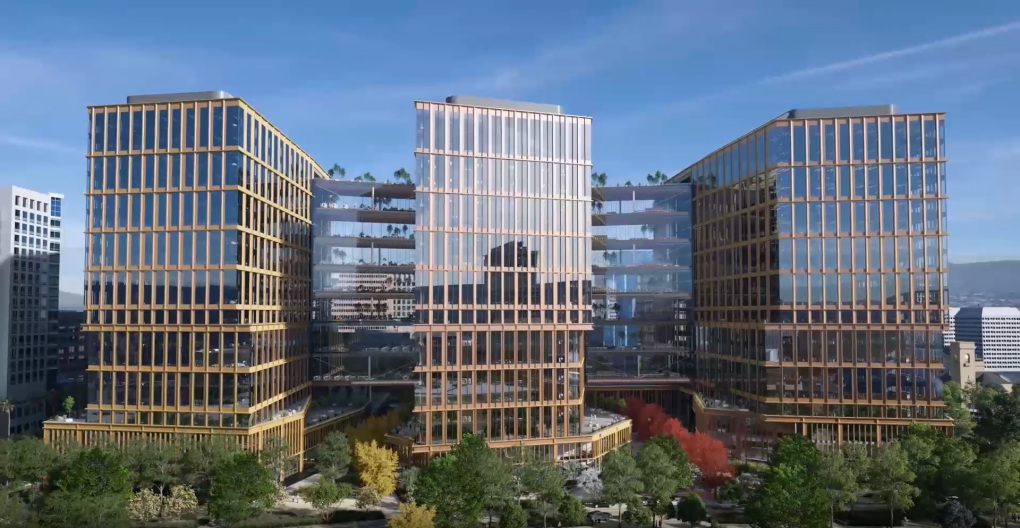 Experts and city officials agree that the project will be a game-changer once it is done. “The CityView development is one of the biggest and most important projects that has ever been proposed in downtown San Jose,” executive director of the San Jose Downtown Association Scott Knies told the Mercury News. “It’s a huge project in terms of people and square footage. It’s the center block, it would be the biggest thing yet for downtown San Jose,” Mark Ritchie of Ritchie Commercial told Mercury News.

The judges ruling on the bank building’s demolition was what had been holding up the project. The judge’s decision to allow demolition is tentative but developers are confident the recent ruling will stand. So far, no demolition timeline or project completion dates have been set.