The era of San Francisco Patrol Special Police (Patrol Special) officers patrolling the Castro is set to conclude at the end of the year.

Hoodline readers may recall that Clements took over for Patrol Special Officer John Fitzinger after he passed away in 2017.

Fitzinger, a retired Contra Costa County deputy sheriff, was a Patrol Special for 15 years, taking over the Castro beat after Officer Jane Warner passed away from ovarian cancer in 2010. Warner was hired in 1993 by then-beat owner Serge White. 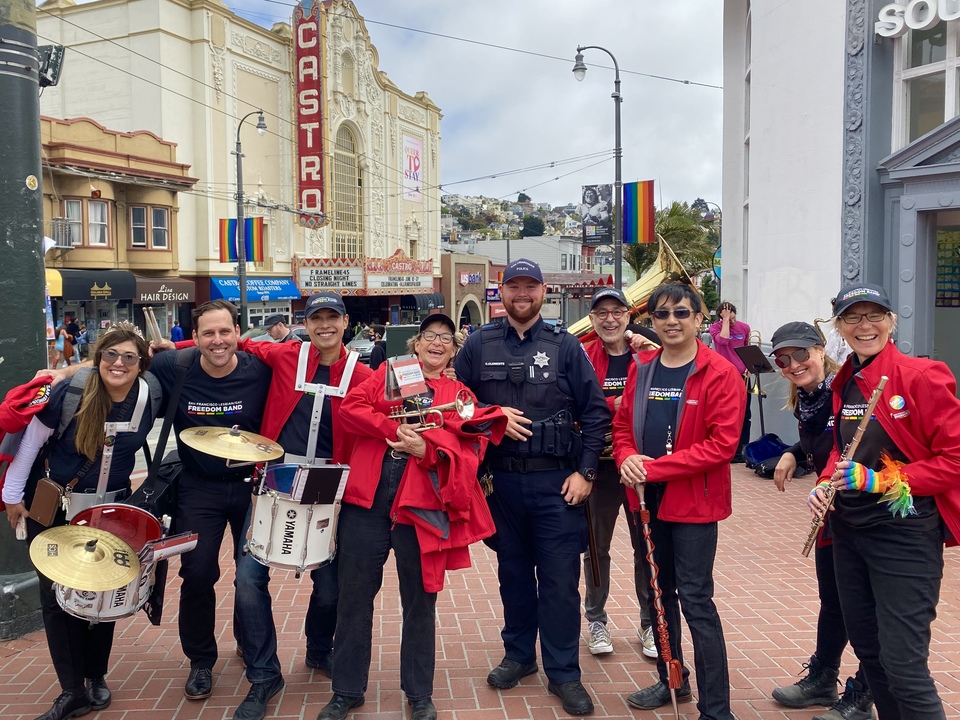 The Patrol Special Police were formed in 1847 and incorporated into the city's charter in 1856. Supervised by SFPD, its members are appointed and controlled by the rules and procedures set forth by the Police Commission.

According to its website, Patrol Special Police "provide police patrol services to individual businesses, private homeowners, and associations. Our primary role is that of Public Safety and Law Enforcement."

"I don't have retirement, medical, or benefits," added Clements. "Those are all things that are important."

Sworn in as a Patrol Special officer in 2017, Clements patrolled the Castro seven days a week. Clements and his staff of three assistant officers worked Sunday and Monday from 9 a.m. until 5 p.m. and Tuesday through Saturday from 3 p.m. until 1 a.m. 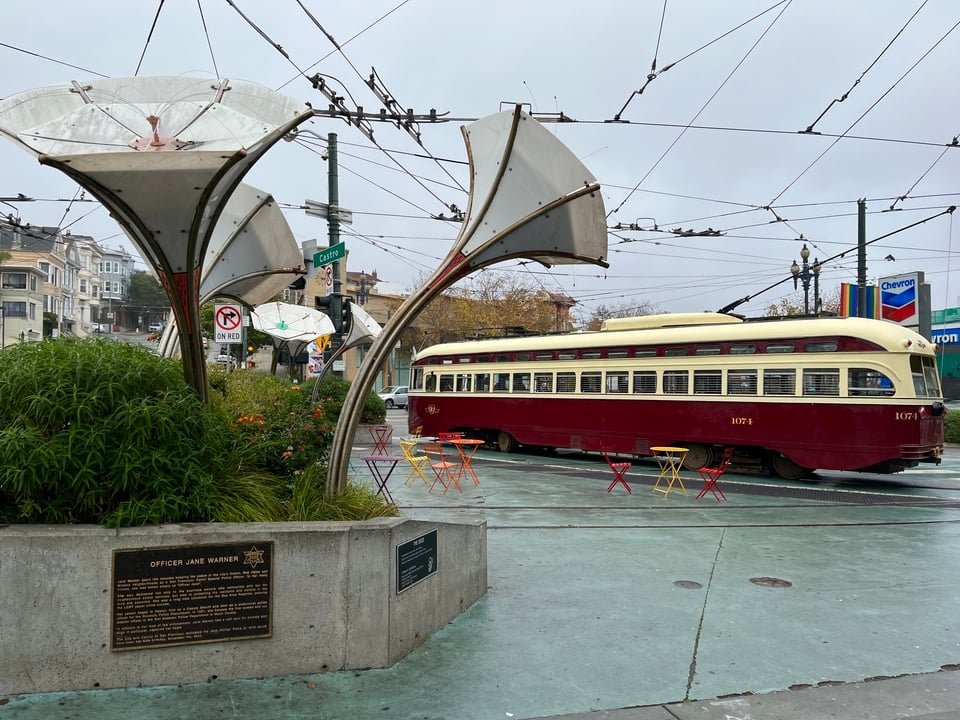 During the pandemic, Clements said he cut his hours back due to bars and nightclubs being closed.

Clements also had a separate contract with the Castro/Upper Market Community Benefit District (Castro CBD) to provide security on Fridays and Saturdays from 9 p.m. until 9 a.m.

According to Clements, attempts to sell his beat were unsuccessful. "In order for me to sell it, I have to sell it to somebody who already works for me," said Clements. "The three Patrol Special assistants that already work for me have no interest in buying the business."

Hiring new officers has proved difficult. "The city has made it impossible for me to hire people," said Clements. Clements tells Hoodline he was the last Patrol Special officer hired in 10 years.

Clements said he's had overwhelming support from neighborhood groups including the Castro Merchants and Castro CBD along with SFPD's Mission Station. "As far as higher up in the police department that's where it stops," said Clements.

Clements says he still owns the rights to the area. "I'm just not working it, but it closes down," he said.

In the interim, Clements can still sell the beat or come back and work it in the future, but he'd be starting from square one.

"The city has requirements where you can be inactive for a certain amount of time before they take it away," said Clements.

The number of Patrol Special officers in San Francisco has dwindled in recent years. With Clements' departure, the last remaining active beat is owned by Patrol Special President Alan Byard. Clements tells Hoodline one of his officers plans to work for Byard.

"They were constant fixtures in the nighttime community, in the Castro until 2 a.m. on weekdays and 3 a.m. on weekends," added Aiello. "Since the pandemic as many nighttime establishments closed, their hours shortened and they became much more of a call for service program."

"They have worked the Castro for years, know the trouble spots, know the troublemakers and also know when someone was having a bad day, needed help or was ready to accept shelter or treatment," Aiello explained. "There was mutual respect between Cody and many of the Castro’s street drug addicts and other unhoused folks."

"I do believe the Castro will miss the Patrol Specials," said Aiello. "But with their hours diminishing, their presence in the neighborhood was already dwindling."

Aiello said the only thing that could replace Patrol Special officers are "compassionate SFPD Patrols." "We have foot Patrols now during the day and they are fantastic, making a huge difference," said Aiello.

Aiello would like to see a dedicated patrol in the evening. "It would help encourage people to come out and frequent our restaurants and shops," said Aiello. 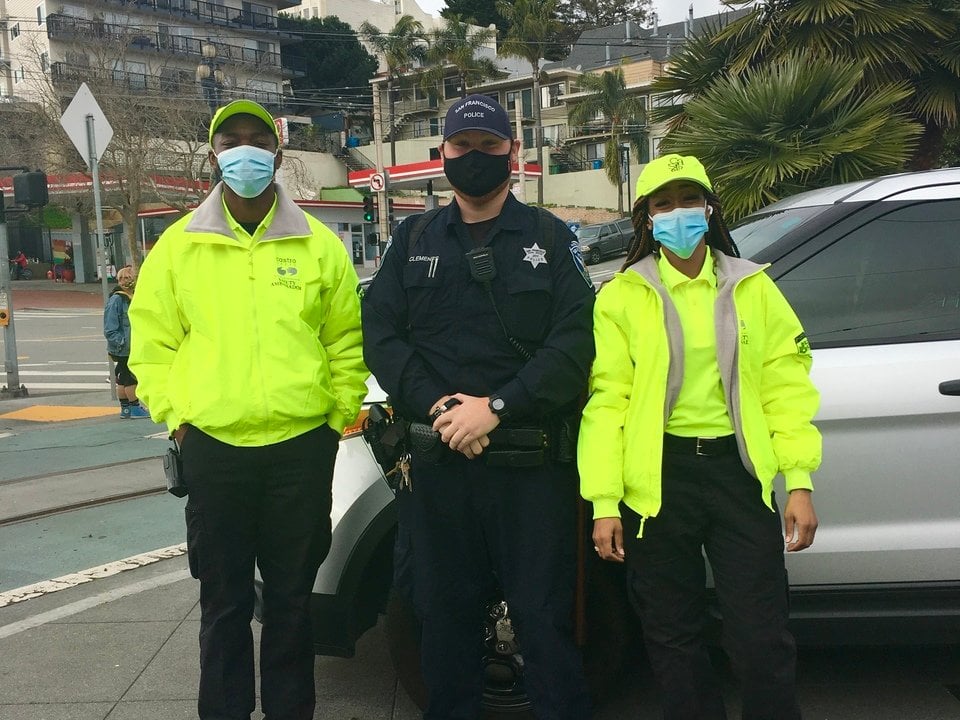 The Patrol Special has also worked closely with the Castro Community on Patrol (CCOP) since its founding in 2006. "Jane Warner partnered with us from the beginning as a trusted advisor to develop a model of being “first reporters” rather than “first responders” as we became an integral part of the fabric of Castro safety," explained CCOP's Greg Carey.

Carey explained that they worked closely with Warner and Fitzinger on a variety of events, rallies, and marches. "Her loss to cancer in 2010 was like losing a family member," said Carey.

Fitzinger's sudden death in 2017 made transitioning to Clements more difficult.

"Cody has done a great job of pulling himself up by his bootstraps and becoming an effective and trusted patrol officer," said Carey. "We want to congratulate him on his new role. But will greatly miss having him and his officers available."

Clements not only provided security for local merchants and businesses but he was also hired by local residents as private security.

Castro resident Marius Greenspan tells Hoodline that he and his neighbors along Hancock St. hired Patrol Special in 2016. "Crime and mischief dropped precipitously on the two of blocks of Hancock Street," said Greenspan. "None of the 64 residences who paid into this monthly contract dropped out unless they relocated."

"Additionally, it brought the neighbors closer together and united the neighborhood," added Greenspan. "Cody and his officers will be sorely missed." 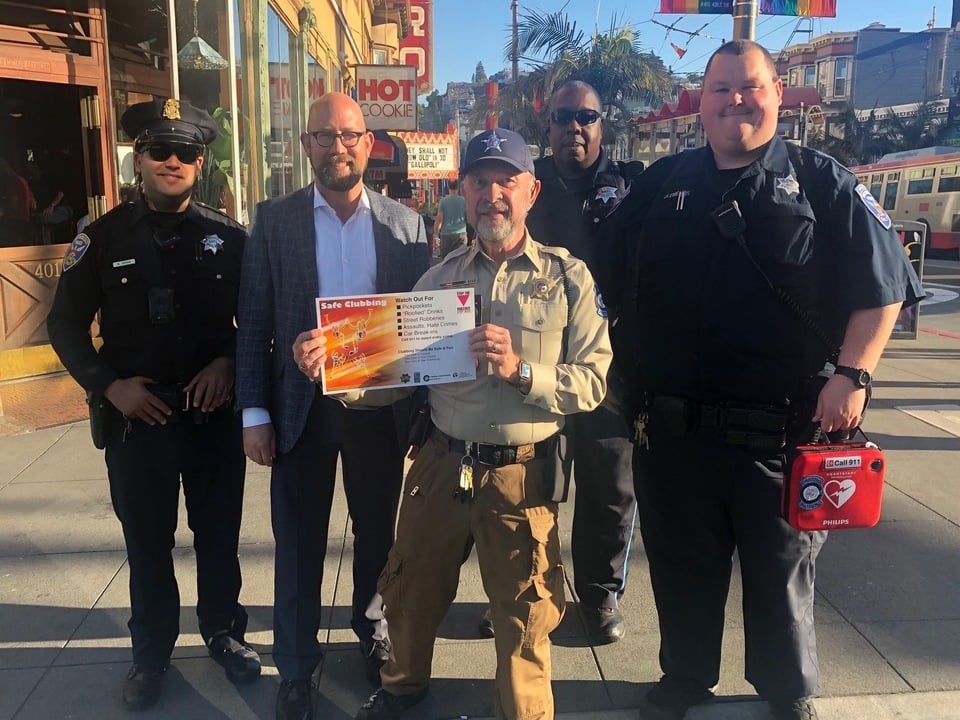 “Cody Clements, like the Patrol Special Officers before him, has been an important member of the Castro community and has played a big role in keeping the neighborhood safe," said District  Supervisor Rafael Mandelman. "If no one takes over Cody’s beat, the loss of Patrol Special will no doubt create challenges for the businesses and residents who have previously depended on them."

"We will be working with neighbors, merchants, the Castro CBD, and SFPD to find new ways to address the neighborhood’s public safety needs,” added Mandelman.

Clements will be honored for his four years of service at 2 p.m. on Sunday, December 12 at Jane Warner Plaza.

Update 3/9: Due to inclement weather, the event honoring Clements has been moved to the Most Holy Redeemer Rectory (100 Diamond St.) at 2 p.m.