Golden Gate Greenway returns this weekend to the Tenderloin

The Golden Gate Greenway will be back on Golden Gate Avenue in the Tenderloin this weekend, but just as a pop-up.

St. Anthony’s Foundation, an essential service provider and gateway center, is hosting the event at Sunday Streets on April 10th. St. Anthony's says it’s purchasing 100 plants with which it plans to create a temporary park. There will also be activities for kids and families. After the event, those 100 plants will be distributed to other businesses and community spaces across the Tenderloin to plant permanently.

Emma Jarvis, the chief of staff for the St. Anthony's Foundation, says they'd like to see the Golden Gate Greenway become a permanent fixture.

"This is an audacious project that aims to meet some of the needs of the neighborhood. The Tenderloin has 1.9 acres of parks for 30,000 residents, which comes out to about 2.5 square feet per person (compared to the city’s average of around 300 square feet). It’s a neighborhood where a lot of residents don’t feel safe going to the park (or even walking to the corner store), and where every block of every street is on the city’s high injury network. When we got a street closure during the pandemic, we learned that we could create an inviting, car-free outdoor space where people could access services and socialize, and where children could play," said Jarvis. 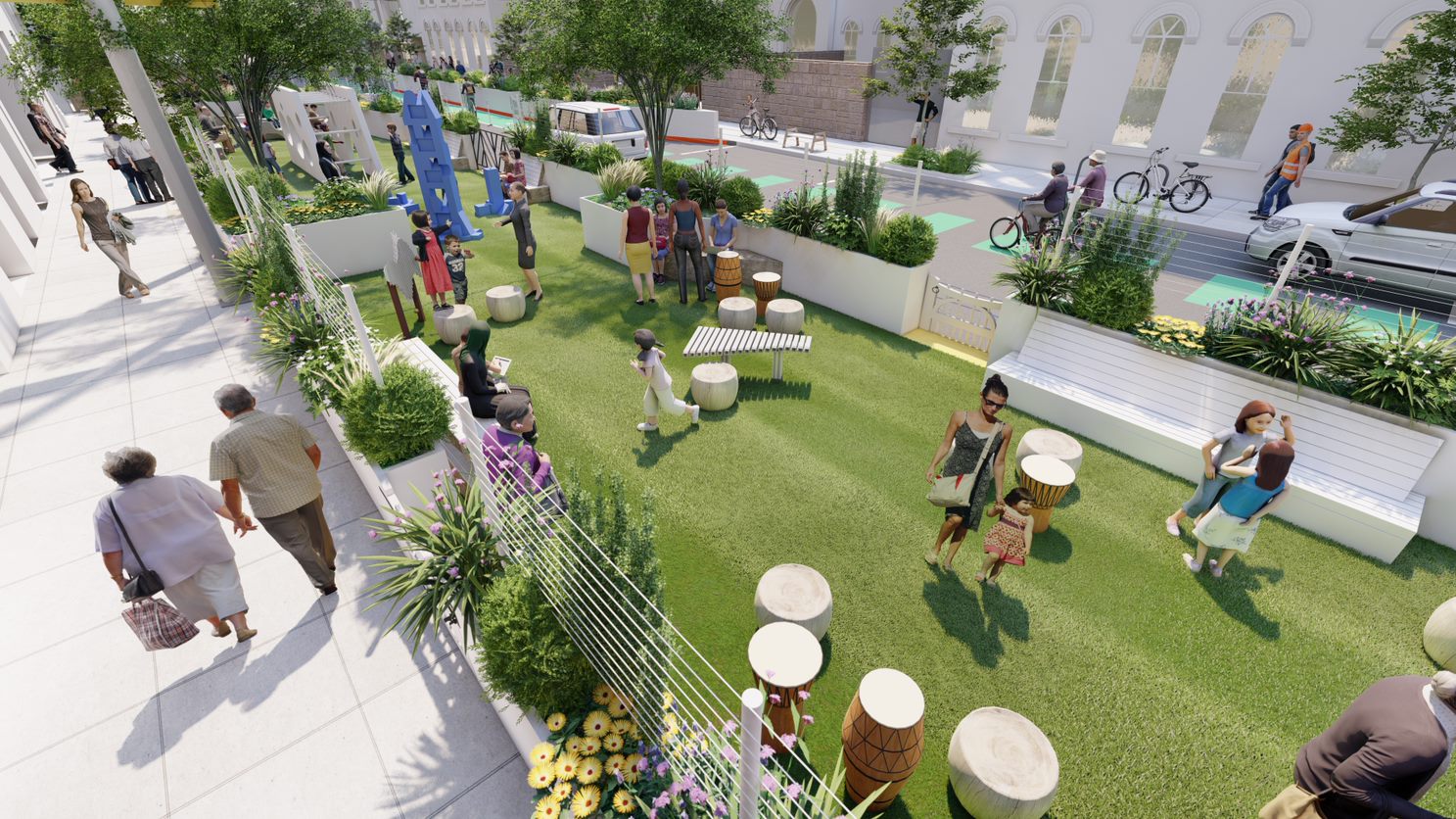 This is not the first event of its kind. Hoodline reported last year that St. Anthony’s ultimate vision for the Golden Gate Greenway is to break the 100 block of Golden Gate Avenue into sections specifically tailored to different age groups, with some spaces designated as play areas for kids, others for workers to meet, and still others reserved exclusively for people to rest.

In an effort to convince the city of its benefits, St. Anthony's is inviting visitors to write a postcard to Mayor London Breed and other city officials, advocating for a permanent Golden Gate Greenway in the neighborhood.

"We are asking for a permanent neighborhood greening project that centers the needs of Tenderloin residents. Part of the space will accommodate temporary or pop-up services, but the plan is for most of it to be permanent. Until we get to that point, we’ll keep using our temporary street closure to provide a home for services that serve the community," said Jarvis. "Right now, we’re waiting to hear back from the city about whether our long-term project can proceed."

The Foundation has been partnering with the Tenderloin Community Benefit District and other non-profits, collaborating on the creation of further events and a community park. It’s also been trying to get approval from the San Francisco Municipal Transportation Agency to work toward that same goal.

San FranciscoTenderloin
About 1 hour ago